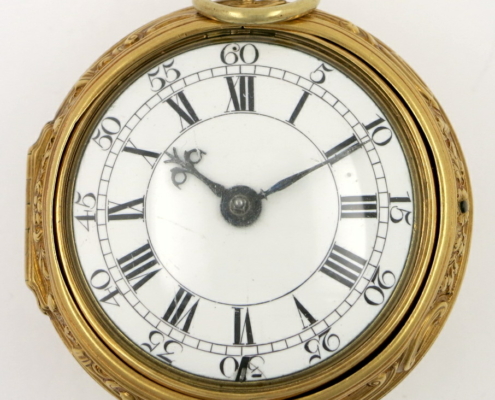 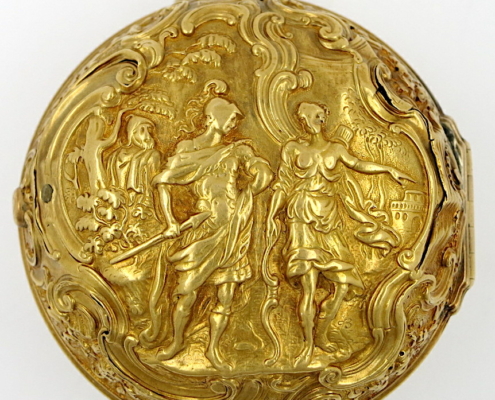 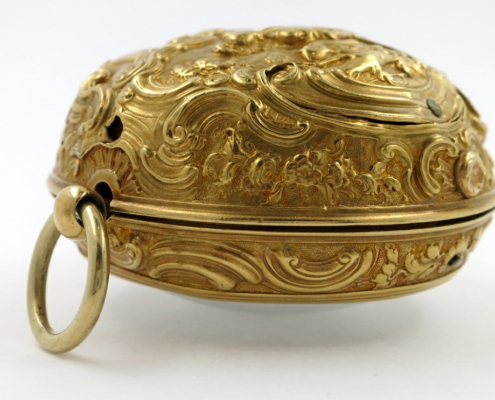 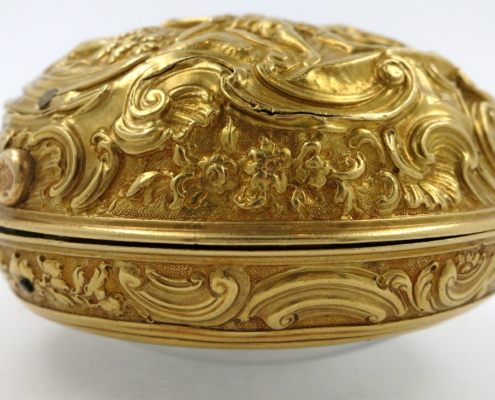 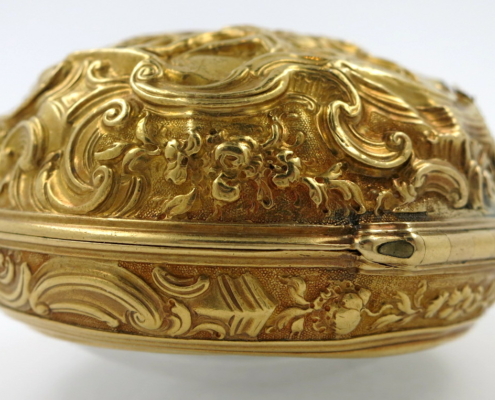 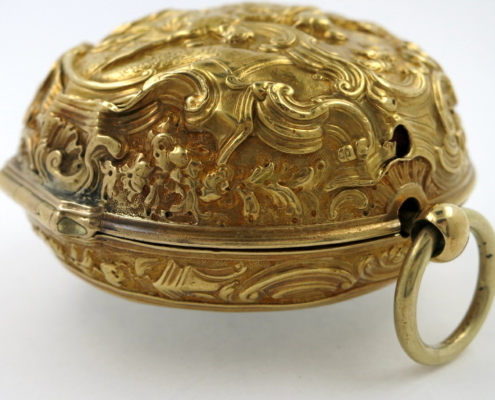 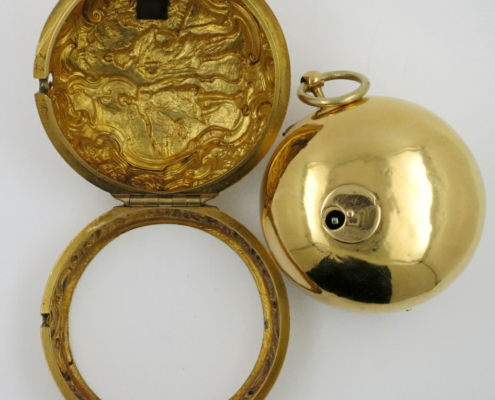 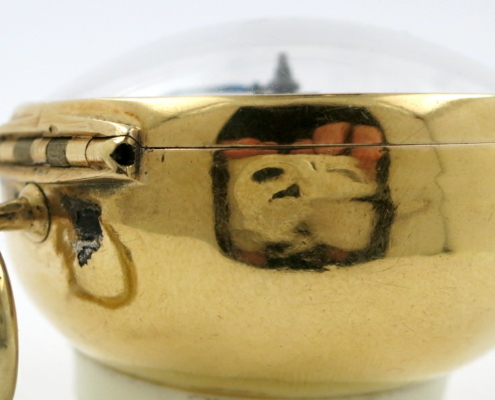 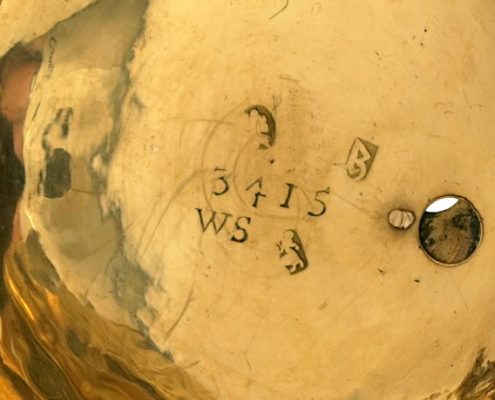 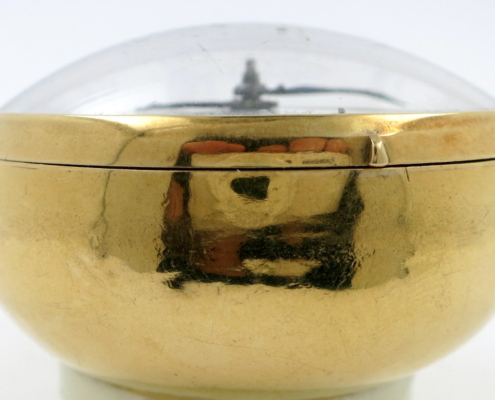 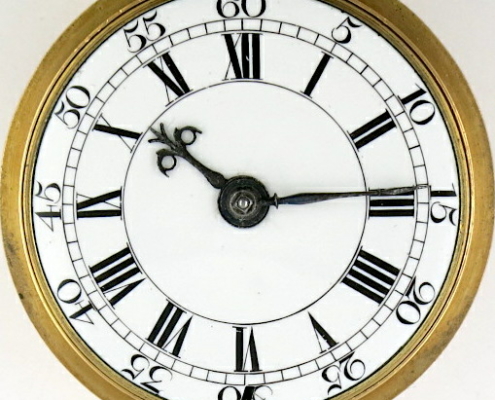 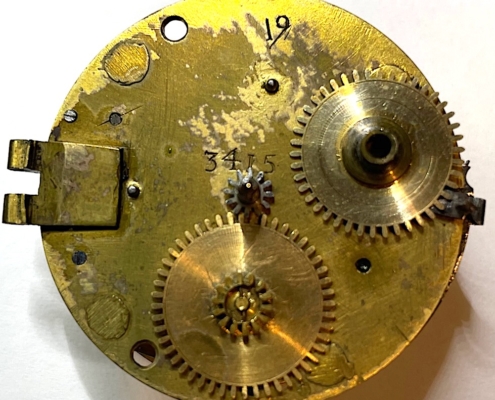 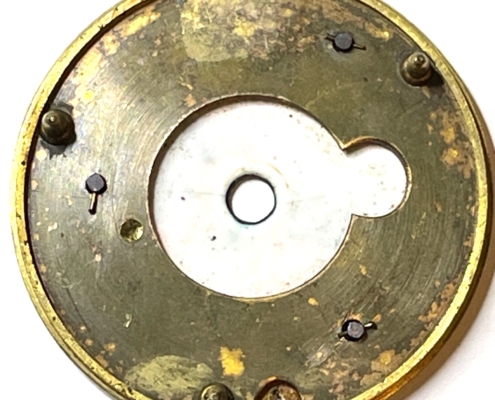 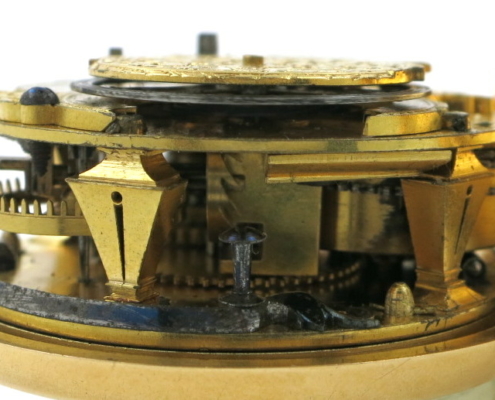 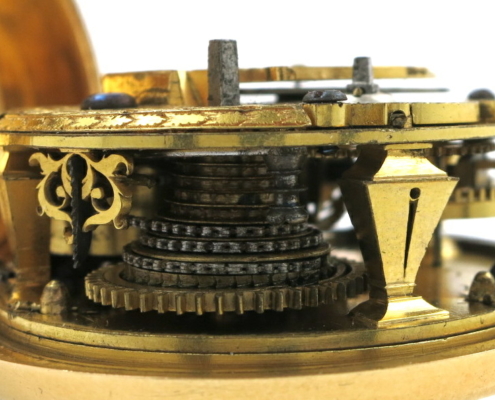 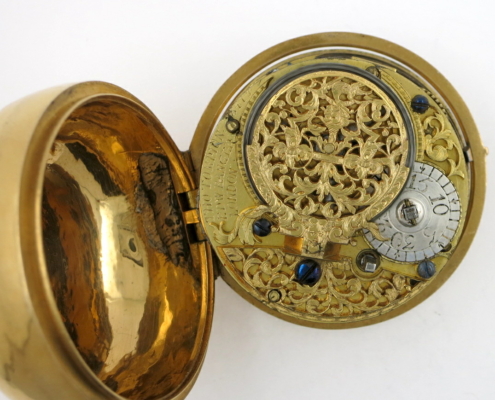 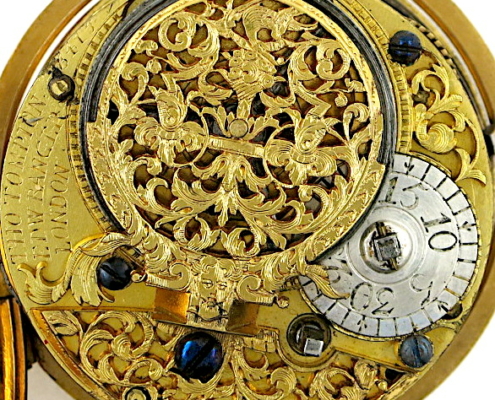 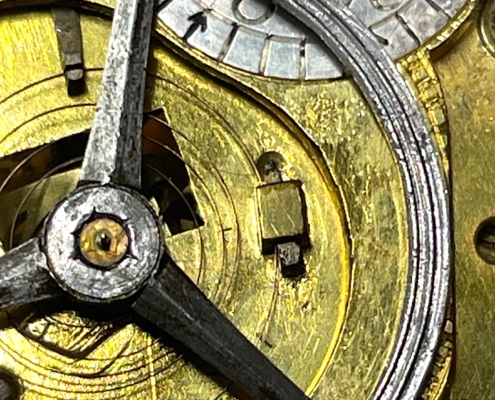 Four large Egyptian pillars and a very well engraved winged balance cock, with a small mask to the neck and scrolls, foliage and a bird on the table. Blued screws

All in excellent condition throughout and running well.

The movement shows some features typical of Tompion’s work. The balance wheel has a reeded rim, the hairspring pin is of rectangular profile (rather than round) and the movement number (3415) is stamped on the dial plate.

DIAL : A fine white enamel dial. Although a slightly later replacement (probably mid 18thc.), the dial false plate appears to be original, with no additional holes, so this enamel dial was probably made specially for the movement.

In good condition, with a few light scratches, a little damage around the opening catch, and an almost invisible hairline from the centre towards the edge at 12:30.

In good condition except for a hole on the shoulder near the stem, which has been crudely repaired from the inside with silver solder (stem also reattached), and a few scratches near the hinge. The high dome crystal is good with just a few light scratches.

OUTER CASE : A substantial 22ct gold repousse pair case. Marked with the movement number (3415) on the rim near the neck. This case dates from around 1730, so a little later than the movement.

The wonderful repousse work shows a Classical scene with Diana the huntress as the right hand figure.

Reasonable condition throughout, except for a small hole on the back, near the neck. The catch button is dented. There is some wear to the high points of the repousse work, resulting in a few short splits and pinholes following contours of the ornamentation.

The gold weight of the cases is about 66 gms. (excluding movement and crystal).