Thomas Tompion, often referred to as the ‘Father of English Clockmaking’ was the most important watchmaker of the ‘Golden Age’ of English watchmaking.

He was born about 1639 in Northill, which is a small village about 6 miles to the east of Bedford. This father was a blacksmith, also called Thomas. Tompion’s early life is not documented, until around 1670 when he is recorded, working near Fleet Street, London.

In 1671 Tompion became a Freeman of the Clockmaker’s Company, and later became Master in 1704.

Tompion died on 20th November, 1713 and is buried in Westminster Abbey. 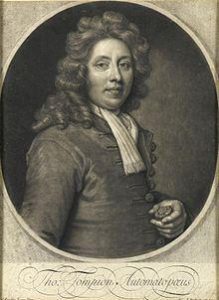 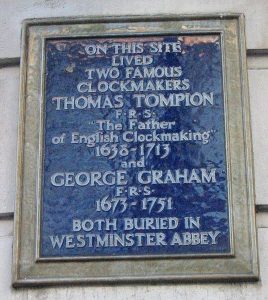 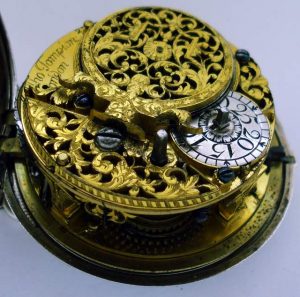