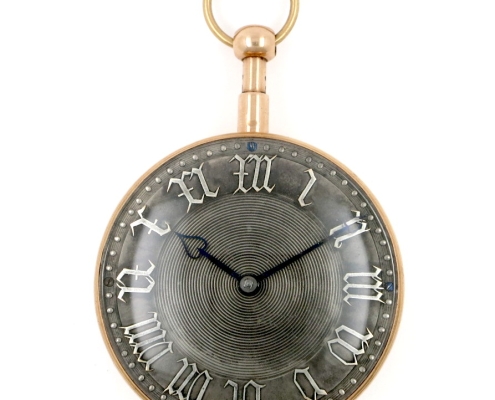 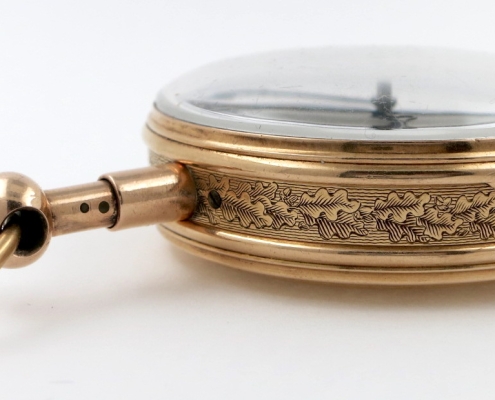 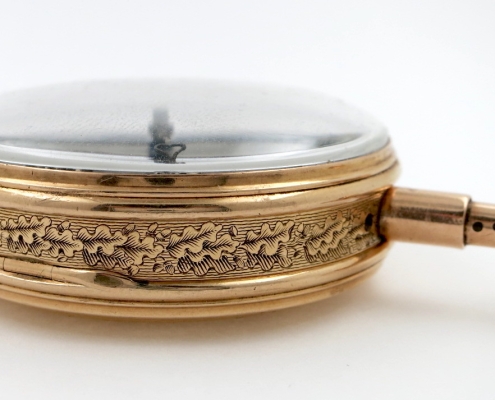 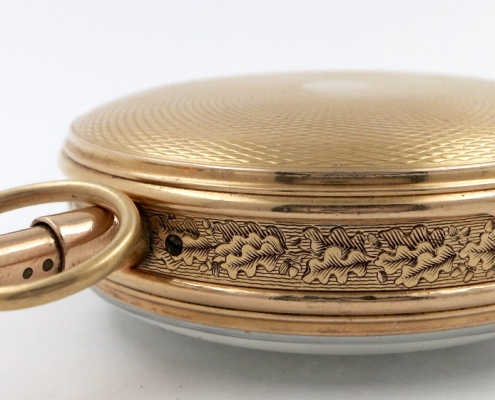 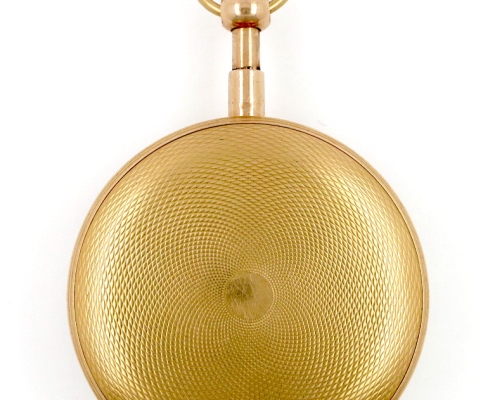 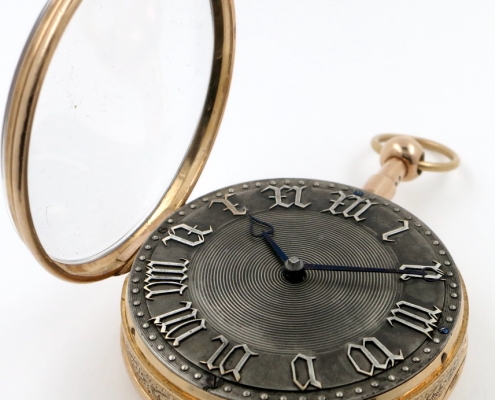 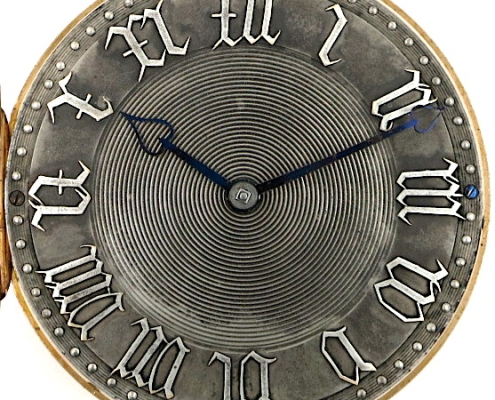 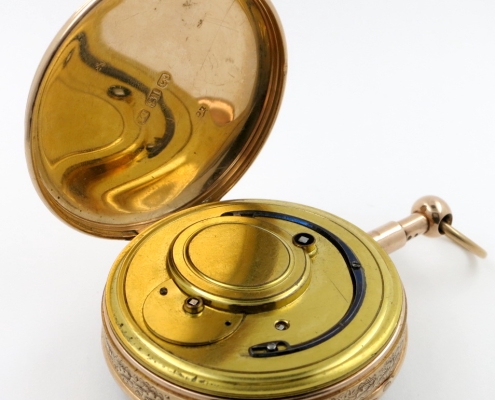 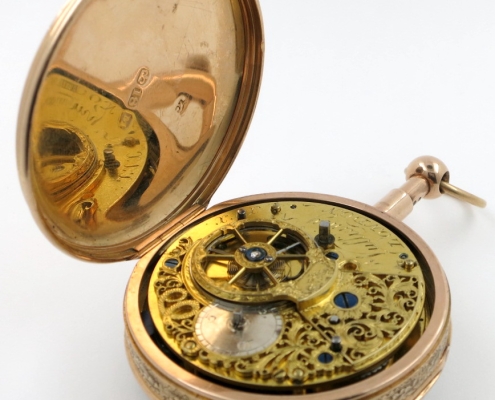 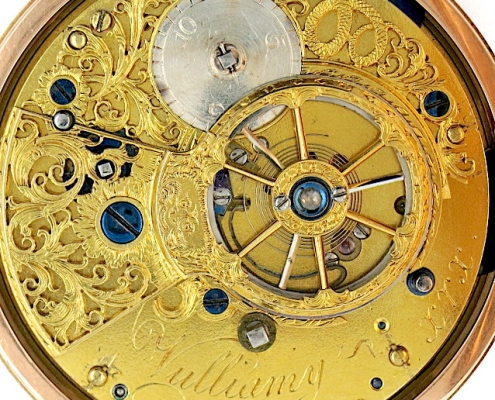 A fine London gold duplex watch, with a half quarter dumb repeat, by the Vulliamy firm.

MOVEMENT : A gilt movement with ruby duplex escapement, beautifully engraved and pierced balance cock with diamond endstone and blued steel hammers and screws. The index marker on the silver regulator disk is an engraved serpent, characteristic of most Vulliamy watches. The balance is regulated by a bimetallic temperature curb.

Half, quarter repeating with two blued steel hammers striking two gold blocks within the case. The repeating function is activated by pushing down the stem. This strikes once for each hour, twice for each quarter, and once for the half quarter (7.5 minutes).

The movement is protected by a gilt removable dustcap.

The movement is in very good condition, and is running well and repeating correctly. The balance wheel has a short swing, but the movement keeps good time.

This dial (and presumably the hands too) were probably replaced in the 3rd quarter of the 19th. century.

CASE : The heavy 18ct. gold case has London hallmarks for 1807, case maker LC. Engine turned engraving to the back and foliage engraved on the band.

Both hinges are fine and the bezel and back cover snap closed correctly.

This is a substantial case, weighing over 61 gms. without the movement

The case maker is Louis Comtesse, of Soho, London. His distinctive mark is LC under a serpent, which is seen on the inner back of this case. Other Vulliamy watches with cases by Louis Comtesse exist, with one example of an 1805 gold verge in the British Museum.