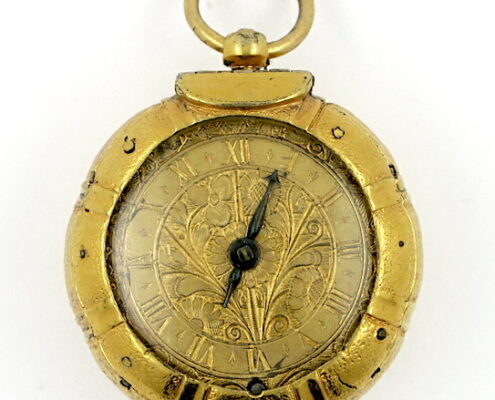 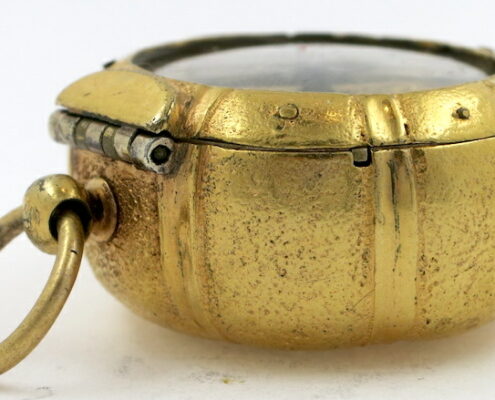 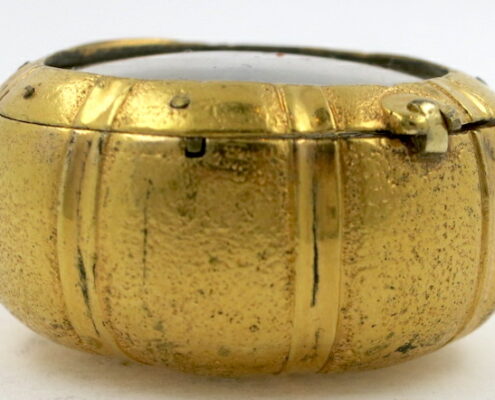 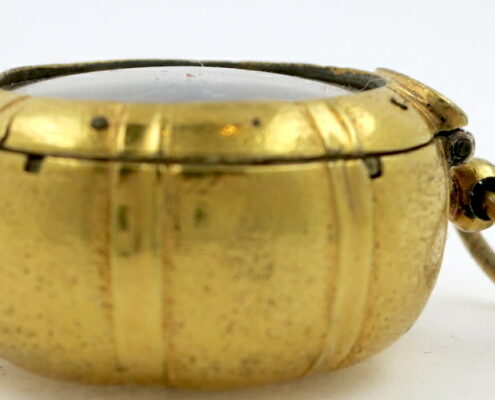 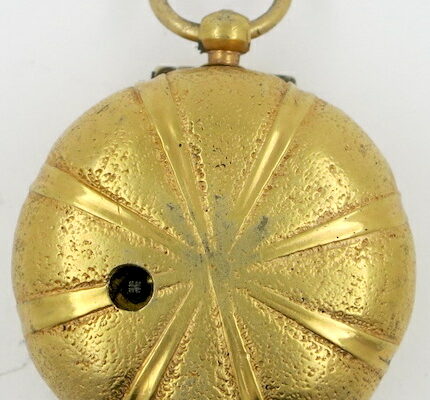 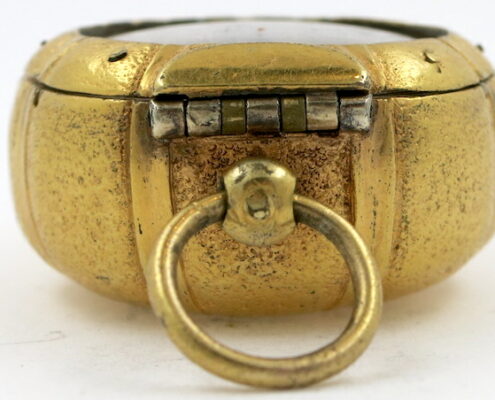 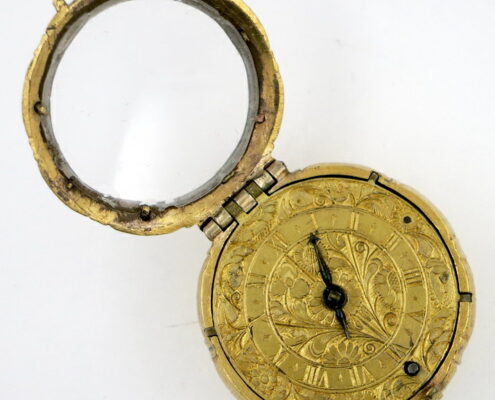 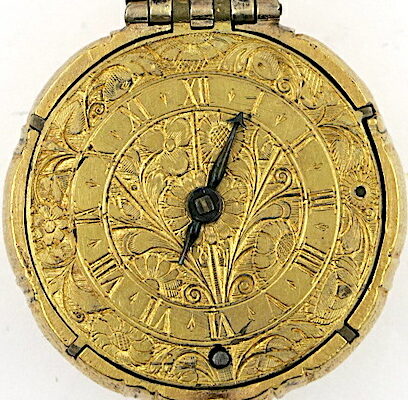 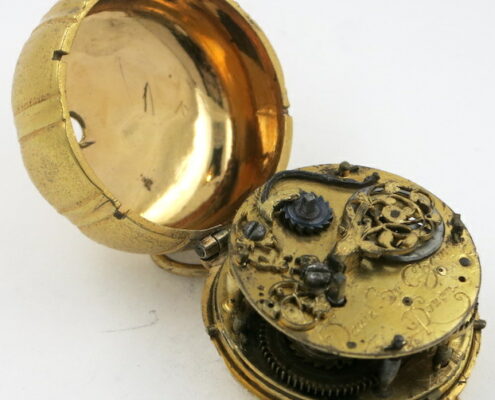 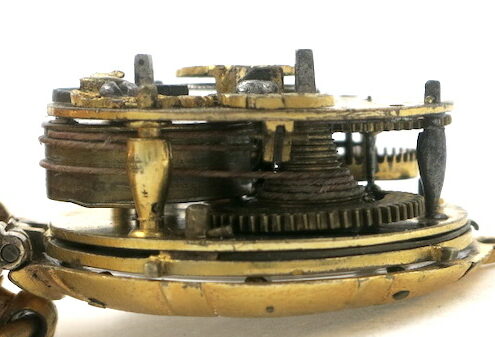 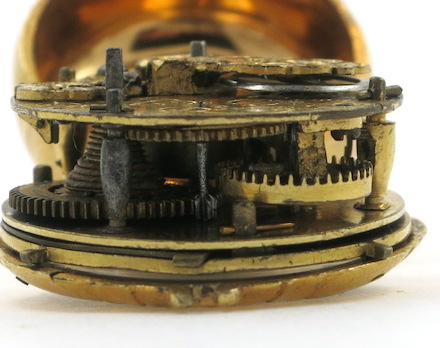 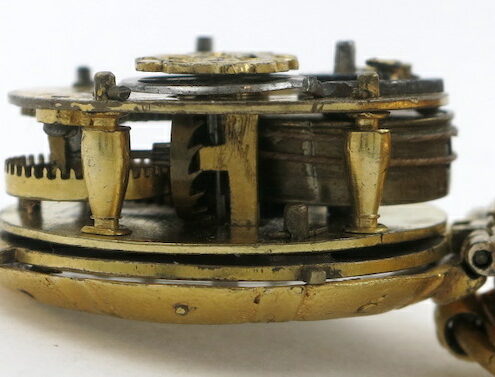 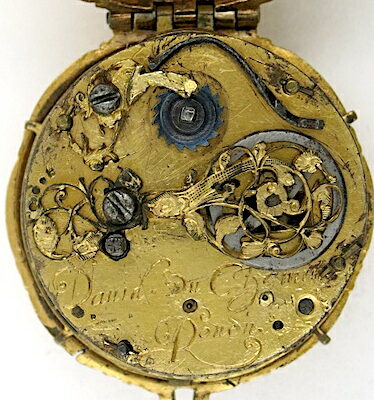 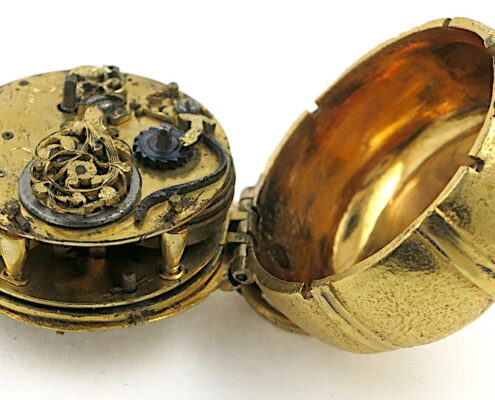 This movement is winding and runs for a short period (sometimes a few minutes) before stopping. There are scratches and a little loss of gilding to the plate but the watch appears to be mainly original and unrestored.

CASE : Gilt metal case, with scalloped pattern of a form inspired by the shell of a sea urchin.

In good condition, with the engraving still quite sharp. A few scratches and light dents, and a crack part way across the bezel at 5, but nothing serious. The crystal is ok with a few chips hidden by the bezel.

David du Chemin belonged to a family of watchmakers, listed from 1630, who moved from Rouen to Amsterdam and then back to Rouen in the middle of the 17th century.

Cases of this sea urchin form are seen with watches from the first half of the 17th century. Another example is part of the collection of the Metropolitan Museum of Art, New York :

An English example at the British Museum is also glazed.  This link includes some discussion whether the glazing is original or later.