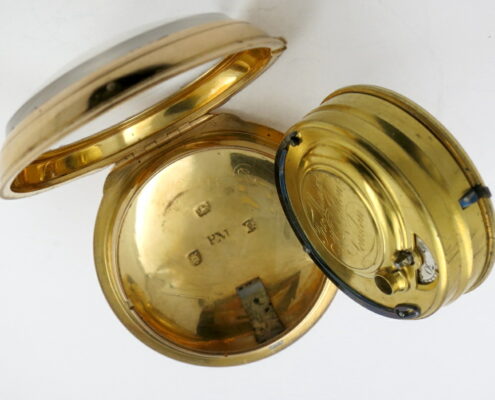 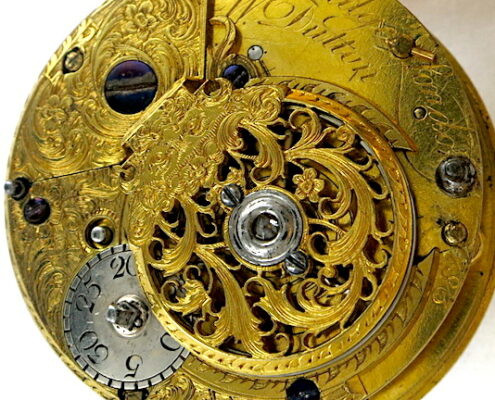 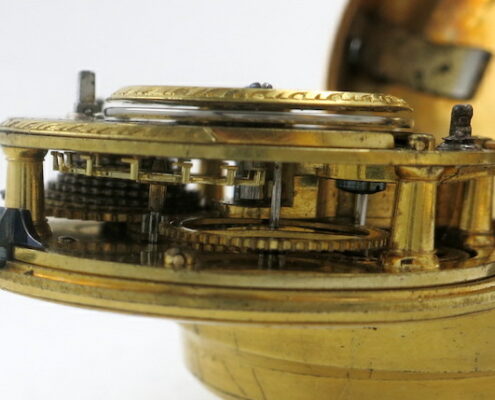 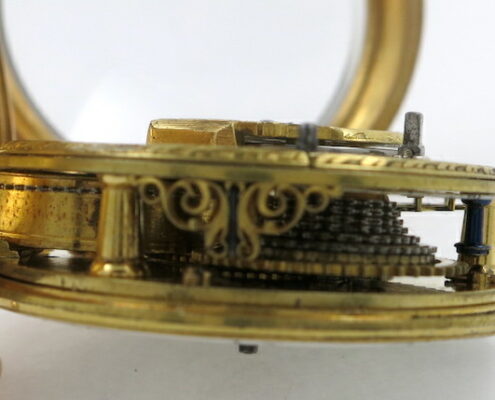 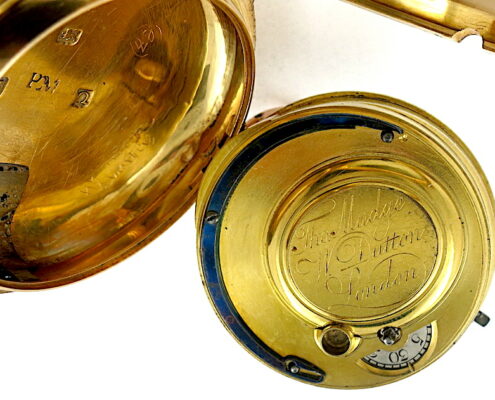 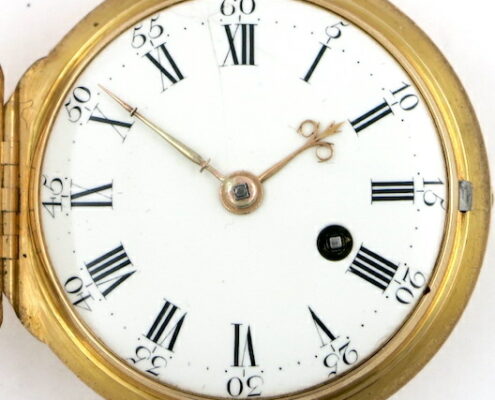 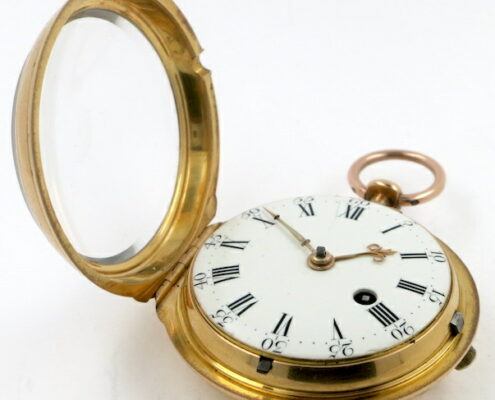 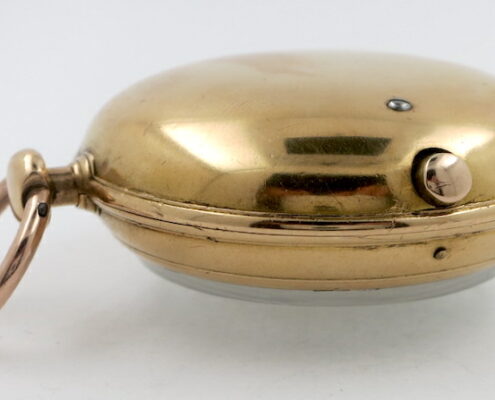 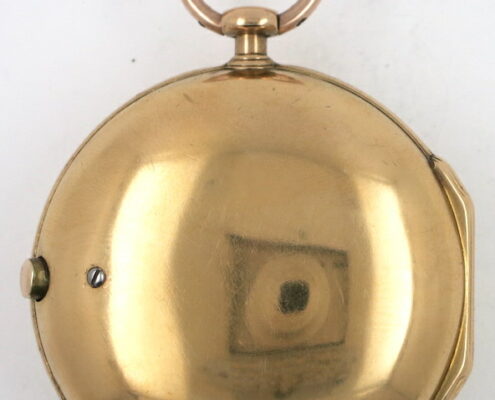 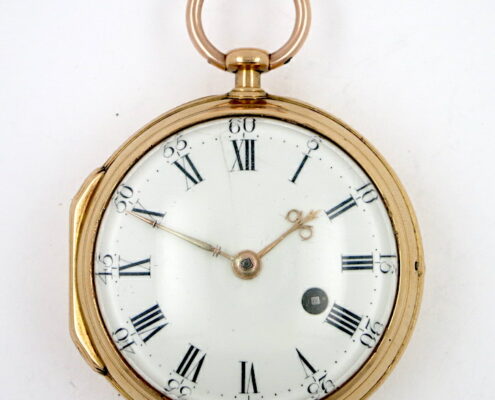 This is a fine cylinder escapement watch, by the partnership of the great Thomas Mudge and his partner William Dutton. In original gold case.

The movement is protected by a removable gilt dustcap, which is also fully signed. The serial number (783) is also scratch marked in the inside of this dustcap.
The movement is in good condition with just a few light scratches around the pillar tops. It is running well.

DIAL : The fine white enamel dial is fine, with no repairs, but with some tiny chips around the edge and light hairlines from 12 towards the centre.

In good overall condition, with just a few scratches around the rim.. The hinge is fine and the bezel snaps shut nicely. The high dome bull’s eye crystal is also in good condition. The gilt bow, although very well made is a replacement.

It is very rare to find a Mudge watch in a consular case, wound from the front. But this is all completely original. The dust cover is still made with a collar for the winding square but this was plugged before gilding.The date of the case is correct for the number of the movement so this watch was probably made with a bespoke case to the customer’s requirement.

The case maker’s mark on the inner case is for Peter Mournier who is documented at Frith Street, Soho in London between 1761 and 1769. Other examples of cases made by this maker for Mudge are documented, eg. Pocket Watch 1419