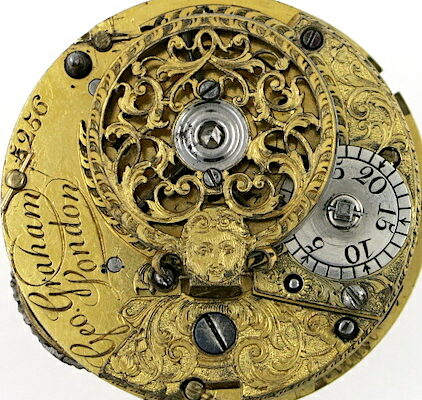 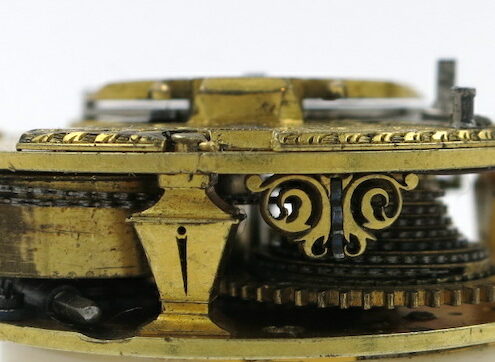 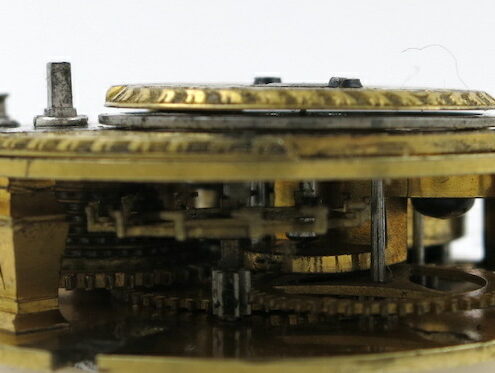 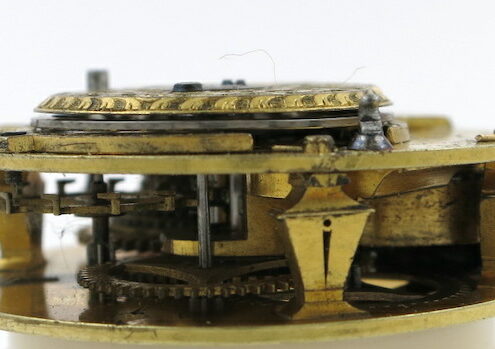 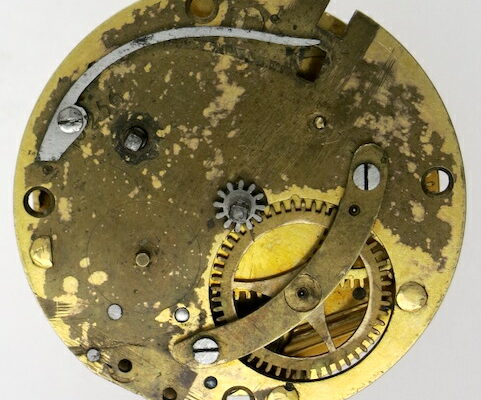 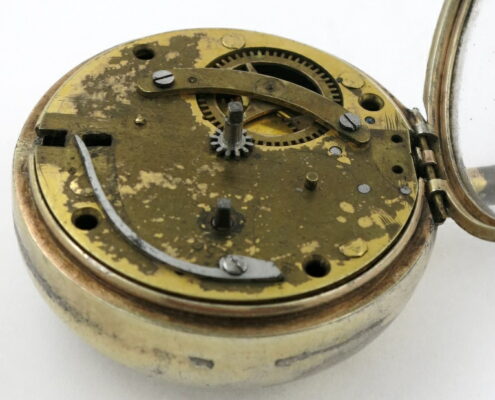 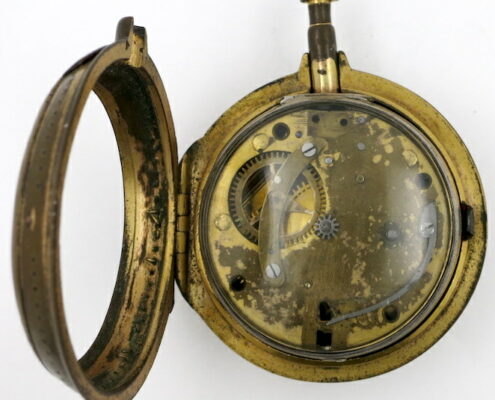 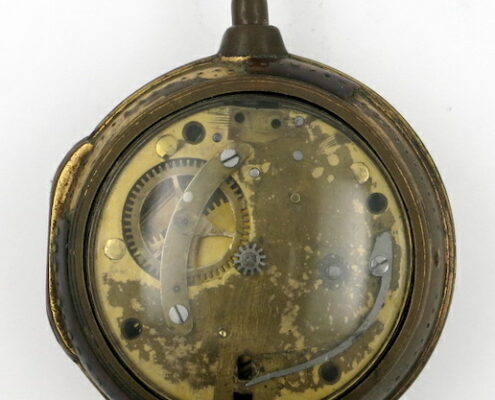 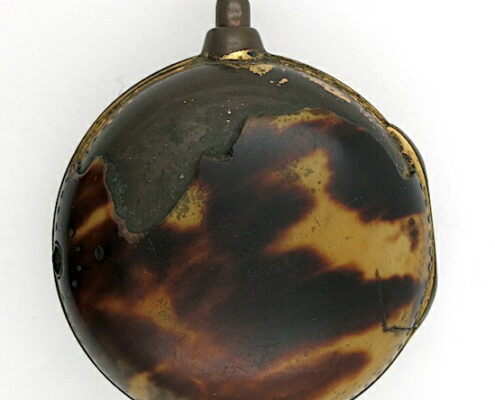 MOVEMENT CONDITION : Complete and running well.
The case hinge and case catch are missing, and the movement would originally have had a removable gilt dustcap which is also absent (though the two bayonet clips are still there). The steel screws are mismatched so one or more are replacements.

The dial, and both motion wheels are absent.

CASES : The inner case is silver gilt, hallmarked for London, 1762. The bow is absent, the gilding has worn off the outside, and the hinge is missing one sleeve. The high dome bull’s eye crystal is fine.

Although the hinge is absent, the movement fits perfectly into the case.

The outer case is gilt brass with tortoiseshell covering. The brass itself is in good condition, but the gilding has worn off the neck and rims, and a lot of the shell is missing. The hinge and catch are fine and the case snaps shut correctly (though the catch button has worn away).

The outer case is a perfect fit with the inner, so almost certainly a pair.

George Graham used mainly verge escapements up until 1726, after which he switched to mainly cylinders. The serial number on this movement dates it to about 1727 so it is a very early cylinder. An almost identical movement is documented, with serial number 5249 (just 7 watches earlier).