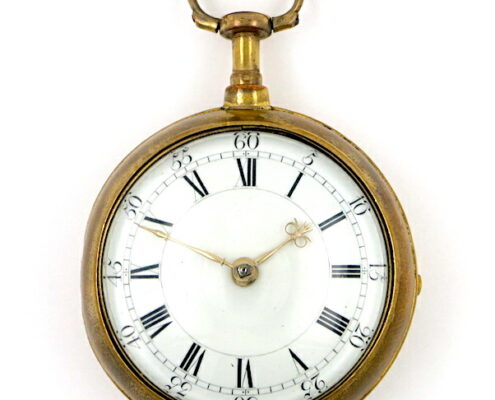 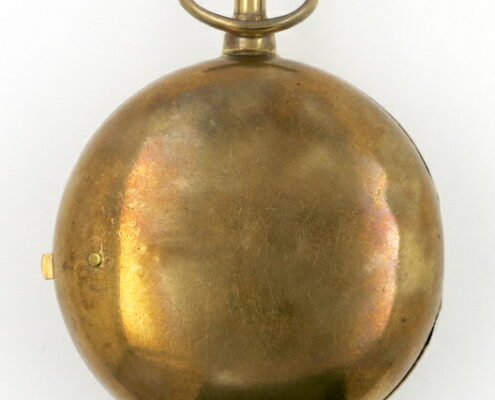 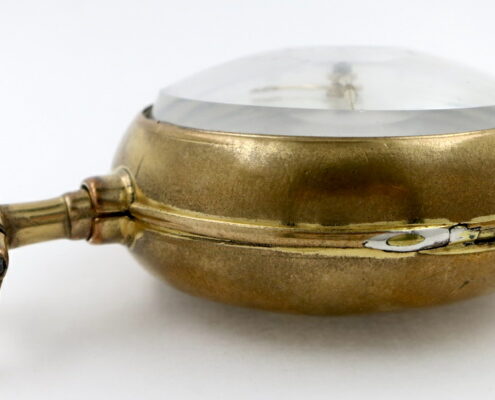 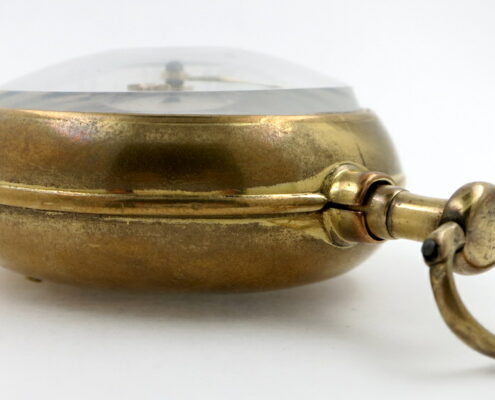 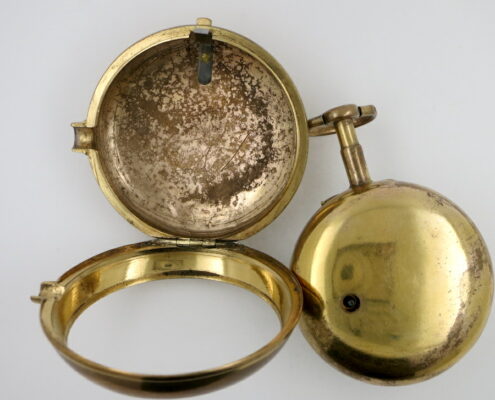 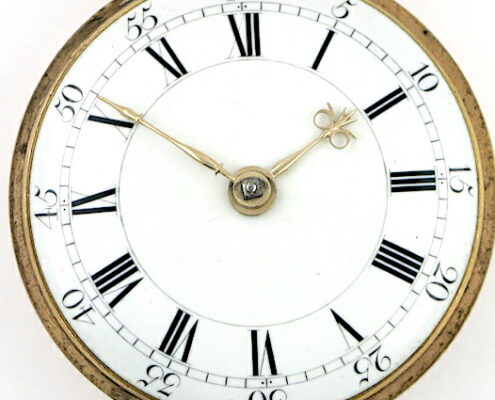 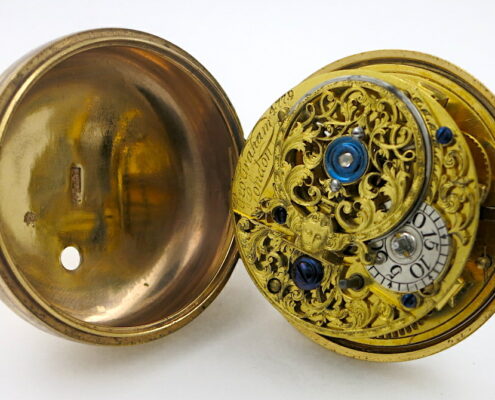 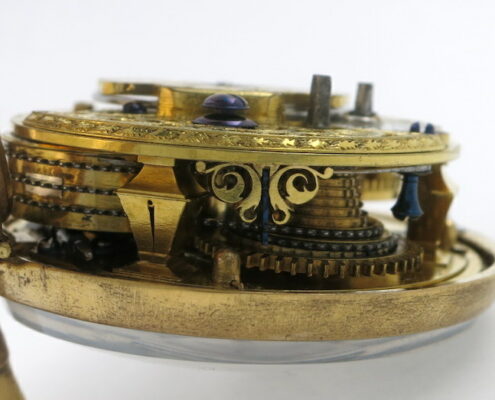 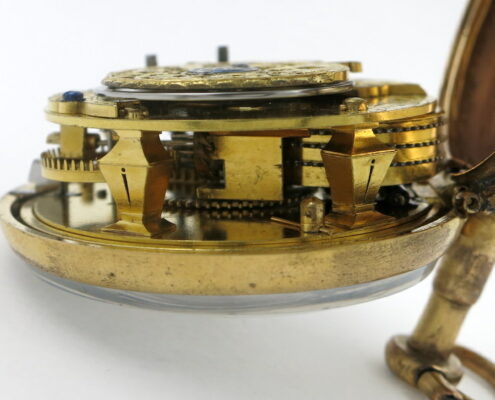 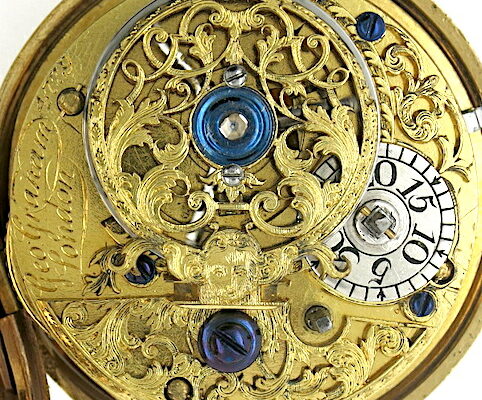 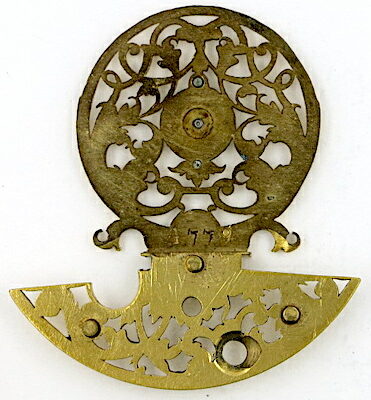 The underside of the balance cock foot is also engraved with this serial number (4779). An interesting feature of the balance is the hairspring stud which has a square section hole and pin, rather than the normal round section. The use of square pins was first used by Thomas Tompion.

In excellent condition throughout and running well.

INNER CASE : Gilt brass case, with maker’s mark TCC. In good condition throughout, with just a little compression to the band and even wear to the gilding. The hinge is fine and the bezel snaps shut though gapes a little around the top left.

OUTER CASE : Gilt brass. Good condition again. The hinge, catch and catch button are complete and the bezel snaps shut correctly. Wear to the gilding throughout, especially to the hinge where the silver shows through.

These cases are later that the movement. Early 19thc.

All of Graham’s verge movements are signed ‘Geo. Graham’. The serial number of the movement dates it to around 1720. From about 1726 George Graham switched from using verge to mainly cylinder escapements.

REFERENCE : This watch is listed in “Thomas Tompion 300 Years” by Jeremy Evans, Jonathan Carter & Ben Wright. This excellent book includes lists of movement serial numbers for Tompion and his successors.