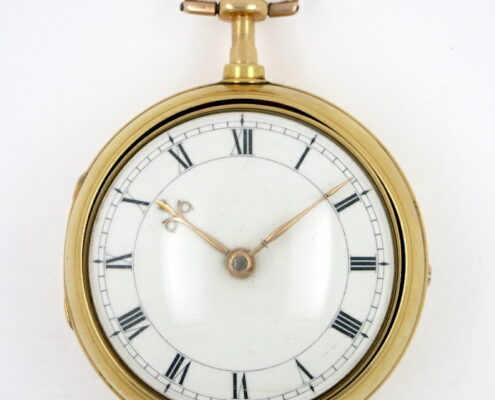 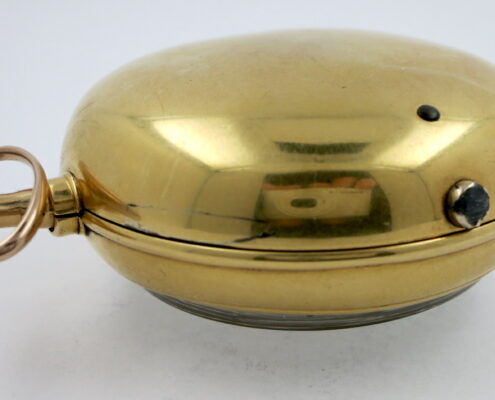 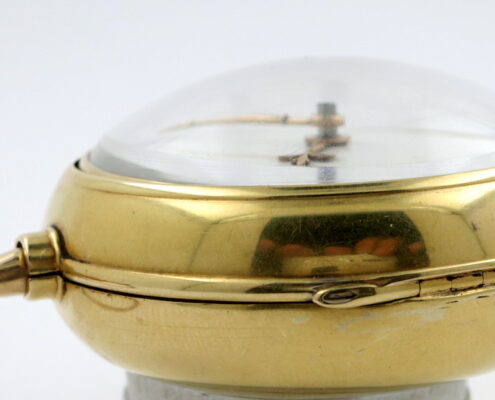 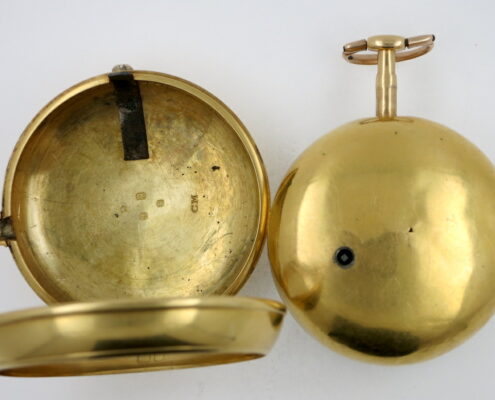 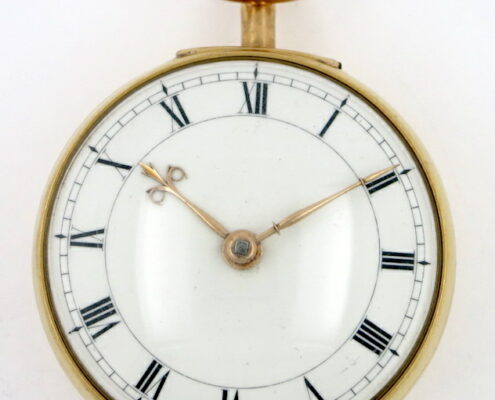 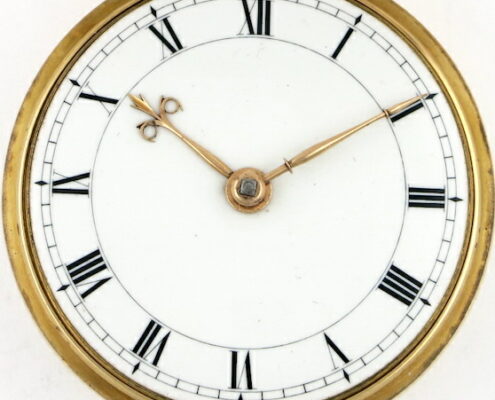 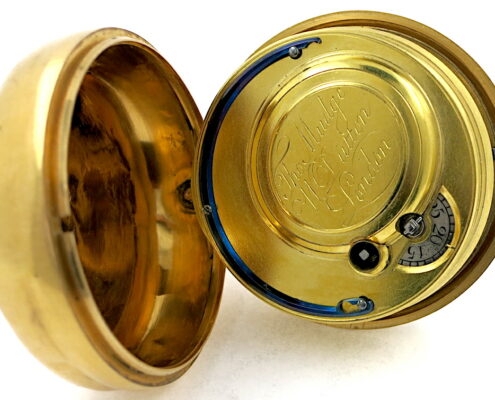 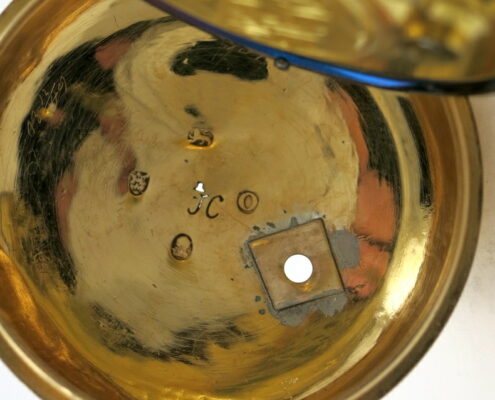 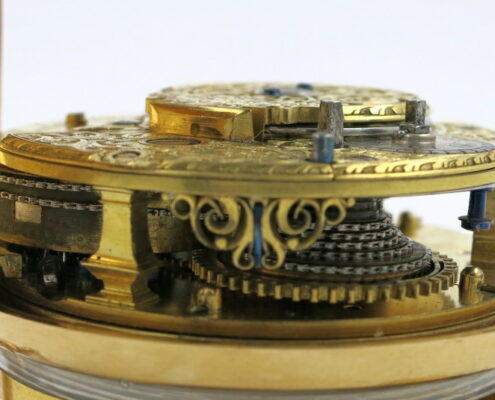 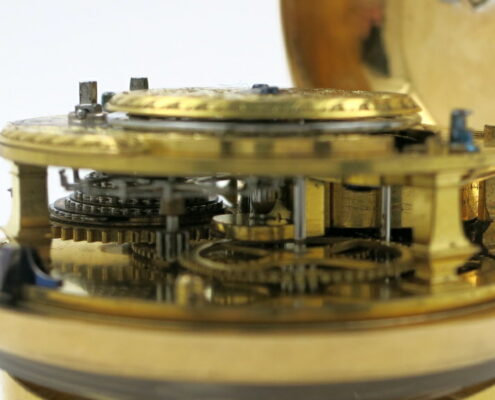 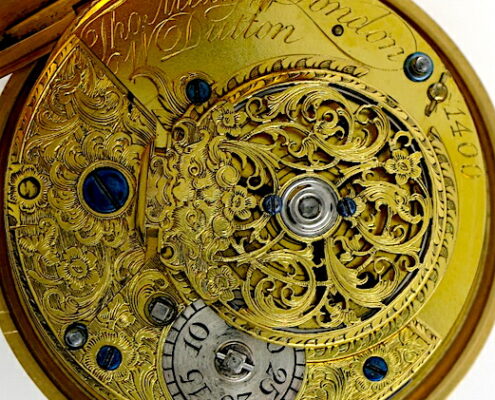 A fine cylinder watch from this wonderful maker, in gold pair cases.

Protected by a removable gilt dust cap, signed as the movement and marked with the serial number inside.

All in very good condition, with the screw heads still undamaged. Running well.

In reasonable condition. The hinge is fine and the bezel snaps shut correctly.
The bow is slightly distorted, there are some shallow dents around the band, the winding aperture has been reinforced from the inside and there is a tiny hole in the centre of the back which appears to have been caused by the case maker’s mark being heavily stamped.
The high dome crystal is good.

The catch and hinge are fine and the bezel snaps shut nicely, though the catch button is worn,. There are a couple of light bruises to the edge of the back.

The gold cases, excluding movement and crystal weigh about 61 gms.

Thomas Mudge was in partnership with William Dutton from 1755. Mudge died in 1794, so this watch was made towards the end of his life.

PROVENANCE : Christie’s, 10th December 1980, lot 255.
The collection of Dr Trevor Hyde, Sydney, acquired from the above.