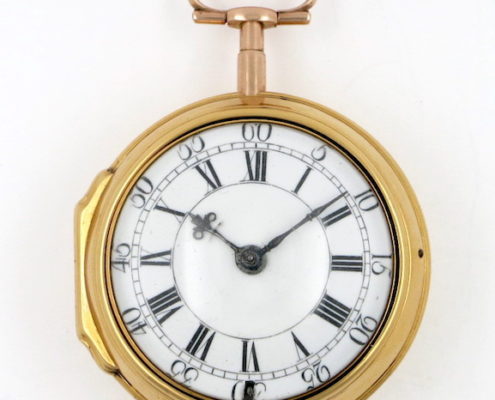 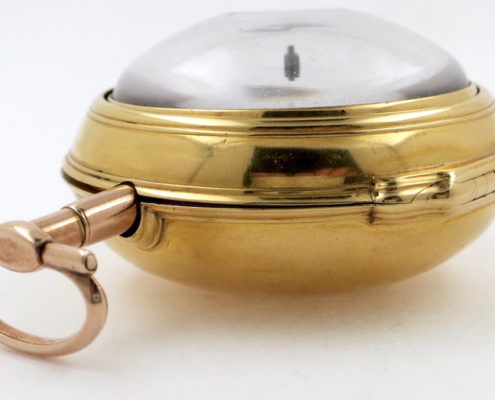 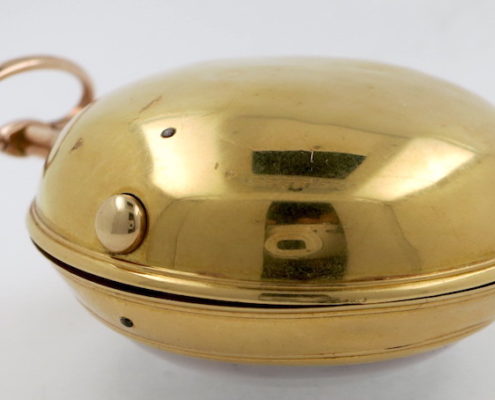 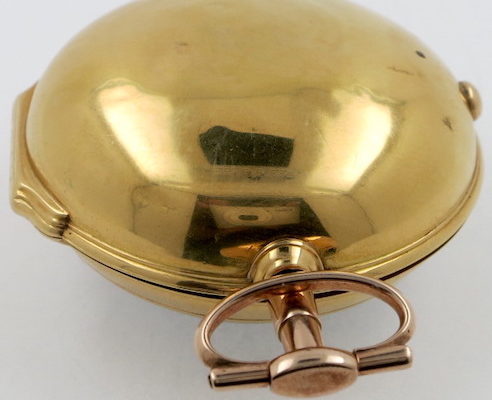 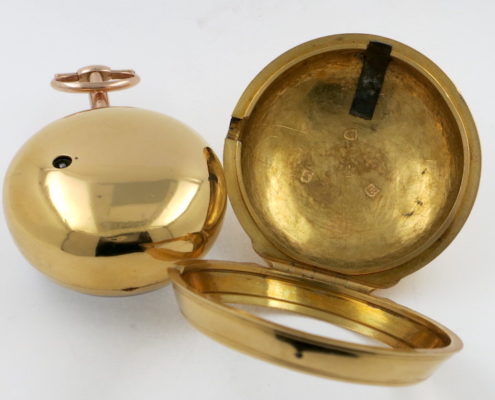 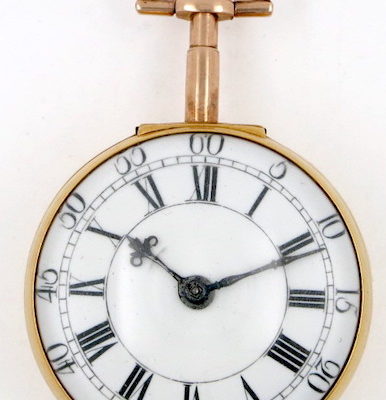 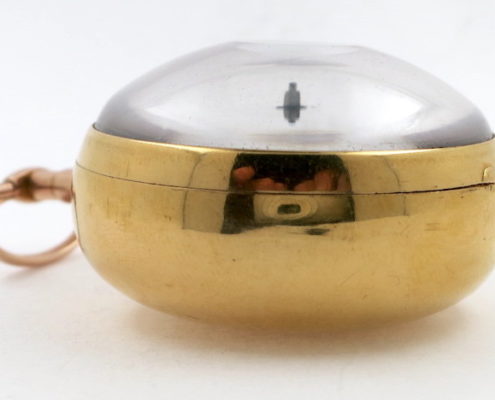 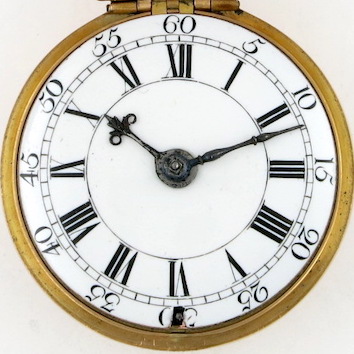 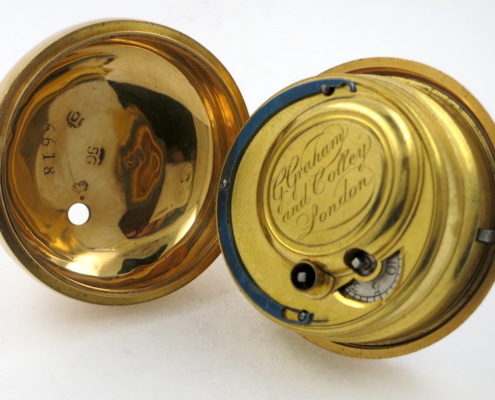 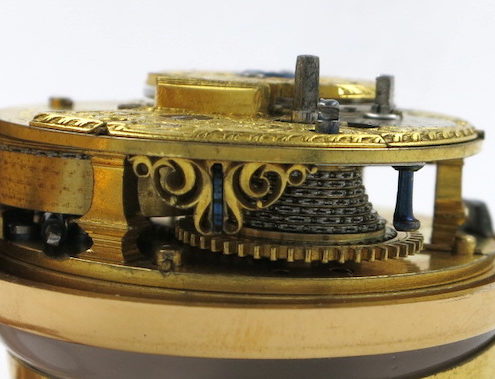 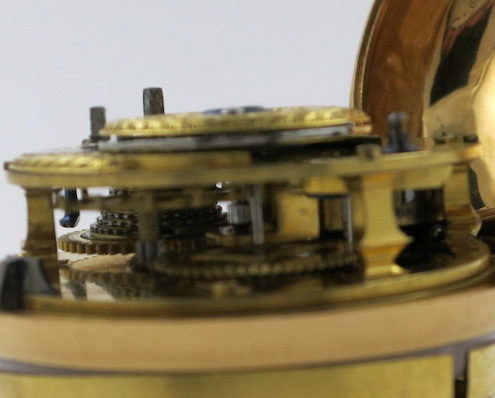 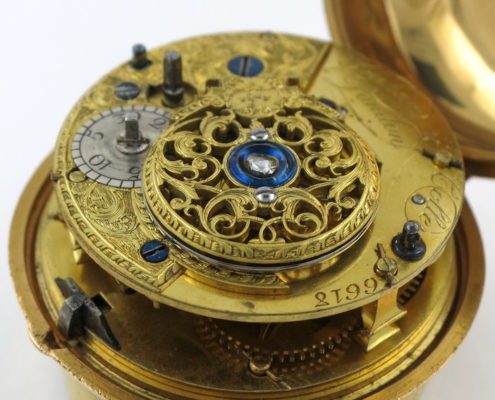 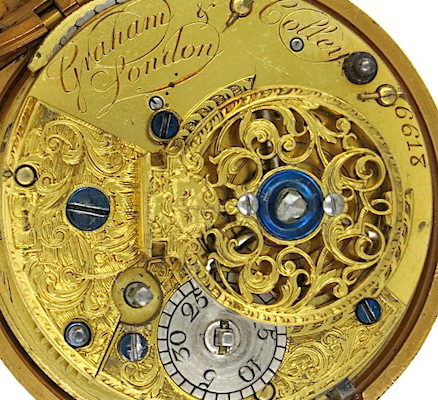 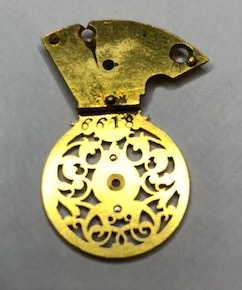 An important cylinder watch by George Graham and his apprentice and later successor, Thomas Colley, in fine gold pair cases. Made about the time of Graham’s death which was in 1751.

This movement is in very good condition, and is running well.

In good condition throughout. The hinge is fine and the bezel snaps shut correctly.
The high dome crystal is perfect.

Again in good condition, with just some very light bruises.. The hinge, catch and catch button are all fine and the bezel snaps shut correctly.

The gold cases weigh about 60 gms., excluding movement and crystal.

The watch has a few features typical of George Graham. These include the serial number repeated under the balance cock (see photo), a square section hairspring pin, and the fine quality of the engraving

George Graham took on Thomas Colley as apprentice. Graham died in 1751 after which Colley succeeded.

This watch (No. 6618) is the only listed example which is signed by both Graham and Colley, and is possibly unique. The serial number indicates a date of around 1752, so this watch was probably completed very shortly after Graham’s death and cased a few years later.

The case maker is Stephen Goujon, who had premises at Porter Street, Newport Alley, London.