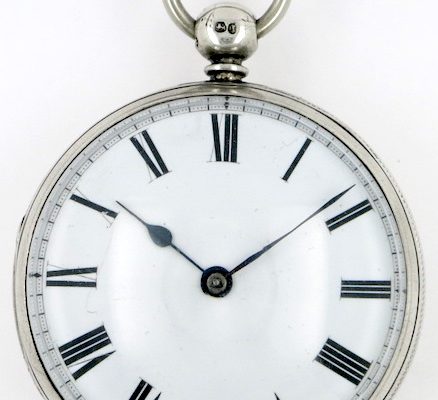 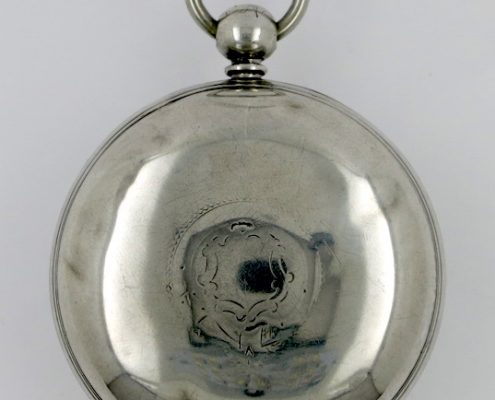 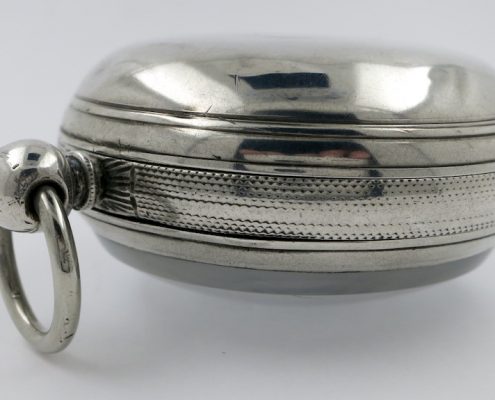 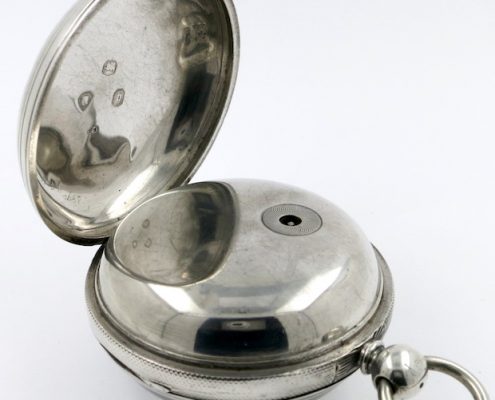 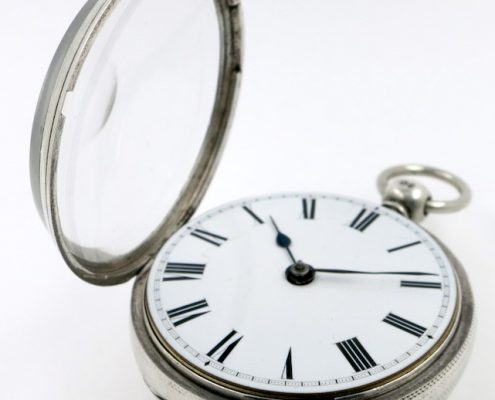 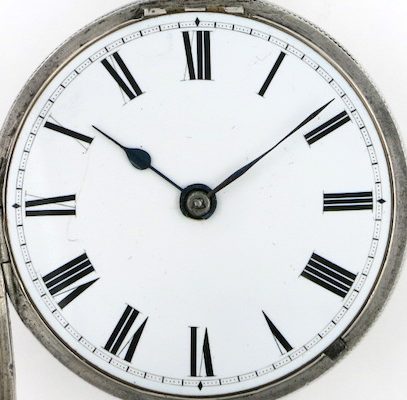 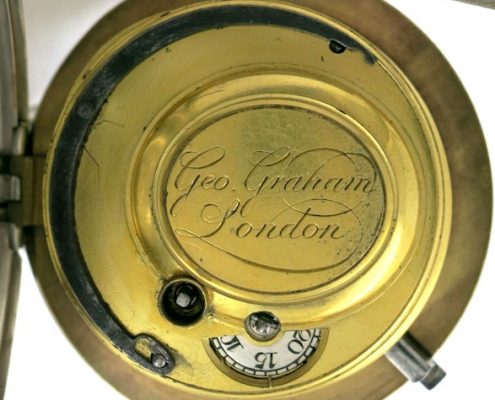 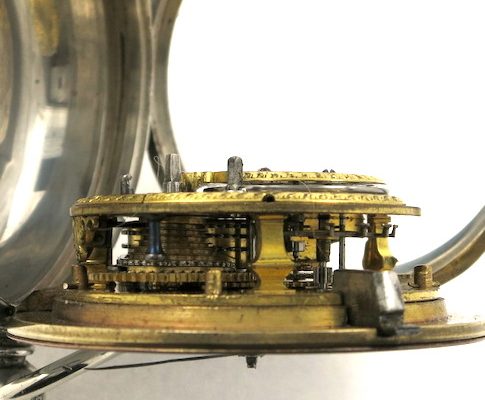 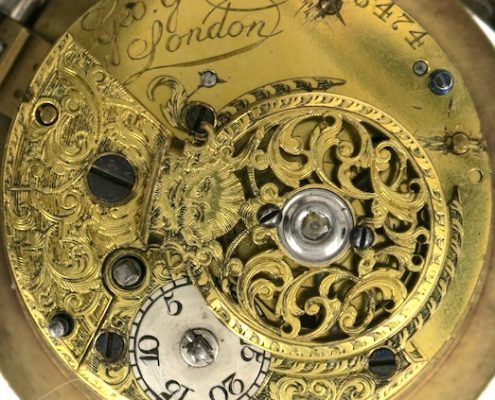 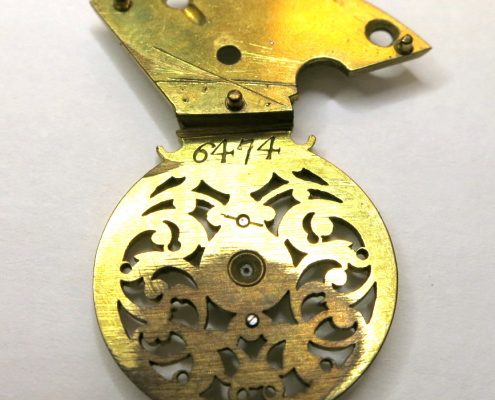 One of the last movements by the great George Graham, in a later silver case.

The removable gilt dustcap is signed as the movement.

In good condition throughout with just some scratches around the pillar tops and one pillar missing the tip. It is running well.

CASE : Later silver case, with London hallmarks for 1863. Maker’s mark WH.
In good condition with just a few small bruises to the back and some wear to the engine turning on the band and the engraved cartouche on the back. The hinges are fine and the bezel and back cover snap shut correctly. The high dome bull’s eye crystal is good with just one tiny chip right on the bezel.

The serial number of the movement dates it to about 1750 with the slightly earlier numbers 6460 and 6461 in the collection of the British Museum.

The watch has a few features typical of George Graham. These include the serial number repeated under the balance cock, a square section hairspring pin, and the exceptional quality of the engraving.

The case, dial, dial plate and hands were probably all added at the same time in the mid 19th century.