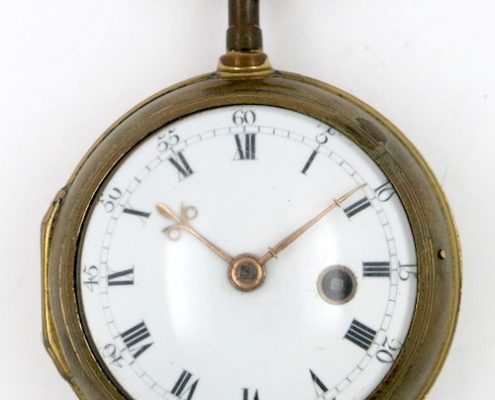 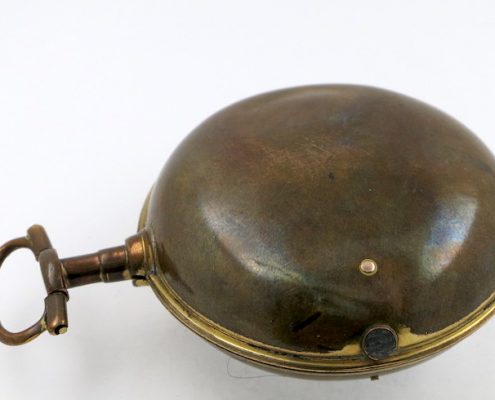 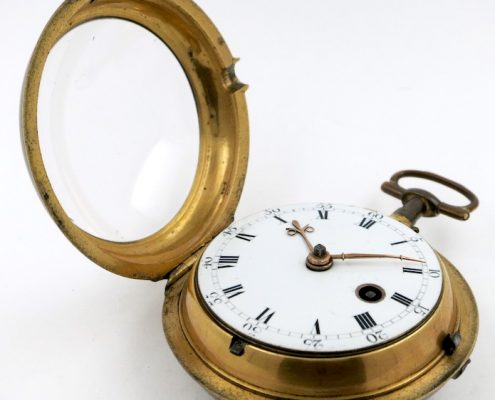 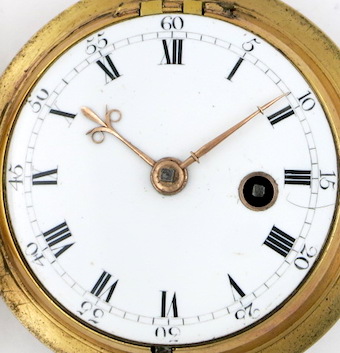 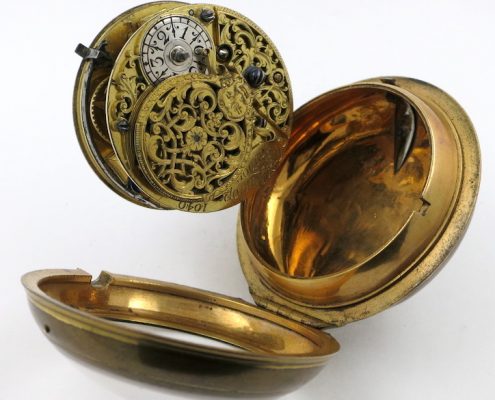 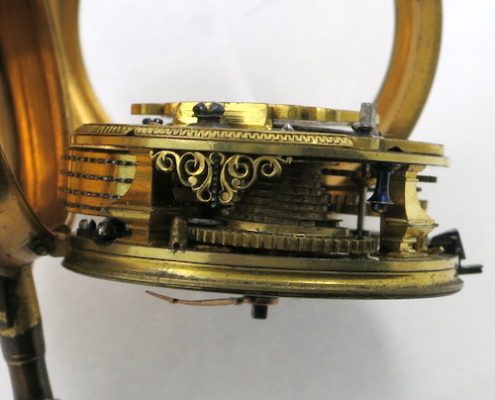 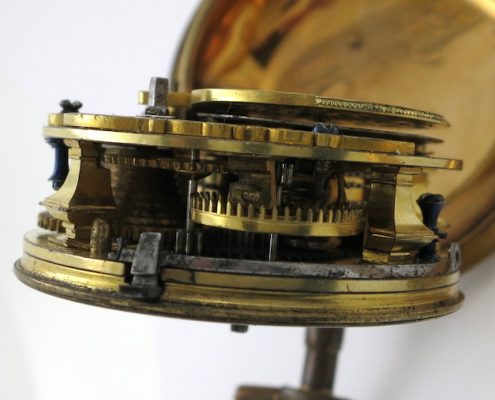 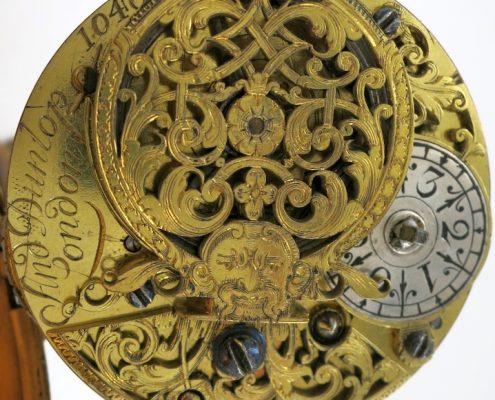 A fine London verge, by an excellent maker, in a later gilt case.

The movement is in excellent condition throughout and is running well.

CASE : Later gilt case, in good condition though with wear to most of the gilding on the outer surfaces. Some slight bruises to the back.

The hinge is fine and the bezel closes though the catch button is worn. The high dome crystal has a small chip on the lower edge.

Both dial and case are later than the movement, added probably during the last quarter of the 18th century.