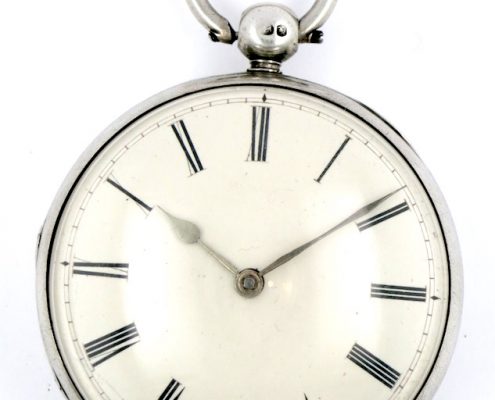 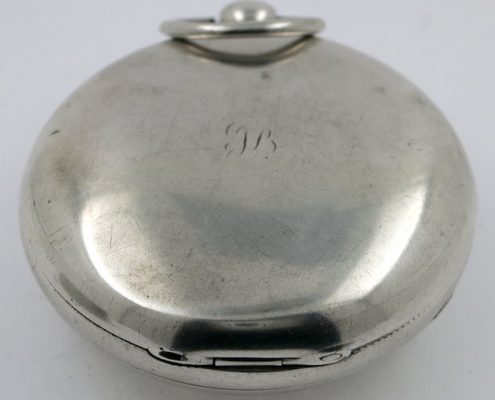 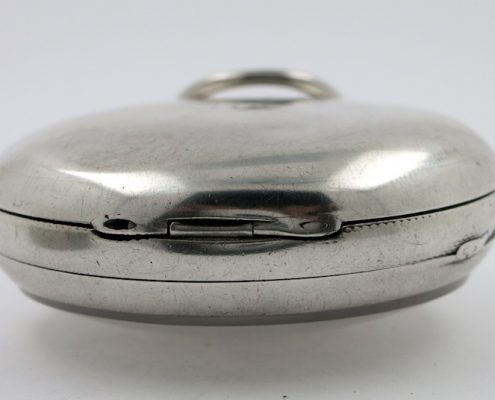 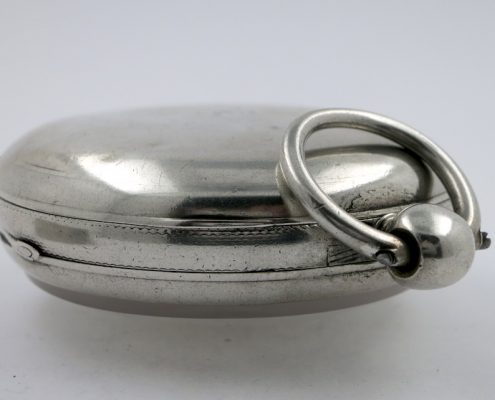 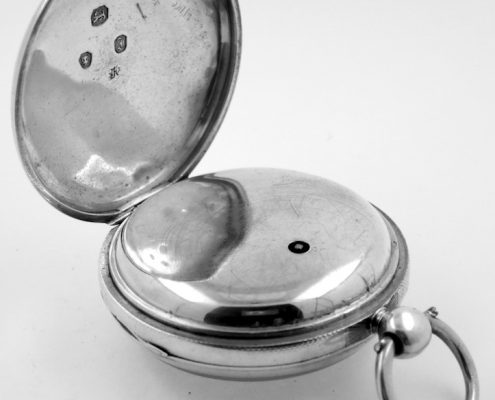 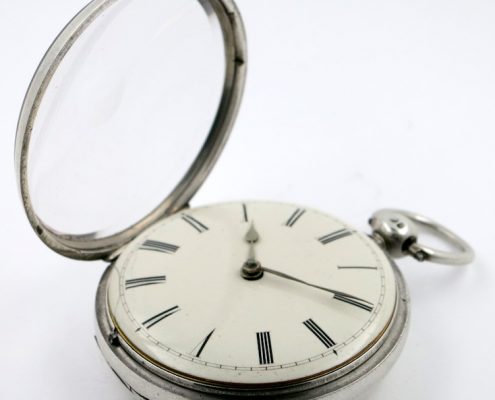 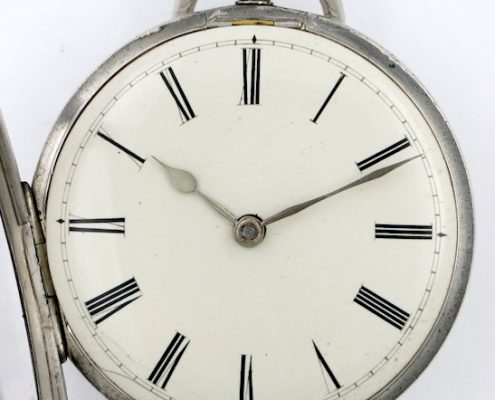 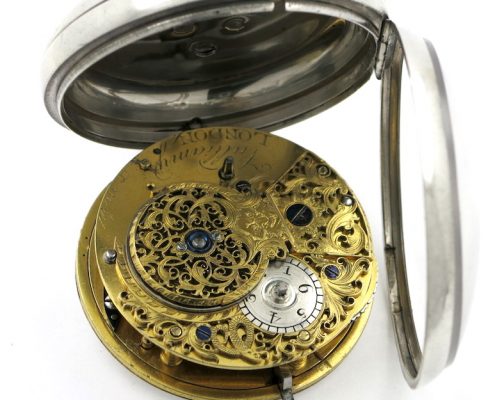 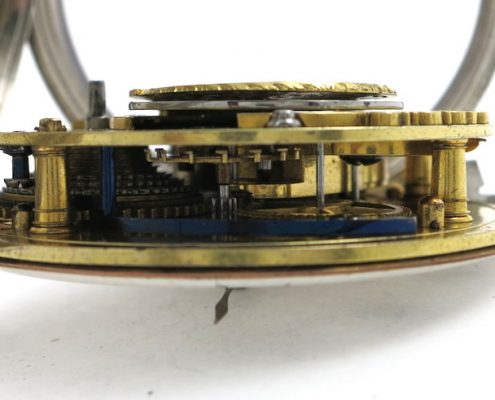 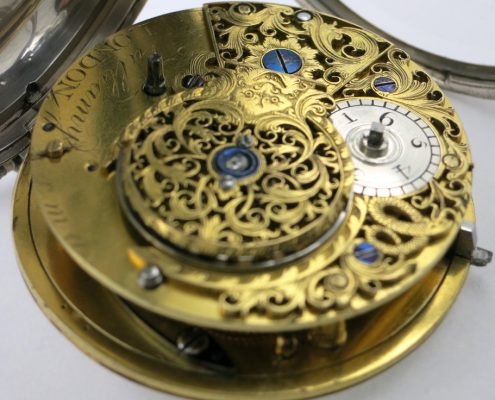 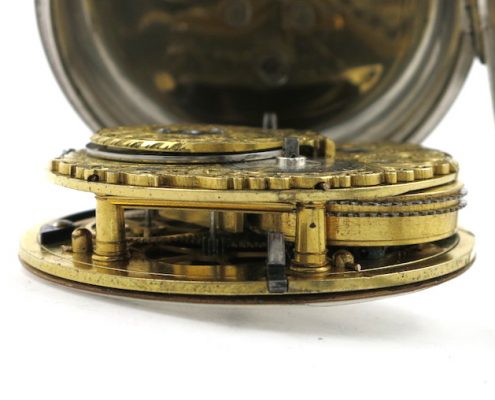 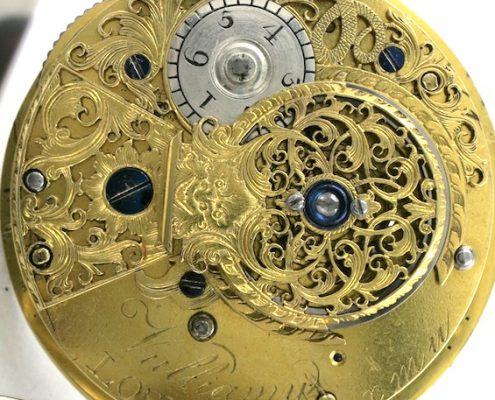 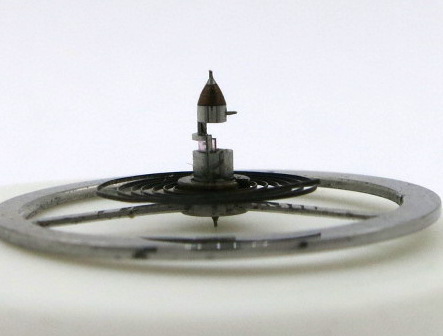 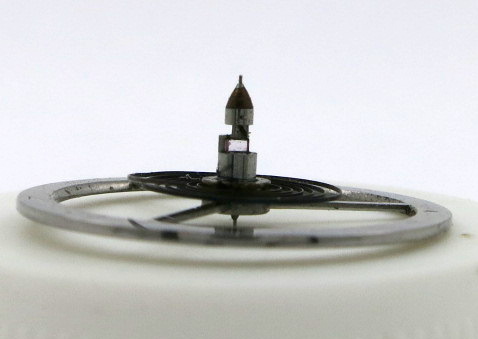 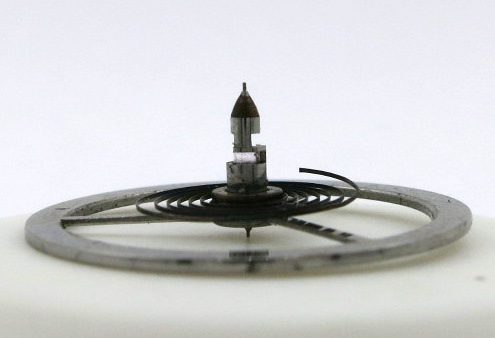 A very rare and interesting ruby cylinder movement by this famous London firm, in a later silver case and later dial.

The movement is in good condition , with some scratches to the screw heads and pillar tops. Running well.

The dial is in good condition except for the hairlines across the edge at 7. Brass hands.

CASE : Later silver case, hallmarked for London, 1844, maker’s mark JH?. Reasonable condition, though with a few small dents and light scratches. The engine turning to the band has worn back.

The hinges are fine and the bezel and covers all snap shut. The high dome crystal is fine.

The Vulliamy letter code has not been fully deciphered, made more difficult because it is not just a letter-for-number substitution. The code moved from three to four letters shortly after 1810.

The ruby cylinder was used by Abraham Louis Breguet to reduce the friction in cylinder escapements. The cylinder itself is composed of a half tube formed ruby, set into two steel plugs, each with a pivot. This was a very expensive innovation and is rarely found.