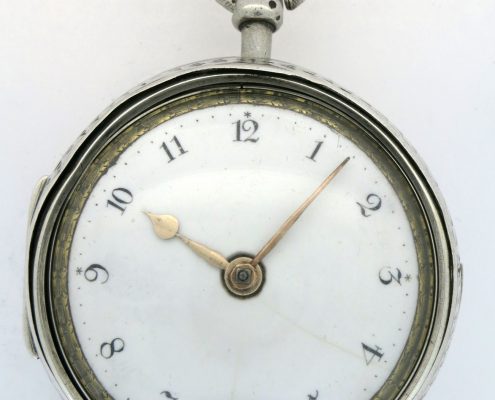 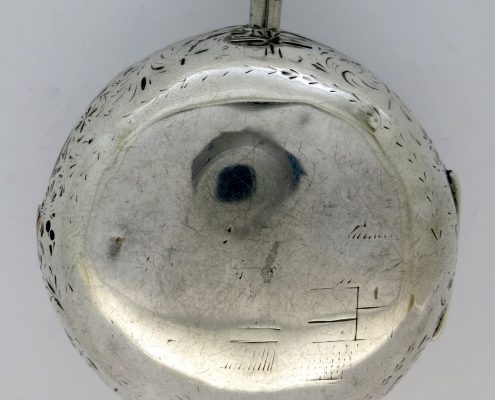 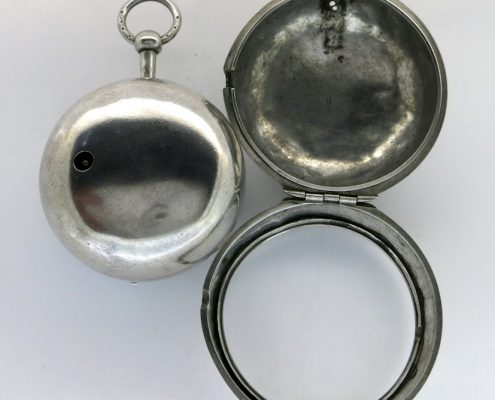 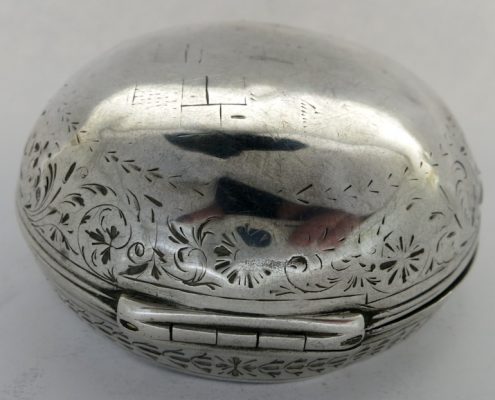 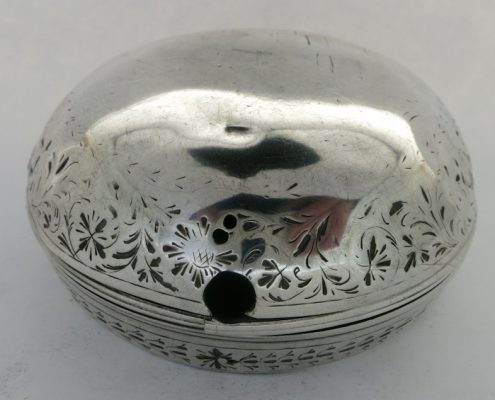 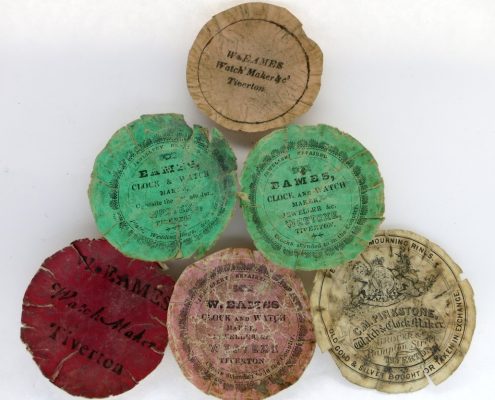 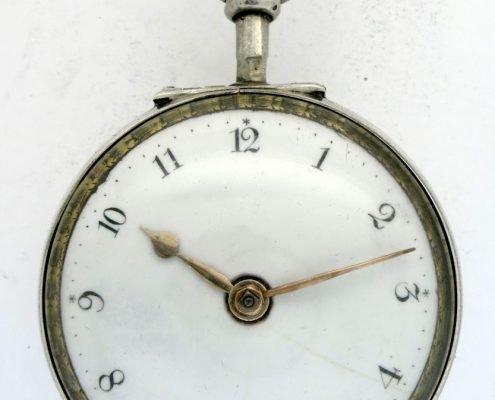 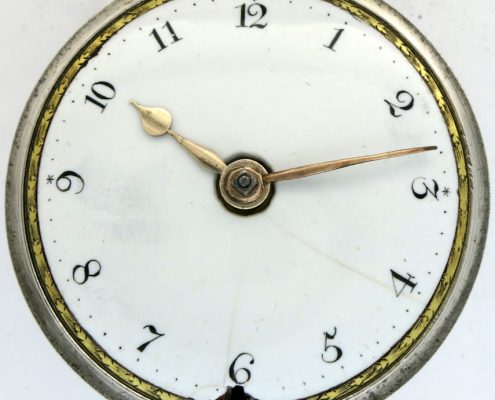 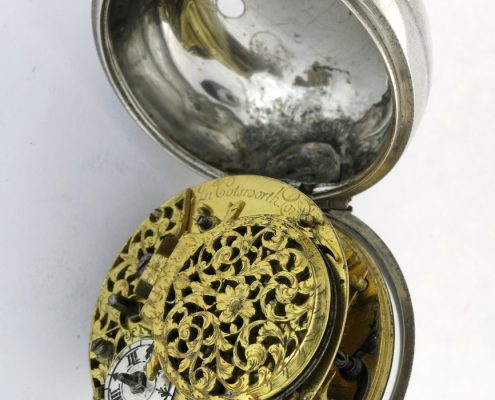 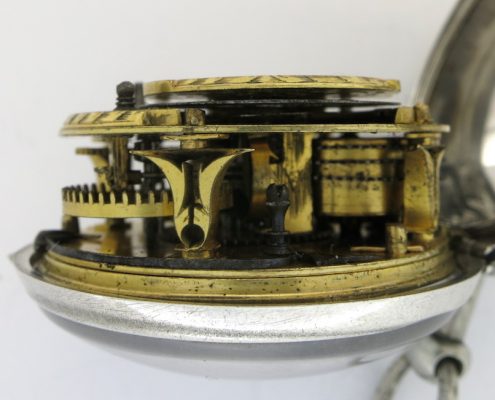 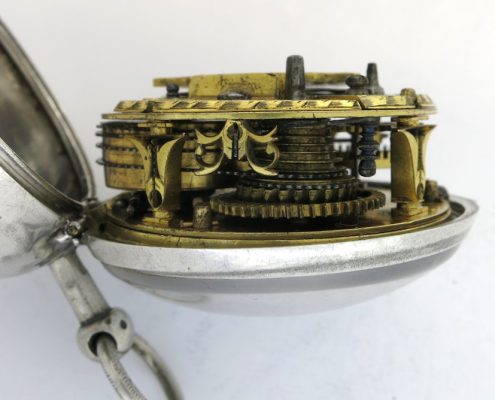 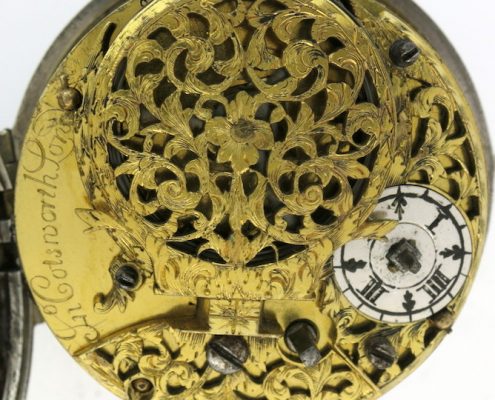 In generally good condition, with just some scratches at the pillar tops, but the gilding is still bright. Running well.

DIAL : Later enamel dial. There are 2 hairlines from the centre, and damage around the opening catch at 6. Later brass hands.

The dial falseplate is nicely engraved around the rim, and is probably original.

INNER CASE : Silver, with no hallmarks or maker’s mark.

The pendant has been reattached to the case and reinforced from the inside. This repair shows through to the outside at the base of the stem.

The hinge is a little worn, but is otherwise fine and the bezel snaps shut correctly. The high dome bull’s eye crystal is also fine.

OUTER CASE : Silver, with no hallmarks but maker’s mark ‘B’. Bright cut engraving around the bezel and band.

In average condition. The hinge is worn but complete, but the catch (spring and button) is absent.

On the bezel, the inside rim has partially detached from the bezel (though still held firmly).

On the back, there are some bruises and a small crack to the rim at the button aperture (see photo).

The outer case contains 6 old watchpapers from Tiverton (Devon), by watchmakers Eames (5) and Pinkstone. These are dated between 1846 and 1870. They all reference the same owner, Mr. Bidgood of Halburton (a village just outside Tiverton).