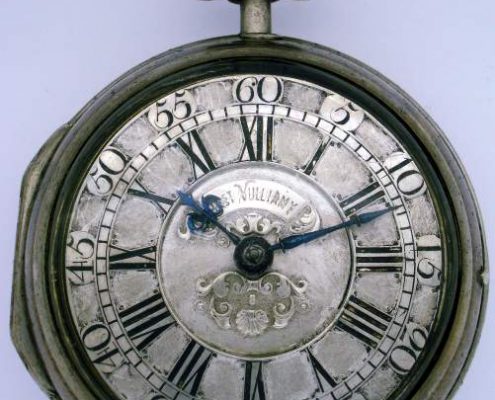 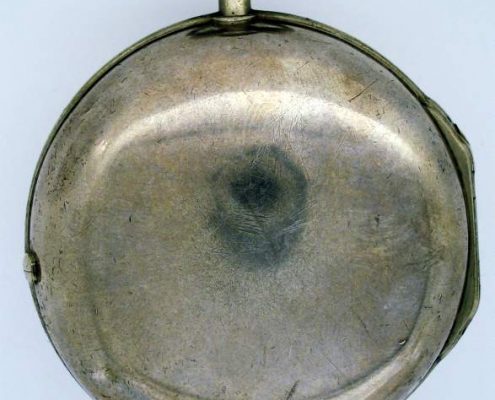 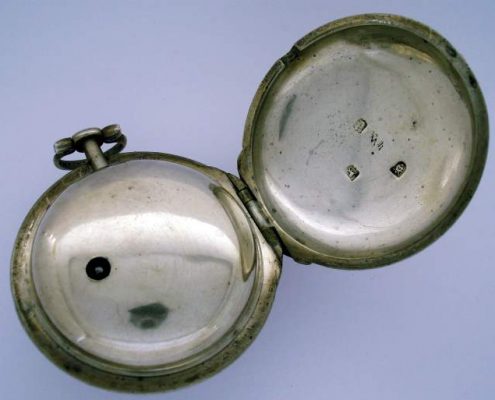 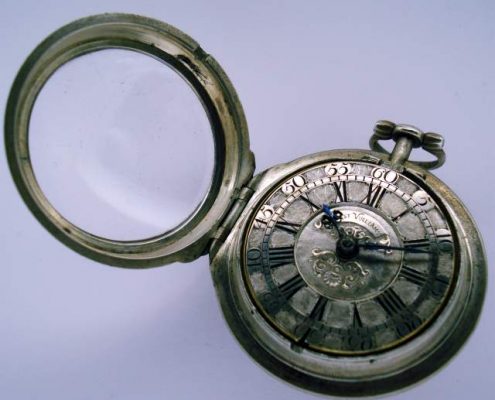 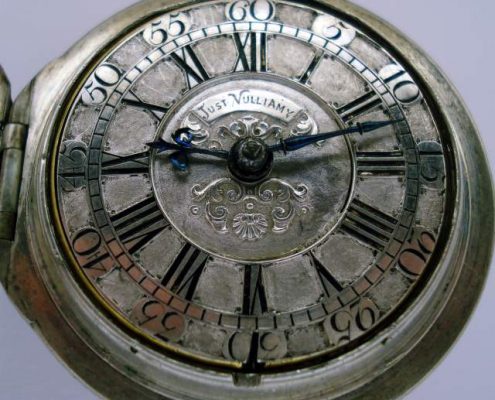 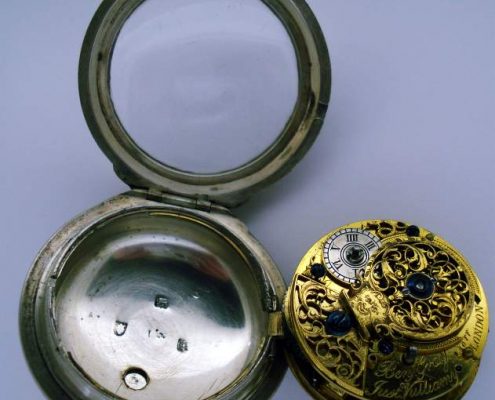 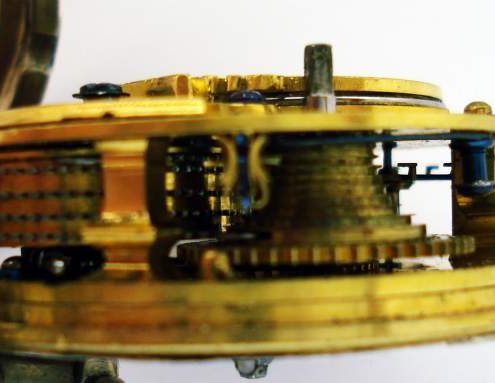 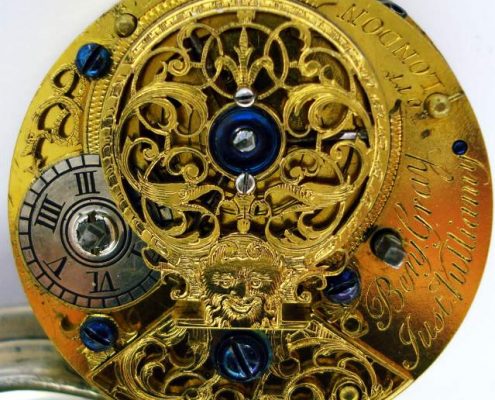 DIAL : 35 mm, champleve silver, signed “JUST VULLIAMY”.
This is a nice 18thc. dial but is certainly not original and has been added to the movement and spuriously signed. The original movement catch does not protrude through the slot in the dial.

CASE : Later silver case, the inner diameter reduced by adding a seating ring for the movement. The case was made about 1800, and has full London hallmarks but the year mark is obscured. It is in very good condition.

Benjamin Gray was active between 1720 and1760 and Justin Vulliamy between 1730 and 1775. Benjamin Gray was made clockmaker to George II in 1744, while Vulliamy emigrated from Switzerland earlier, and at some point married Gray’s daughter. They were partners from that period on.