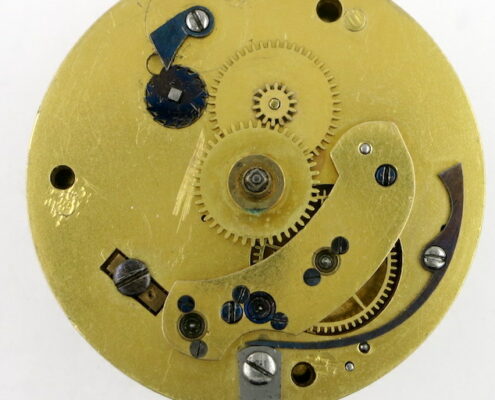 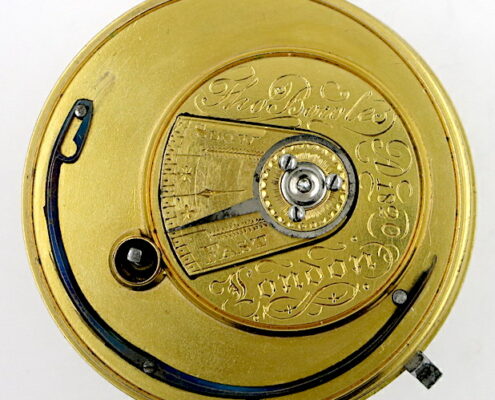 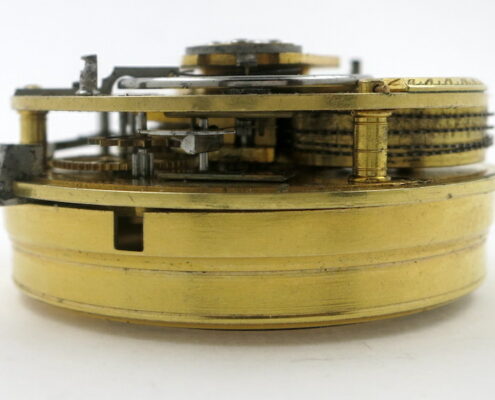 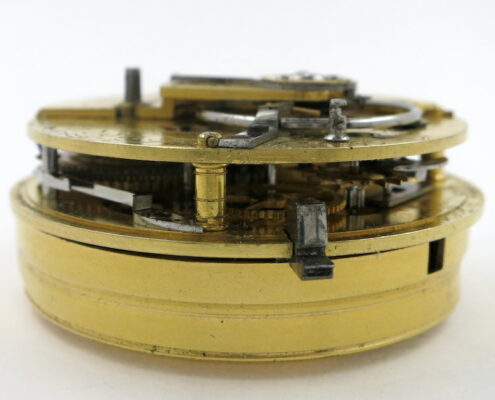 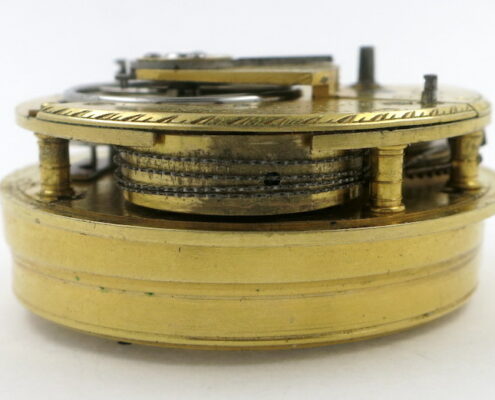 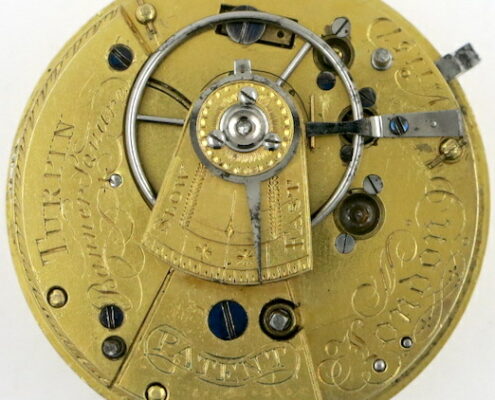 The movement is protected by a removable gilt dustcap, engraved with the owner’s name (Thos. Bowles, London) and dated (1820). The dustcap is original to the movement. It fits perfectly and has the same style of engraving

MOVEMENT CONDITION : Complete, in good condition, and running.
The motion wheels are present.

This watch is probably by Benjamin Turpin, who is listed in London between 1817 and 1829. He was succeeded by his widow, Susannah Turpin, who herself was succeeded by George Turpin. From 1857 the business became Turpin Brothers, still at Banner Square, Finsbury, London.