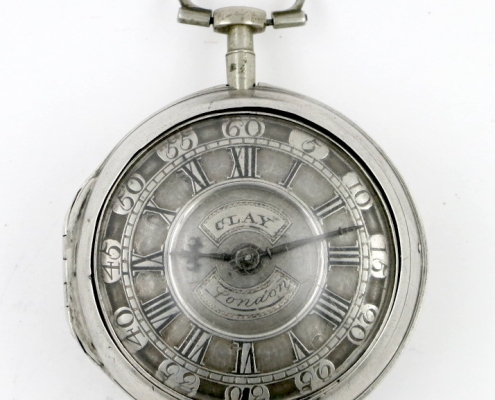 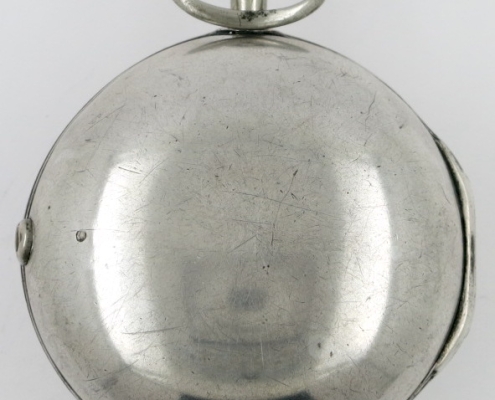 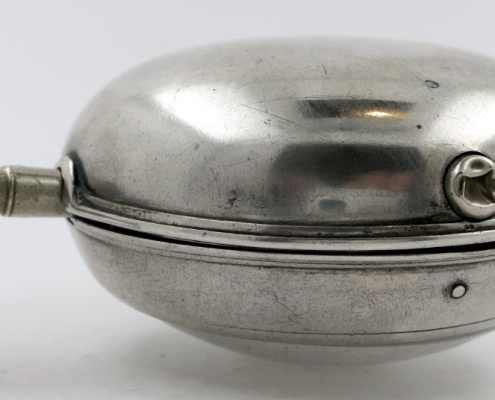 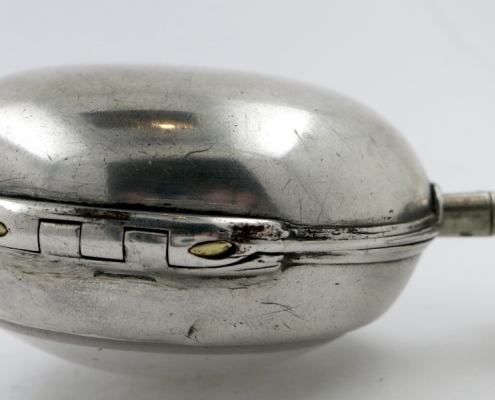 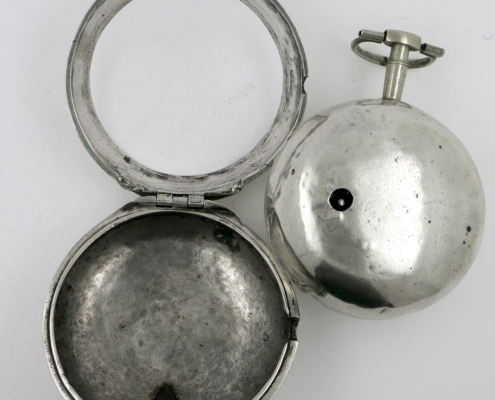 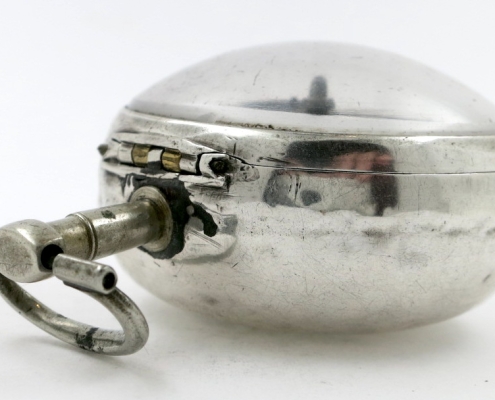 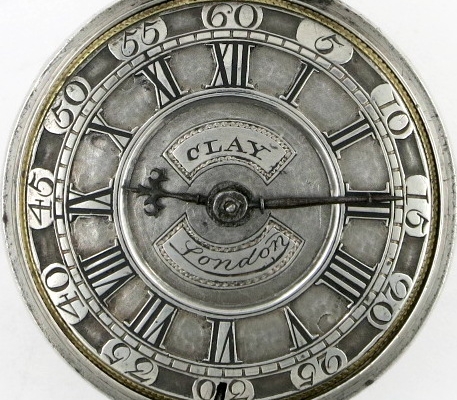 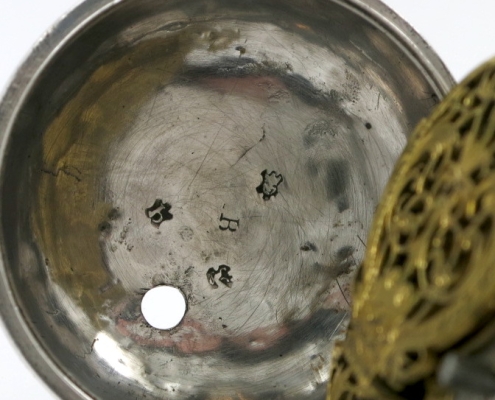 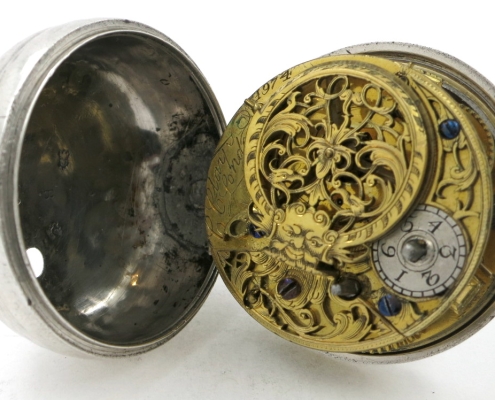 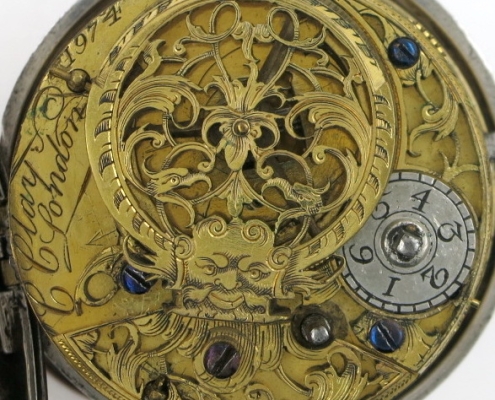 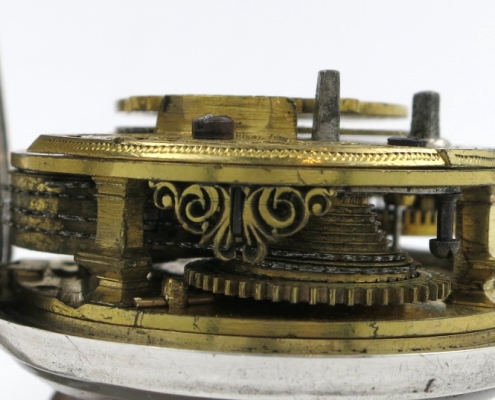 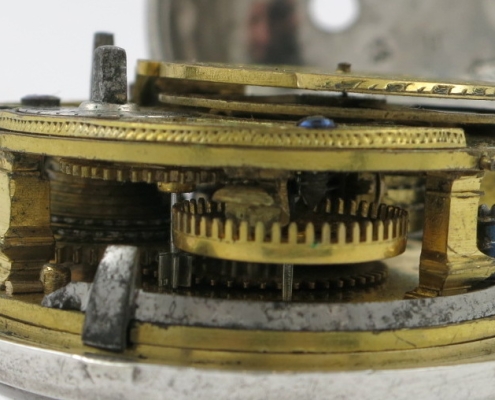 A mid 18thc. London verge in silver pair cases, by a good maker.

In good condition, though the worm screw mainspring set up has been replaced (this is commonly seen). Running well.

INNER CASE : Silver, with London hallmarks for 1751, and rubbed maker’s mark ?B.

In reasonable condition, though the bow and stem are later replacements and the inside of the case has been reinforced at the neck. There is some compression to the silver band, and a few small dents but otherwise the silver is ok. The hinge is complete and bezel snaps shut correctly. The high dome crystal has some scratches but no chips.

OUTER CASE : Silver, with no marks..

In very good condition throughout with just a dent to the catch button. The hinge and catch are fine and the case closes correctly.

Charles Clay (II) worked in London from about 1730 until 1761. He was clockmaker to King George II.