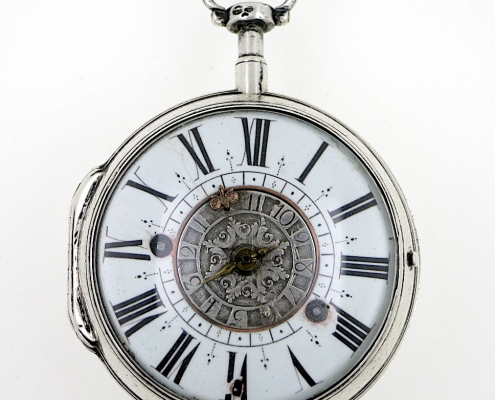 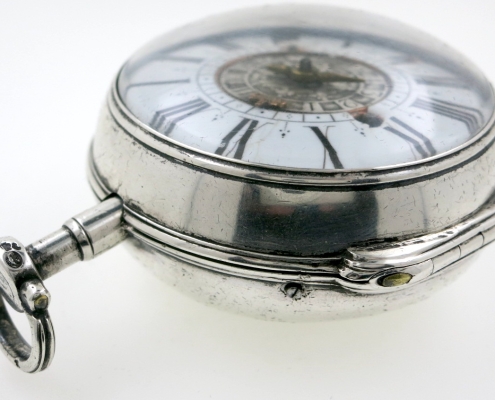 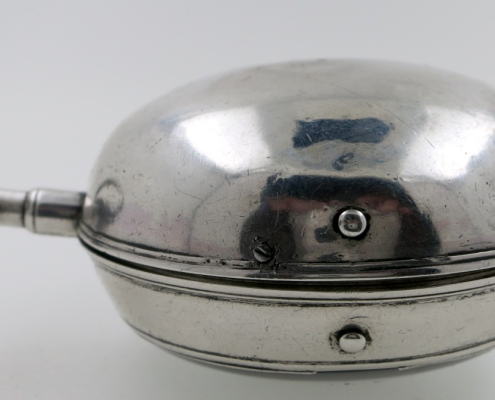 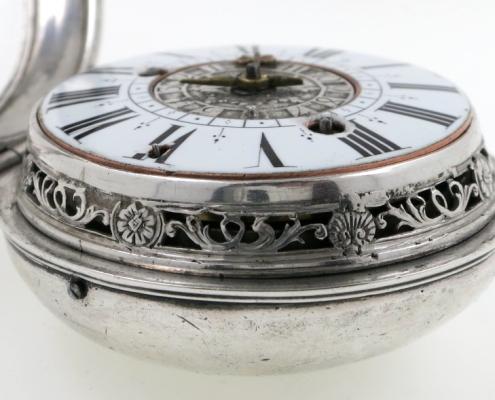 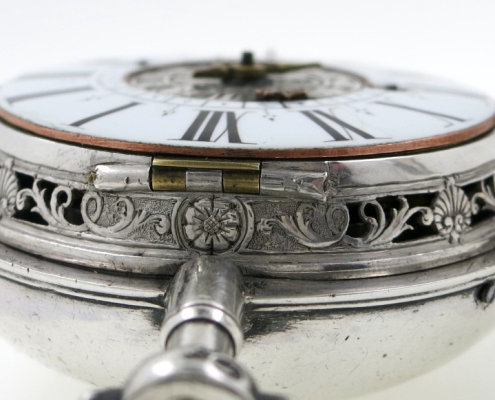 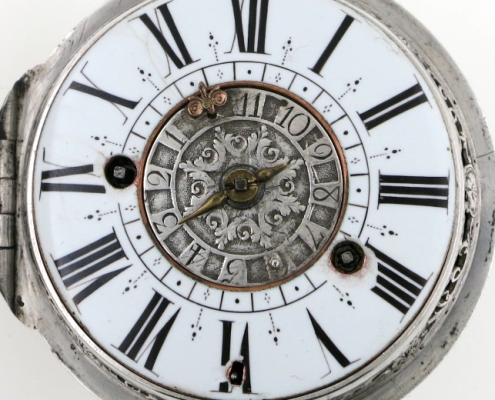 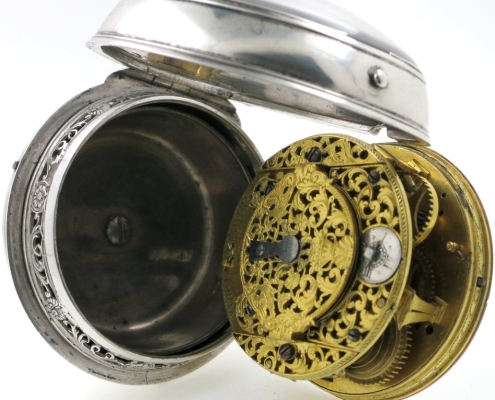 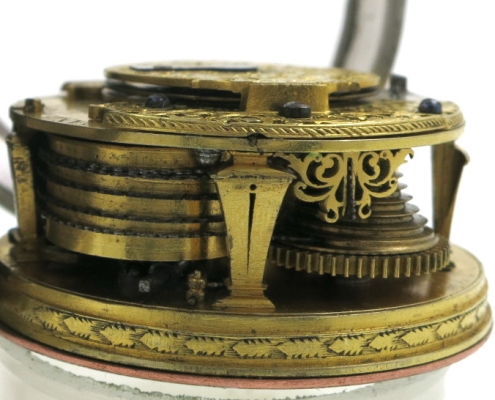 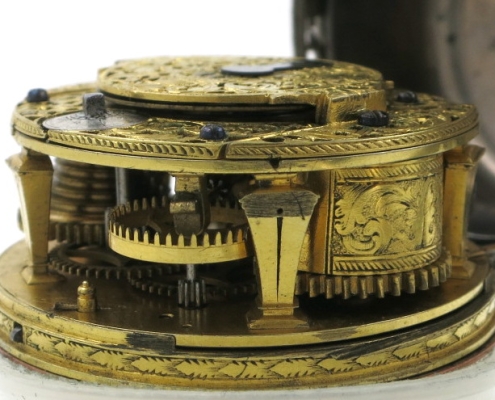 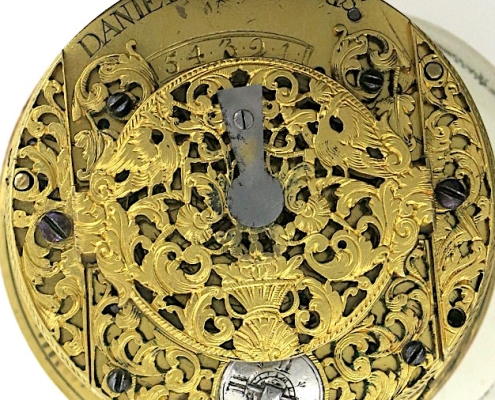 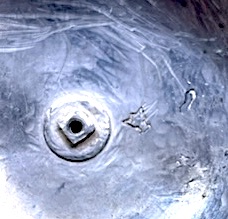 A single handed, verge alarm in a silver case, with unusual decoration and layout of the top plate.

The steel alarm mechanism strikes the bell with a double hammer.

There are two winding arbors, through the dial, one which winds the fusee, and the other winds the alarm strike barrel.

The movement is in good condition, complete and original, except for one pillar tip which is missing at 5. It is running well. The alarm functions correctly.

The single hand (which is attached to the alarm disk) is set by turning (clockwise) the disk, using the small stud on the alarm disk at 6.

The alarm is set by turning the central arbor with a key (again clockwise) until the central pointer indicates the alarm time required on the disk.

CASE : Silver, with pierced and engraved gallery.
The pendant and bow are replacements (probably late 18thc.).

Under the bell, there are some rubbed silver marks, including a maker’s mark *JQ?.

Nice condition with just one small bump on the back, and a little damage to the bezel at 3. The high dome crystal is fine. The hinge is good but the bezel doesn’t snap shut (bezel slightly distorted).

The bell, screwed to the inside, is good, with no damage or repairs.

There does not appear to be a Daniel Mauris (or Mauvis) listed at this time  The unusual balance bridge, with very wide ‘D’ shaped feet may  indicate a Dutch origin (there are a number of Dutch watches documented from around 1700 which have this unusual balance bridge form).  The watch could be French or Dutch, but the name Mauris is more likely to indicate a Geneva (or at least Swiss) origin.

There was a well known case maker named Jacques Mauris working in Geneva during the early 18th century, so this watch may be by one of his family.

PROVENANCE : From the collection of Sir Nicholas Goodison.