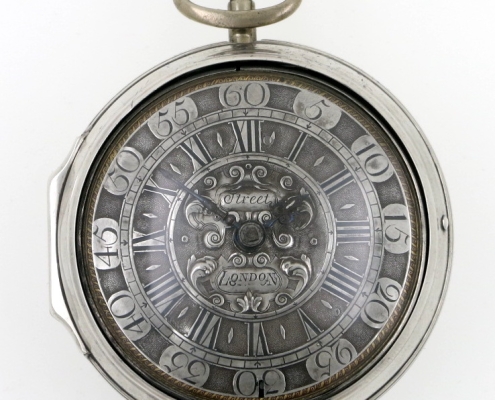 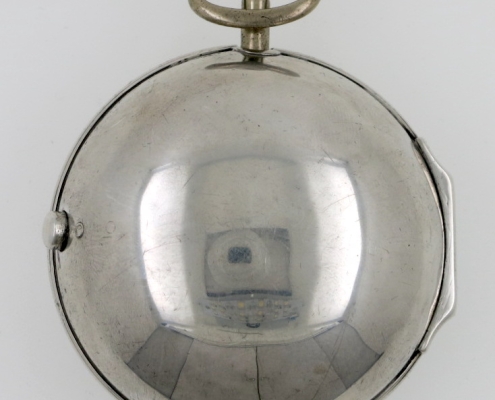 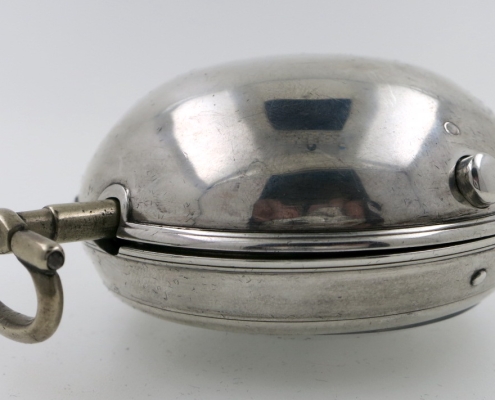 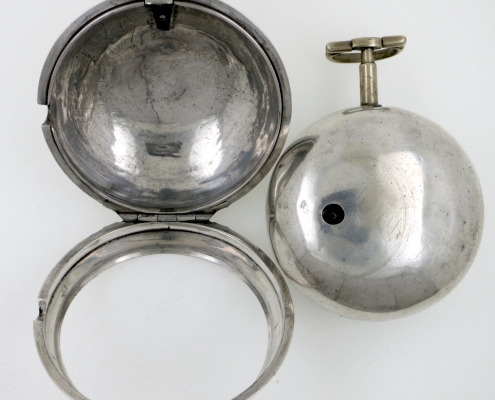 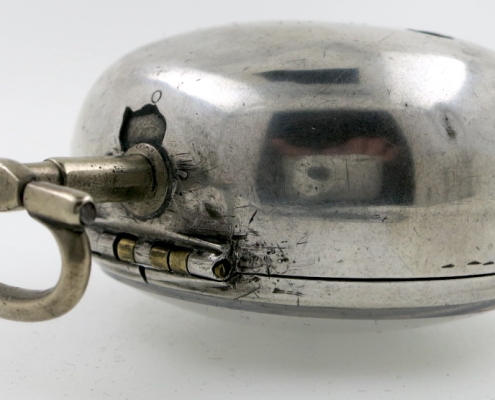 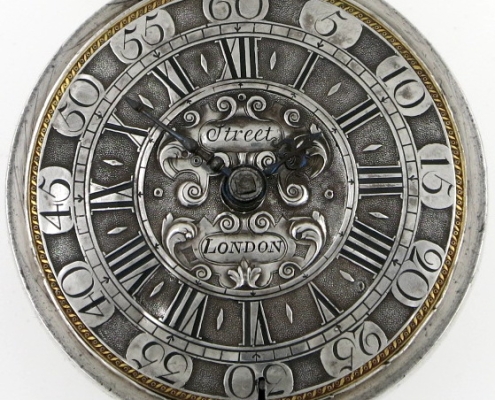 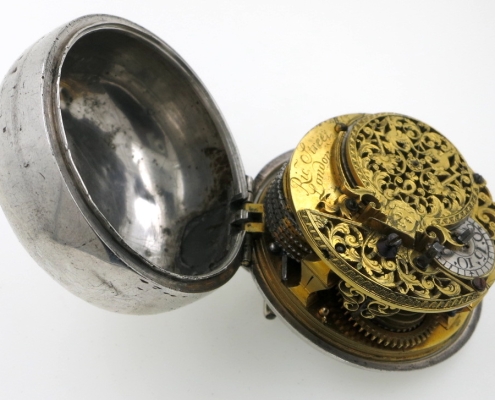 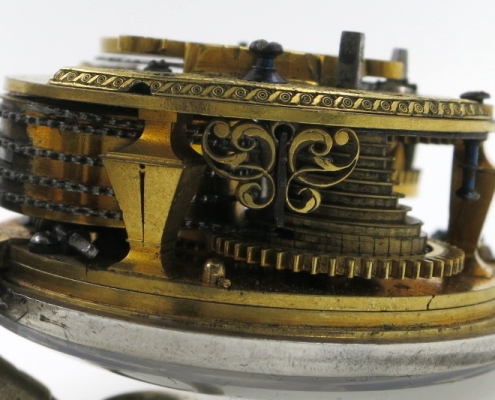 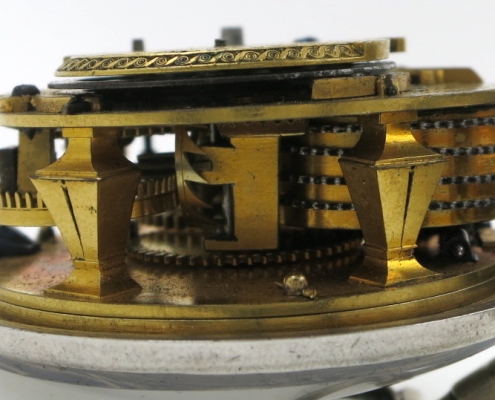 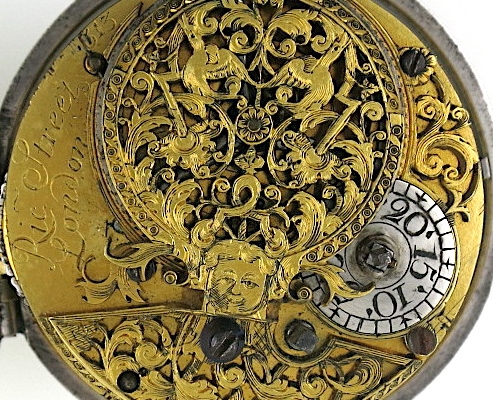 MOVEMENT : Gilt verge movement, with a large and particularly well engraved and pierced winged balance cock, featuring a mask on the neck and birds within foliage and scrolls above. Four Egyptian pillars.

In reasonable condition, except around the neck where there is damage. This has been repaired by the addition of a silver plate riveted to the inside of the case. The bow and stem are later base metal replacements. There are a couple of small bruises around the band

The hinge is fine and the bezel snaps shut correctly. The high dome bull’s eye crystal is also good.

All in very good condition, though the catch and catch button are replacements.

Richard Street is listed in Show Lane and then Fleet Street in London between 1687 and 1722.