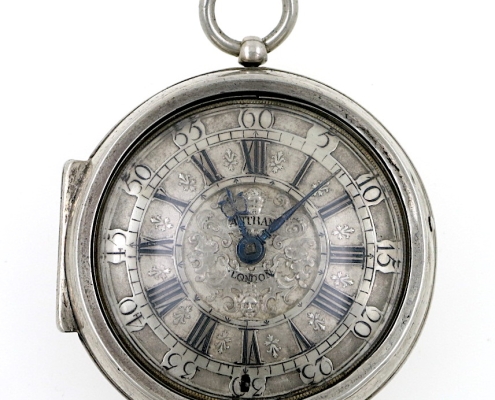 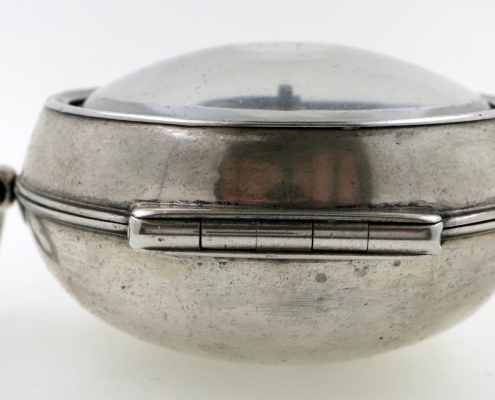 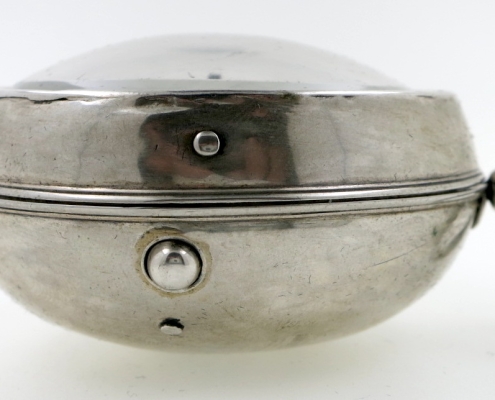 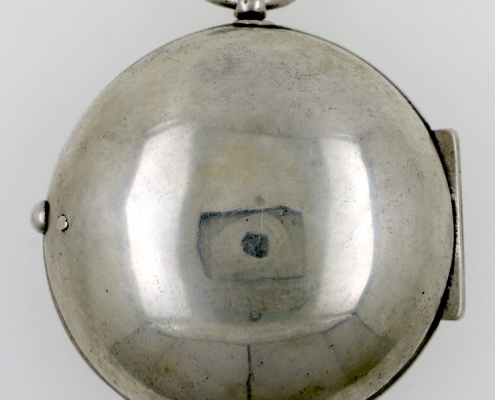 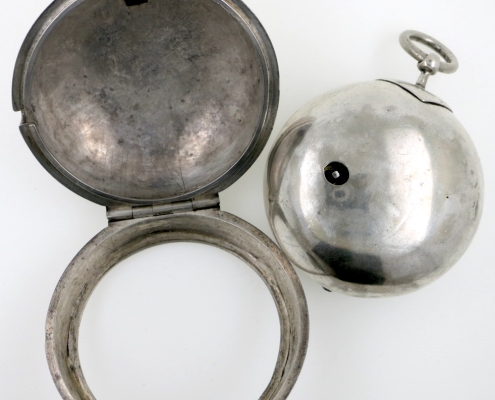 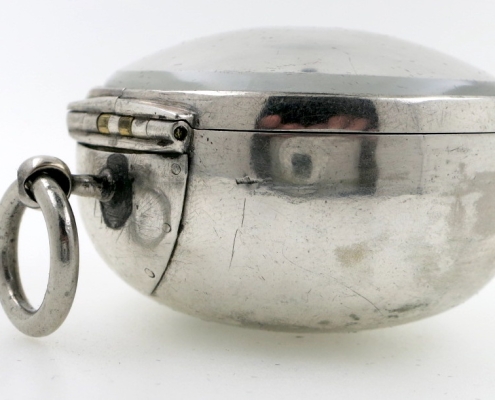 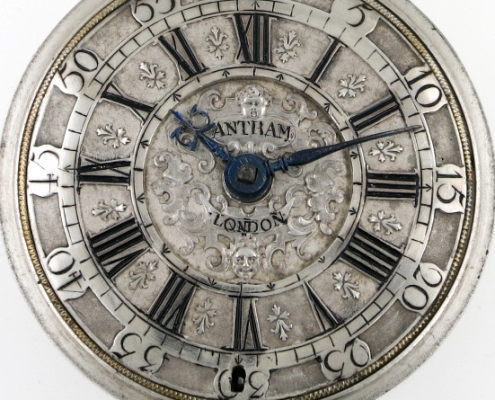 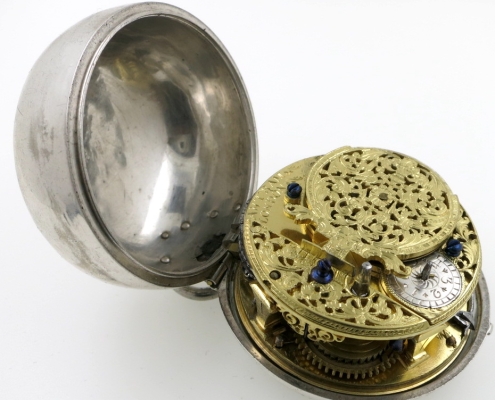 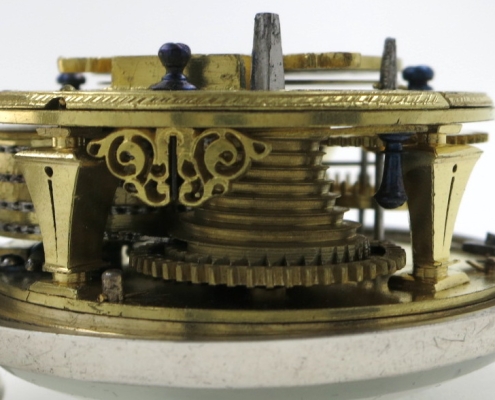 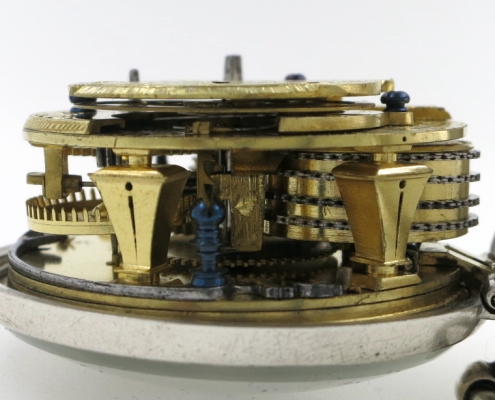 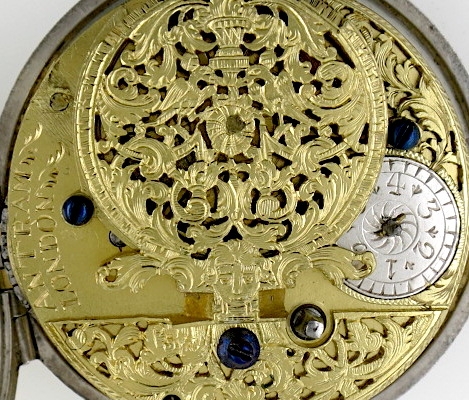 MOVEMENT : Gilt verge movement, with a large and well engraved and pierced winged balance cock, featuring a mask on the neck and birds and scrolls above. Four Egyptian pillars.

In good condition, though one of the pillar tops is missing (with associated scratches).
Running well.

INNER CASE : Silver, with maker’s mark PH? under a crown.

In good condition, though the pendant and bow are probably replacements. The stem has been reattached and reinforced with a silver plate. The hinge is fine and the bezel snaps shut correctly. The high dome bull’s eye crystal is also fine.

The large square hinge, catch and catch button are fine and the case closes correctly. There are some very light bruises to the bezel, but generally in good condition.

Joseph Antram is listed from 1697 and died in 1723. An important maker, he was clockmaker to George I.