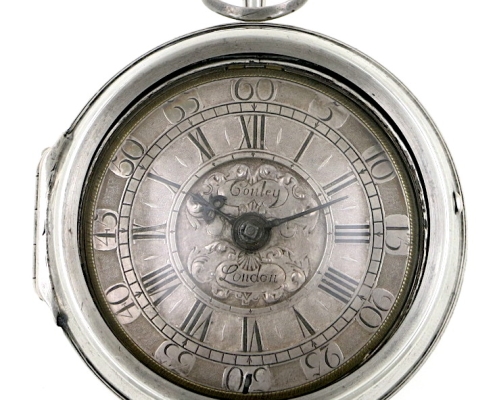 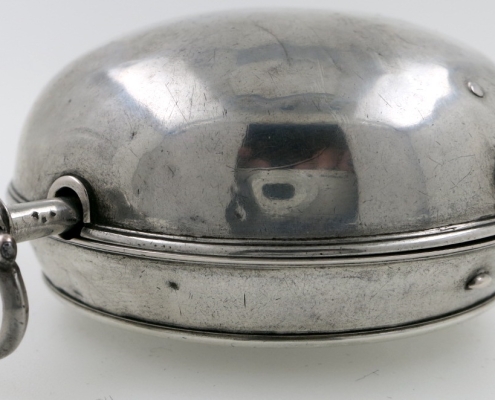 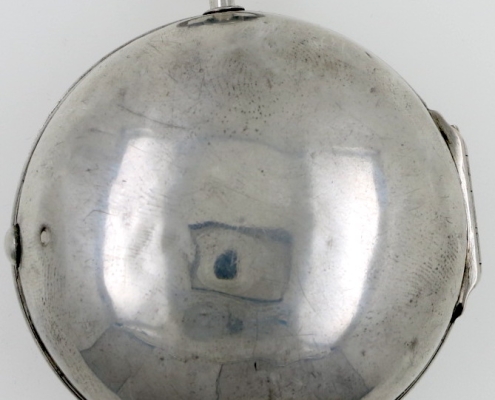 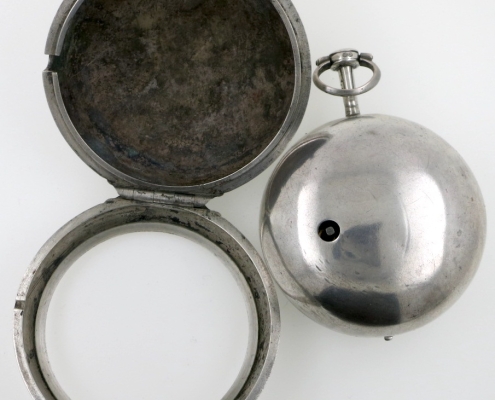 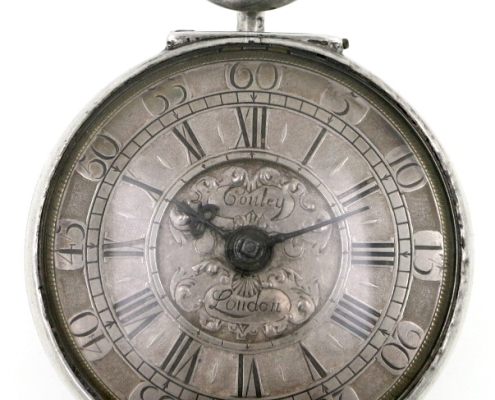 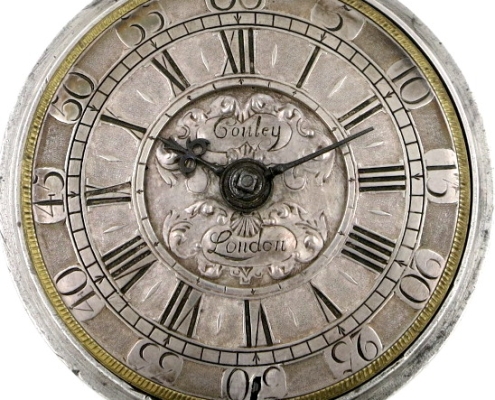 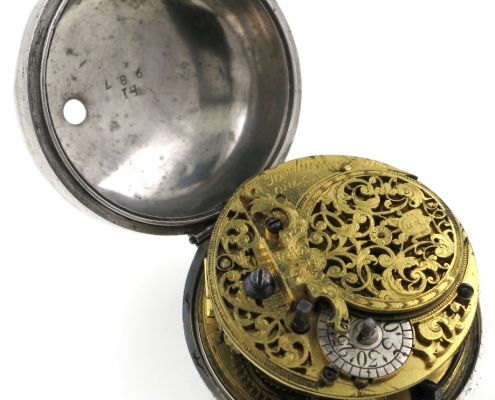 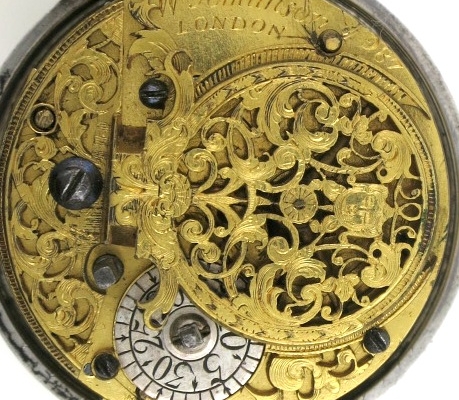 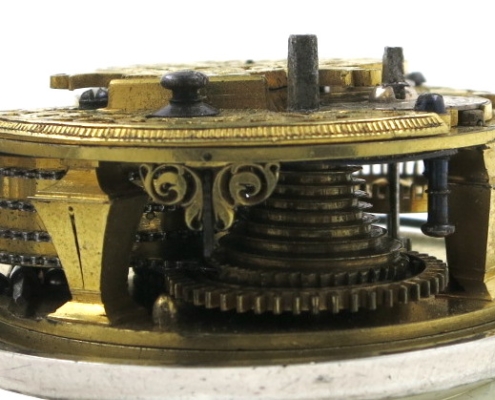 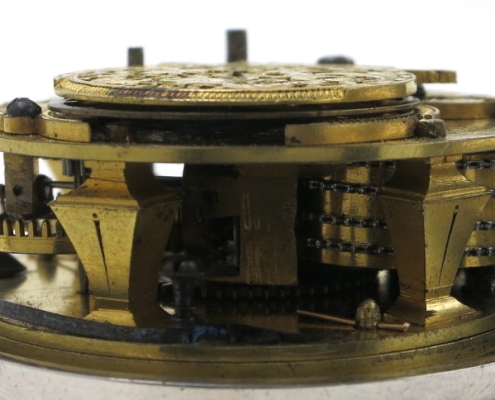 In good condition and running well.

In good condition, though the stem and bow are later replacements. The stem has been slightly pushed into the case, and possibly reattached.
The hinge is fine and the bezel snaps shut correctly. The high dome crystal is good.

In good condition, with just a few very small bruises. The hinge, catch and catch button are ok and the bezel snaps shut.

The name on the dial (Conley) does not match the movement signature, but the dial appears to be original, and there seems not to be any 18thc. English watchmaker named Conley. So this name might indicate the original owner rather than maker.

William Tomlinson was born around 1673 at Crosmoore, Lancashire. He worked at Miles Lane, London in 1699 and afterwards at Birchin Lane and Gracechurch Street. He died around 1750.