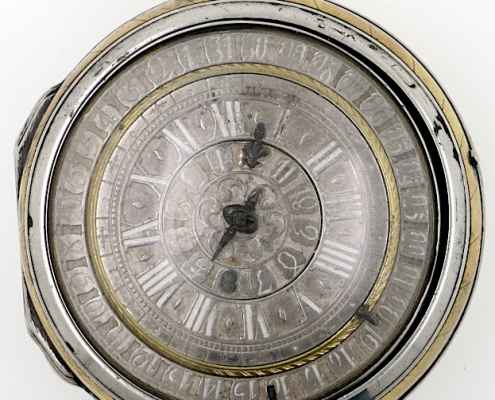 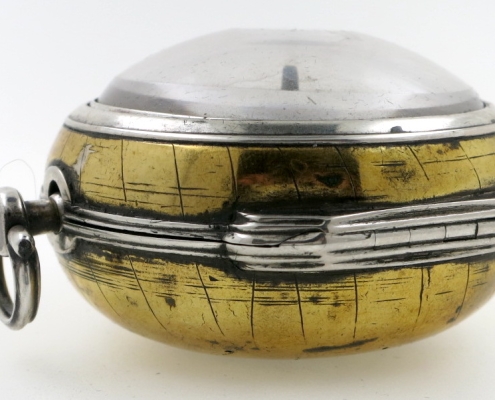 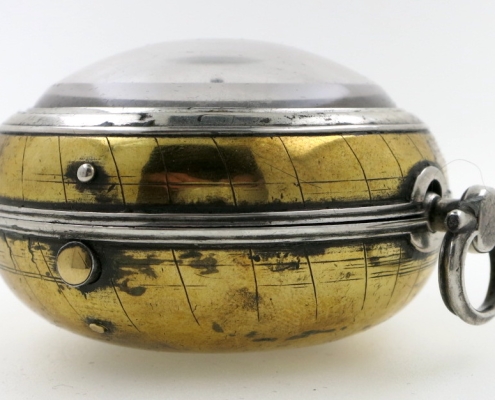 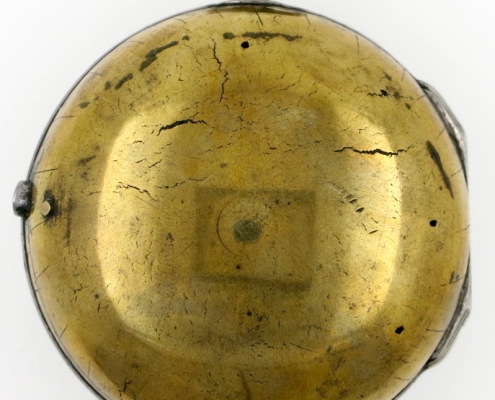 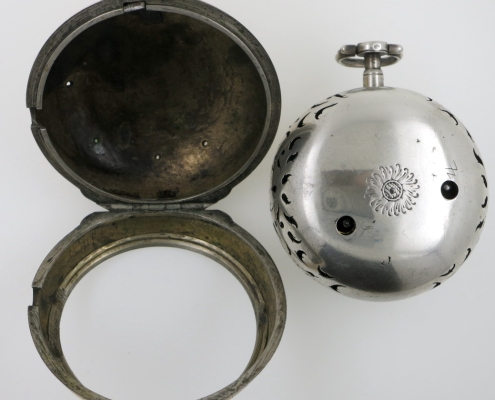 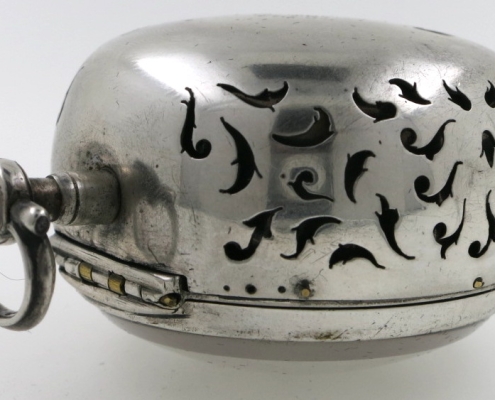 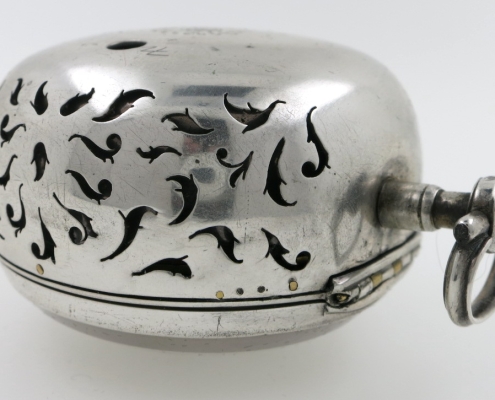 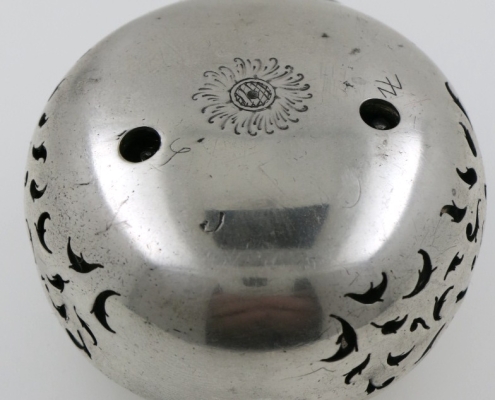 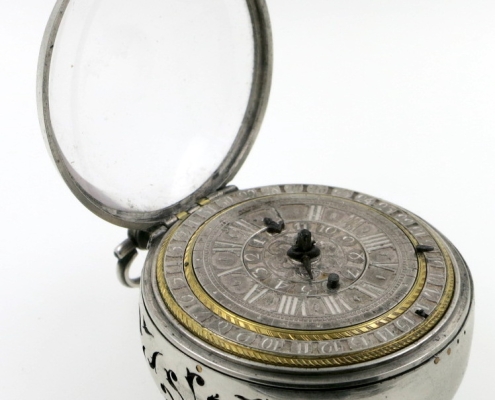 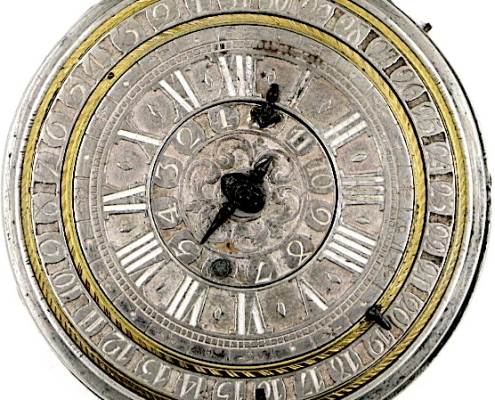 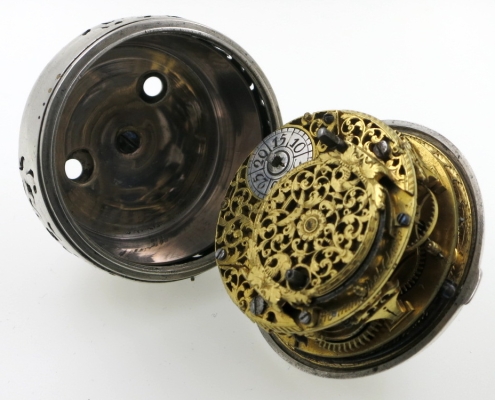 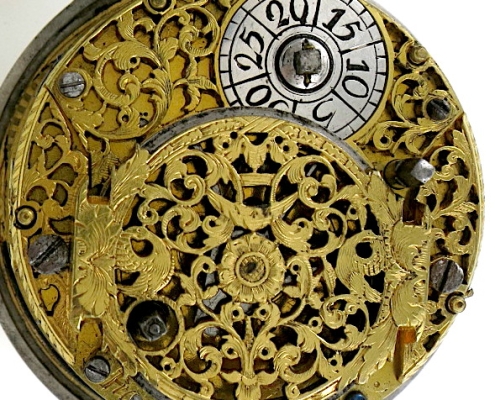 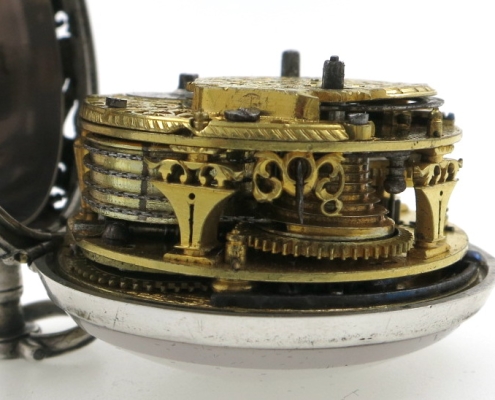 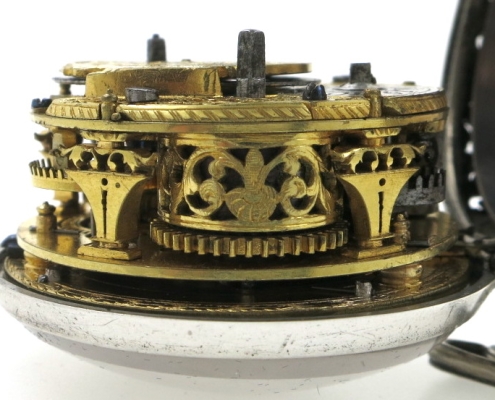 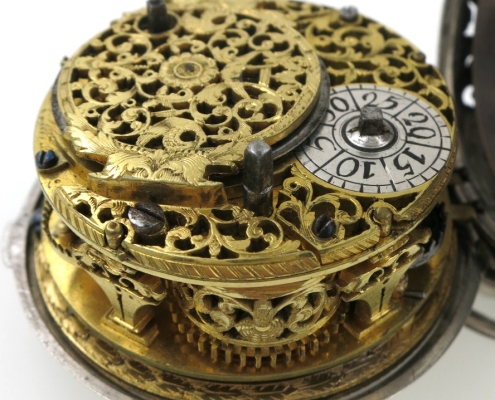 The steel alarm mechanism strikes the bell with a steel hammer.

There are two winding arbors. The one through the balance bridge table winds the fusee, and the other winds the alarm strike barrel.

The movement is in very good complete condition, complete and original. It is running well. The alarm functions correctly.

The single hand (which is attached to the alarm disk) is set by turning (clockwise) the disk, using the small stud on the alarm disk at 6.

The alarm is set by turning the central arbor with a key (again clockwise) until the central pointer indicates the alarm time required on the disk.

Nice condition throughout. The high dome bull’s eye crystal is fine. The hinge is a little worn, but complete and the bezel snaps shut.

The bell, screwed to the inside, is good, with no damage or repairs.

This case would originally have had a shagree, shell or leather covering, pinned to the brass base. Other than the absent covering, the case is in good condition. The hinge, catch and catch button are good and the bezel snaps shut.

It may be that ‘Fromanteel & Clarke’ was also in use before Ahasuerus’ death, Clarke working either with his father in law, or with Abraham, (who was in Holland for some of the time between 1694-1697).
(Ref. British Museum biography).

This watch could have been made in London or Amsterdam, and the shape of the balance bridge certainly has Dutch influence.