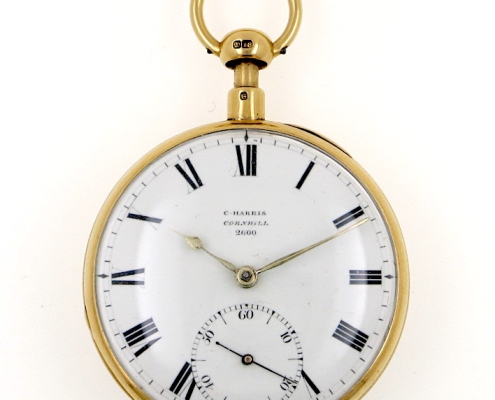 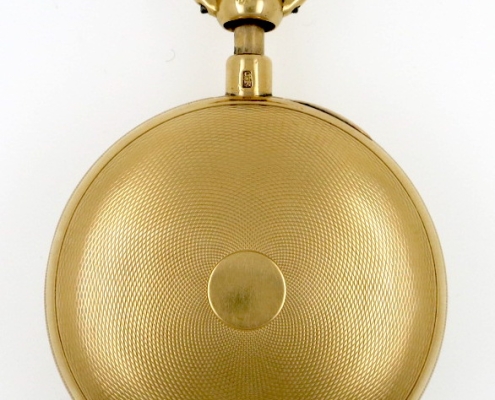 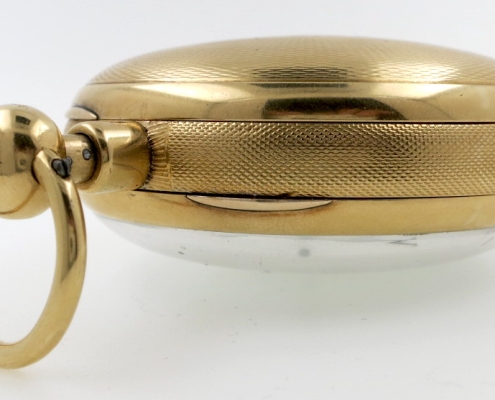 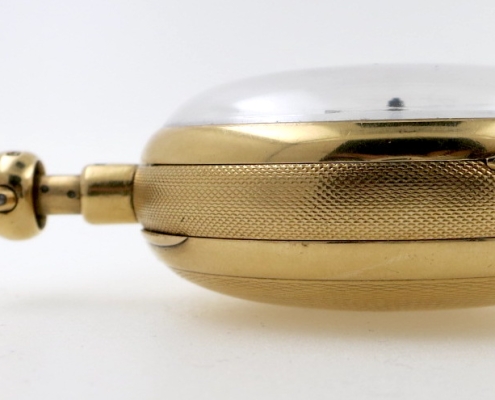 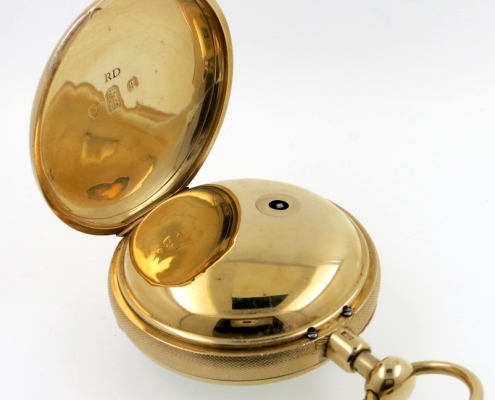 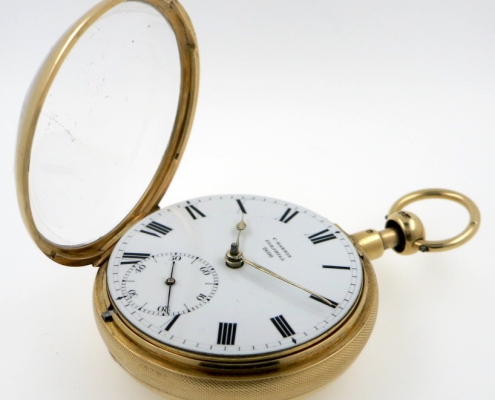 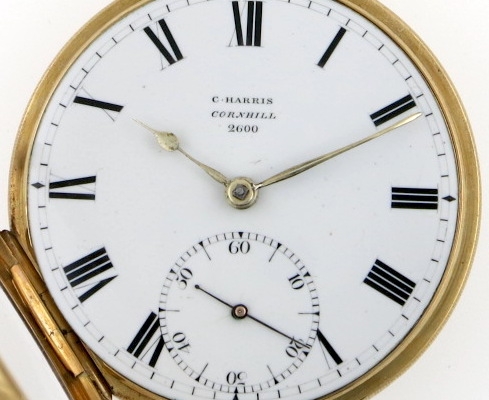 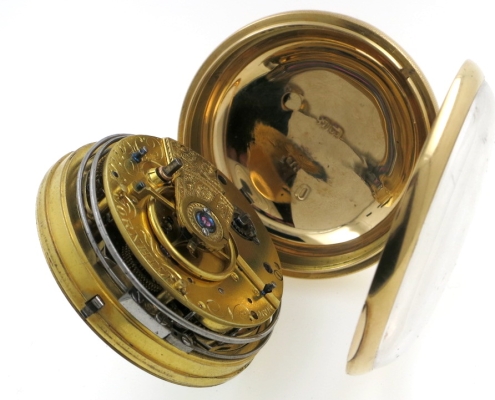 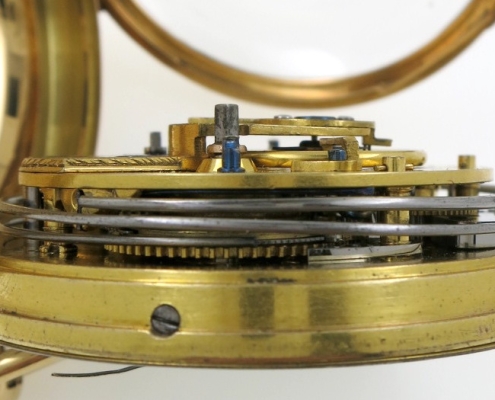 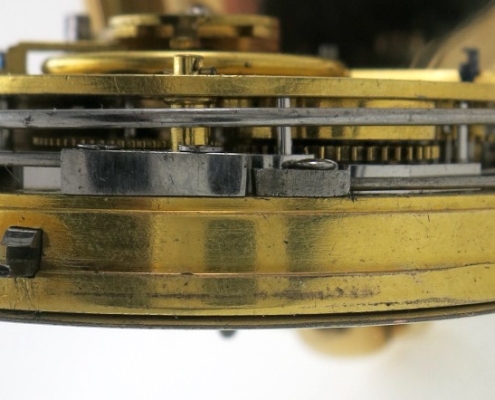 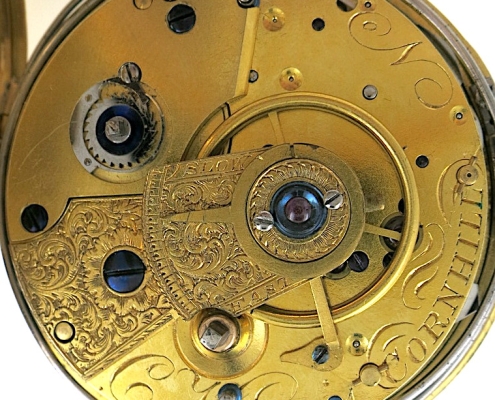 A fine London gold cylinder watch, with a half quarter repeat.

Half, quarter repeating with two polished steel hammers striking two steel gongs.
The repeating function is activated by pushing down the stem. This strikes once for each hour, twice for each quarter, and once for the half quarter (7.5 minutes). Good tone to the chimes.

The movement is in very good condition, and is running well and repeating correctly. There are 2 small steel posts screwed to the top plate which would have fixed a removable gilt dustcap, but this is now absent.

DIAL : White enamel dial., signed and numbered as the movement. In excellent condition, with just three very faint short hairlines from the centre of the seconds dial. Gilt hands with blued steel seconds.

CASE : The heavy 18ct. gold case has London hallmarks for 1822. Engine turned engraving to the back and band.

The case is in good condition, with just a few light scratches and a small dent on the band at 1. The crystal has a few scratches but no chips or other damage.

All hinges are fine and the bezel and back cover snap closed correctly.

This is a substantial case, weighing over 62 gms. without movement and crystal.

Clement Harris, a chronometer maker to the East India Company, is listed at 76 Cornhill, London between 1822 and 1842.

PROVENANCE : This watch is reputed to have been owned by Charles Waring Darwin.
Colonel Charles Waring Darwin was a British solider and landowner. A second cousin once removed of naturalist Charles Darwin, his father changed the family name from Rhodes to Darwin in 1850 in order to inherit Elston Hall from his brother in law.

Darwin entered the British Army in 1873. By the time he left service he had seen active service in the Second Boer War.