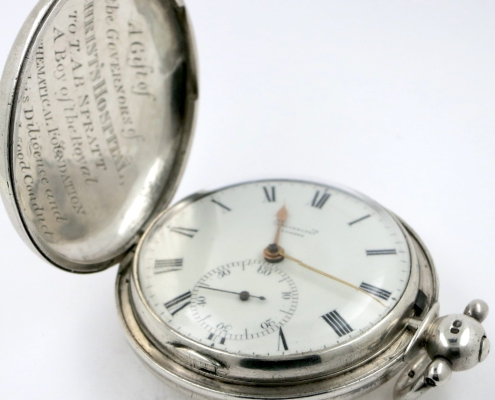 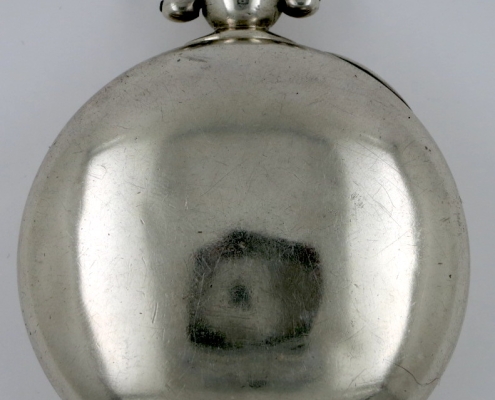 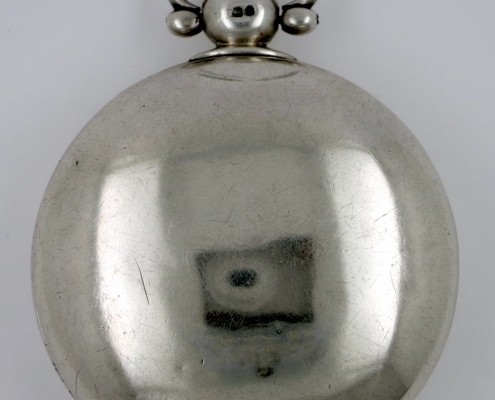 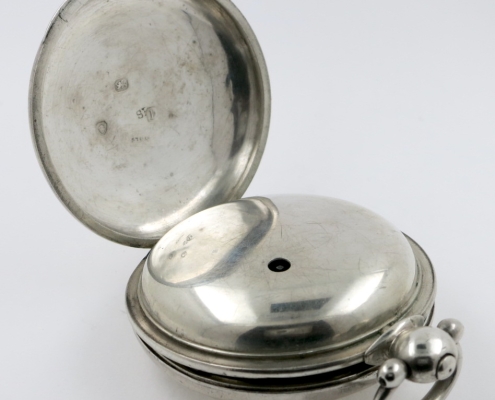 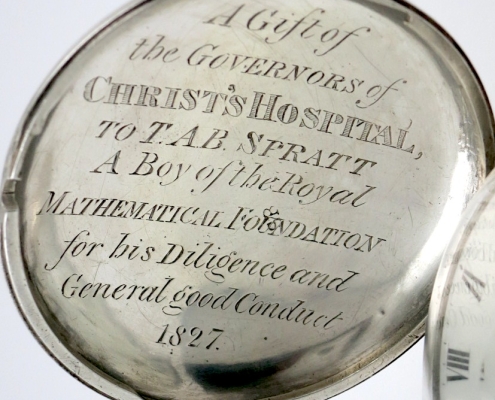 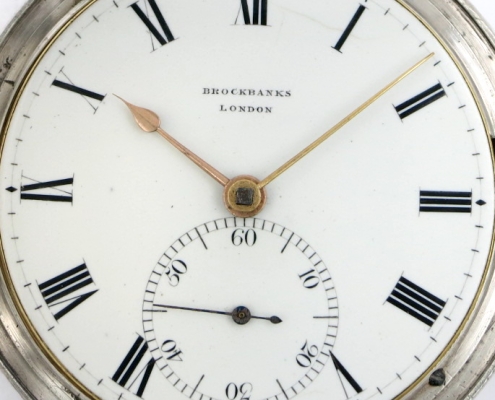 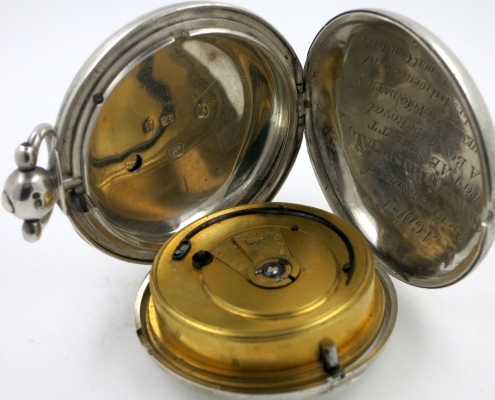 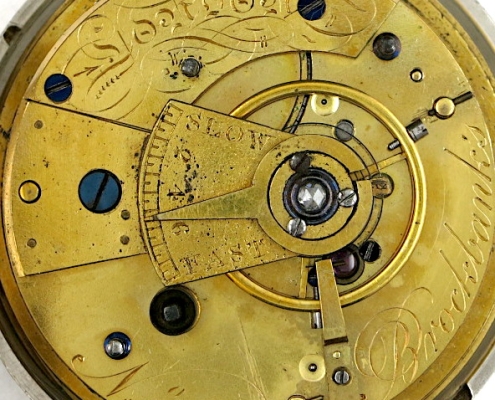 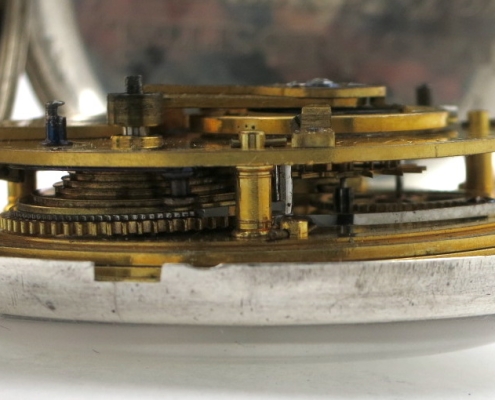 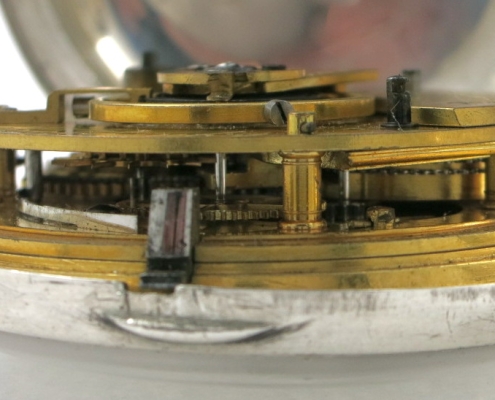 The movement is protected by a removable gilt dustcap.

All in good original condition, and running well. There is one scratch on the top plate, just to the right of the serial number, and some tarnishing to the balance cock.

DIAL : A fine white enamel, signed as the movement. In perfect condition except for a couple of light hairlines towards the edge between 12 and 1.

CASE : Silver, full hunter case with hallmarks for London, 1826, maker’s mark SB, and case number 5700. The inside of the cover is engraved as follows :

“A Gift of the Governors of Christ’s Hospital, to T.A.B. Spratt, a Boy of the Royal Mathematical Foundation, for his Diligence and General Good Conduct, 1827”.

This is a heavy silver case, in generally good condition, with just a few scratches and small dents. The front cover is sprung, and this cover does lift when the button on the stem is pressed. The hinges are fine and both covers snap shut. The crystal is fine.
The large bow is probably original and is slightly distorted, with a short crack in the silver on one side (though still strong and not cracked right through).

Brockbanks of London were in business between about 1790 and 1835. The company was a partnership between brothers John and Myles.

Thomas Abel Brimage Spratt was an important British naval officer and marine surveyor during the mid 19th century. He attended Christ’s Hospital school prior to joining the Royal Navy in June of 1827 and went on to become a vice-admiral, hydrographer, and geologist. Given the date of its inscription, the present watch was probably given to Spratt on the occasion of his departure from Christ’s Hospital for Naval service.