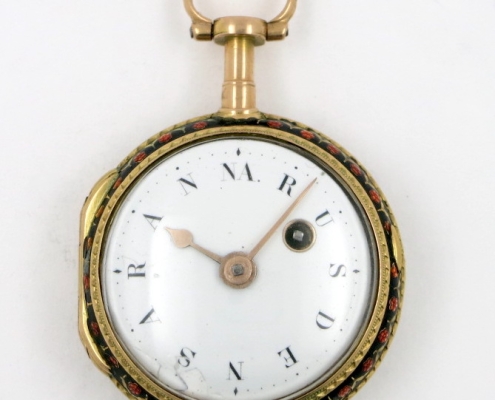 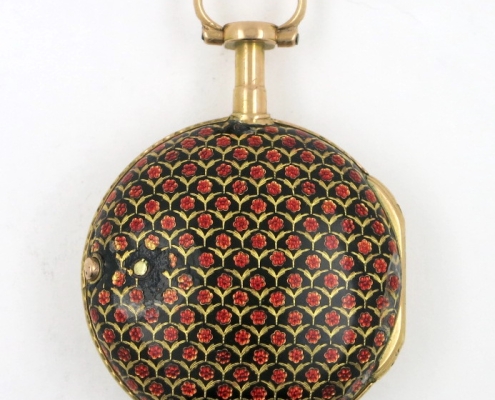 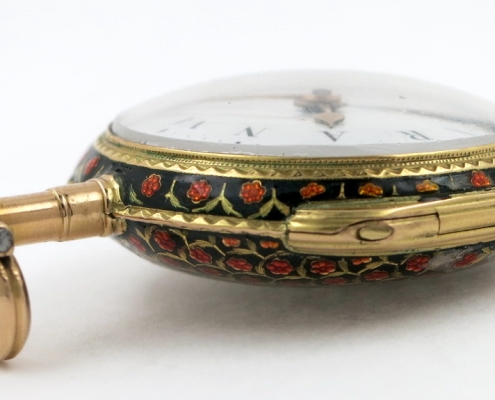 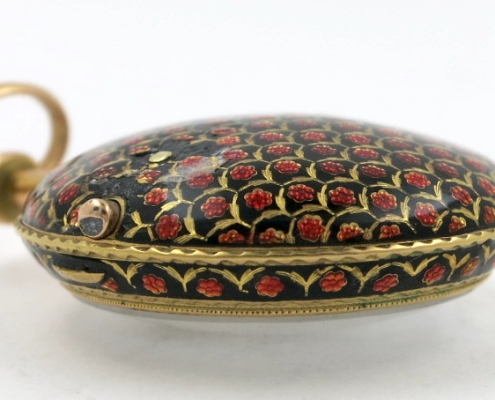 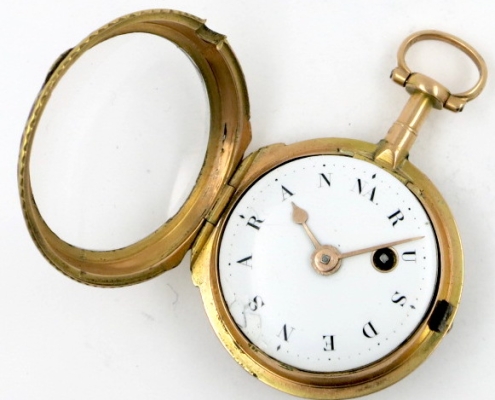 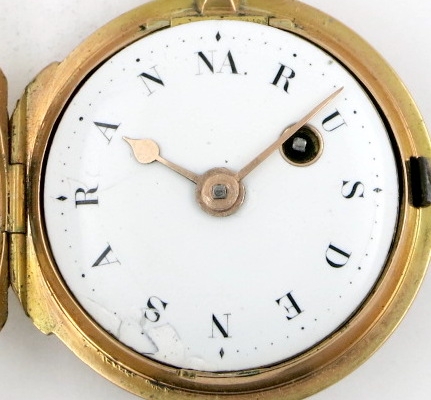 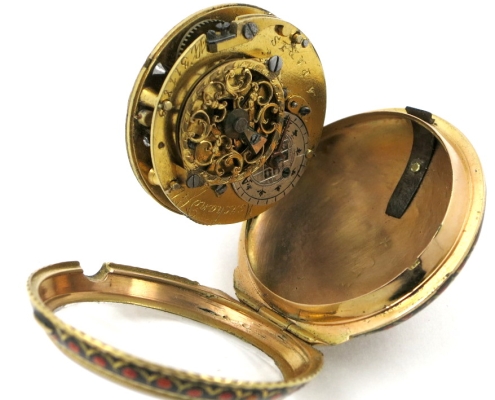 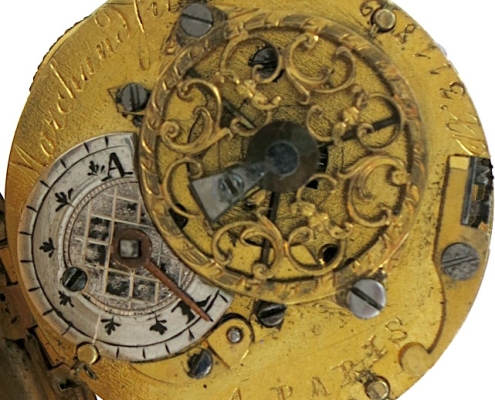 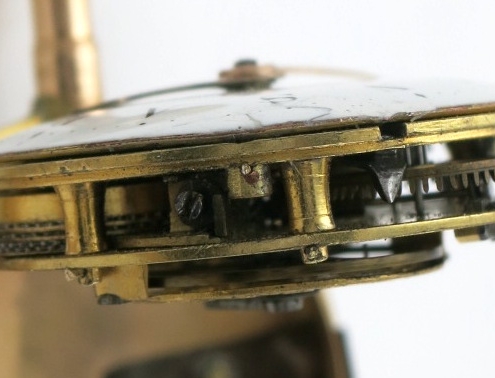 A little Paris verge in a gold and enamel case, with an interesting history relating to an important Australian women’s rights activist.

In good condition. Running a little fast (gaining a couple of minutes an hour).

DIAL : A white enamel dial, with a name in place of the chapter ring. This reads SARANNA RUSDEN.

The dial is in reasonable condition, with a small chip filled in at the centre, some repairs along the edge between 6 and 8 and a hairline from the edge at 9.

CASE : A very attractive gold case, with orange and black fish scale enamel decoration to the bezel and back. No maker’s or gold marks but with the movement serial number (worn) stamped on the inside of the back.

The gold is in good condition, with just some wear to the catch button. The enamel has some damage to the back, at the neck and around the catch spring stud. The crystal is good with just one small scratch.

The hinge is good, but the steel movement catch is missing the small lever that should extend out from under the dial, allowing the lever to be pushed in to swing out the movement. So although the movement is held firmly in the case, the catch needs to be pushed in with a pin to release it, with care taken to avoid damaging the dial.

Marchand Fils are listed in Paris during the late 18thc. The dial for this watch probably dates from 1810 so either the watch is a little later (there is very little information available on Marchand Fils) or the dial was added at or after Saranna’s birth.

Saranna was the mother of the famous and important Australian women’s rights activist Rose Scott (1847 to 1925), who founded the Women’s Political Education League in 1902 and advocated for women and universal suffrage in New South Wales at the turn of the 20th century.