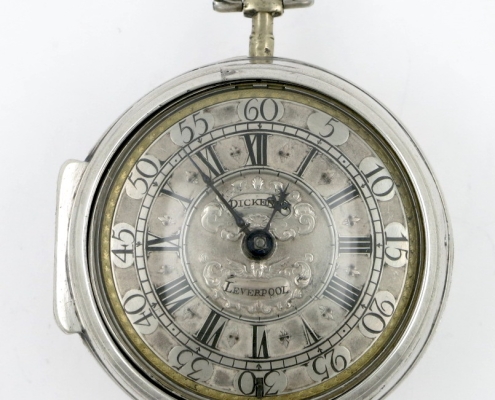 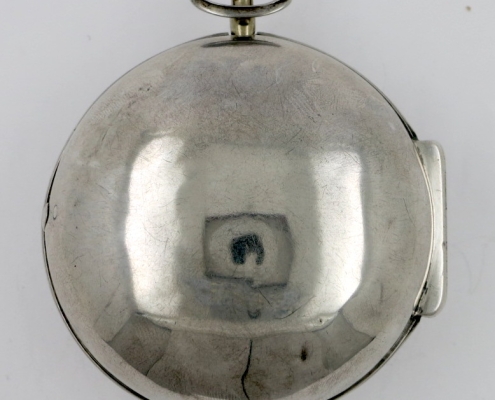 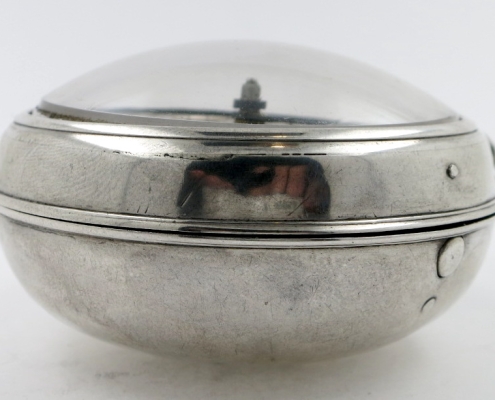 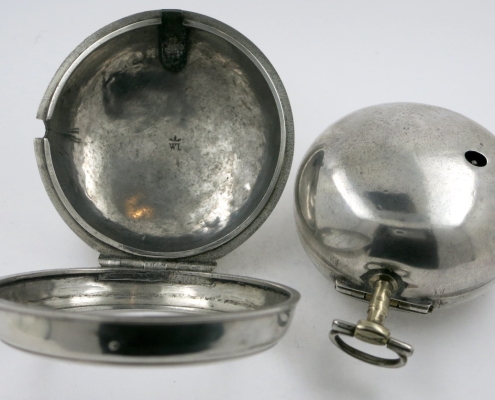 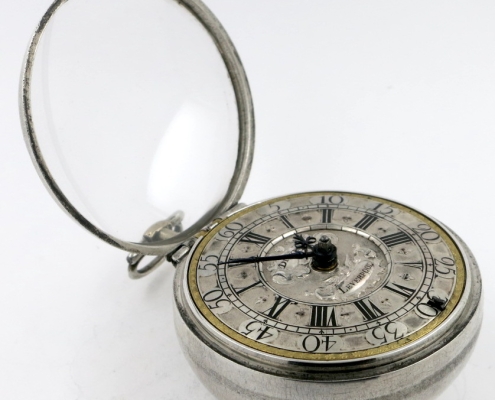 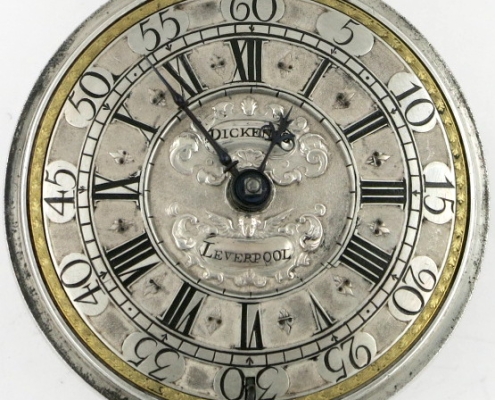 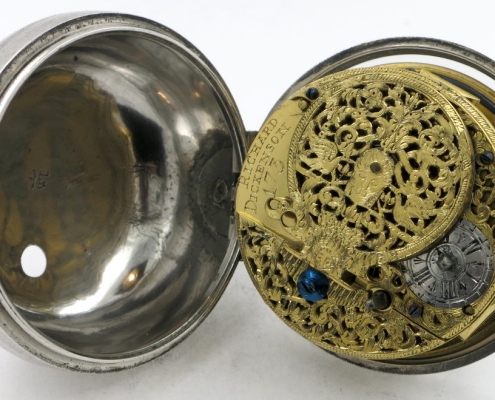 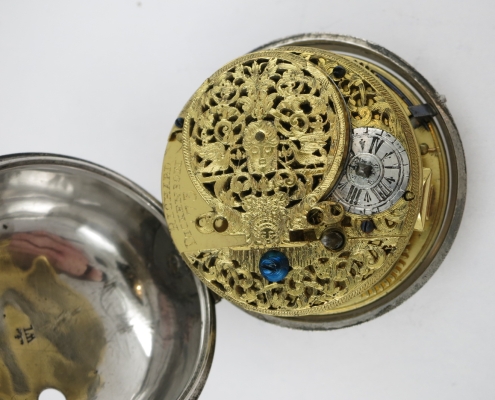 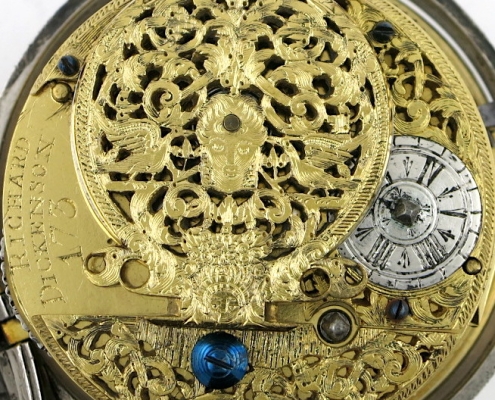 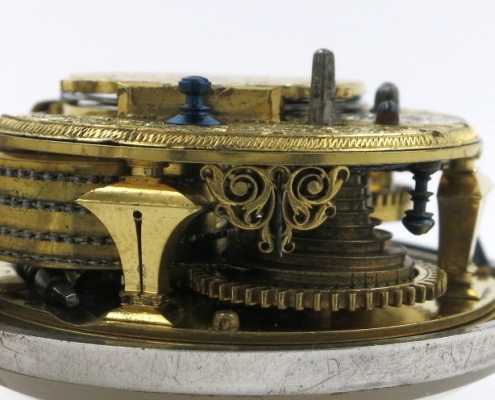 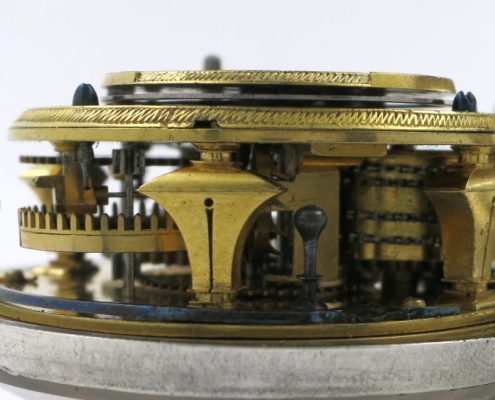 Signed RICHARD DICKINSON and numbered 173. In excellent condition, and running well. The gilding is still bright with very few scratches.

In good condition with light compression to the band and a few light bruises. The stem and bow are replacements (mid 18thc.) with reinforcing to the silver on the inside where they were added. The hinge is fine and the bezel snaps shut correctly. The high dome crystal is also fine.

In very good condition with just some very light bruises. The hinge and catch are fine and the bezel closes correctly.

Richard Dickenson was a clockmaker of Garston, and worked in Oldhall Street, Liverpool He died in 1743.

An interesting and documented example of Richard Dickenson’s work is a long duration verge watch with an extra wheel in the train allowing a duration of up to 6 days. So although not commonly known, Dickenson was an innovative maker.