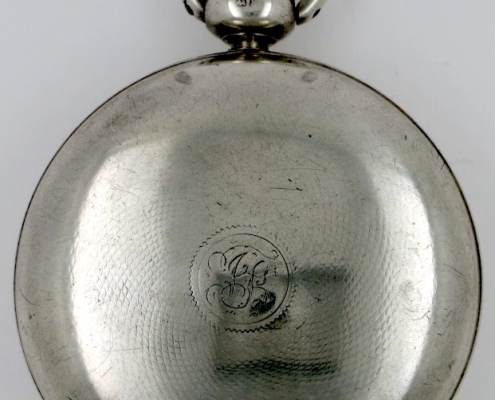 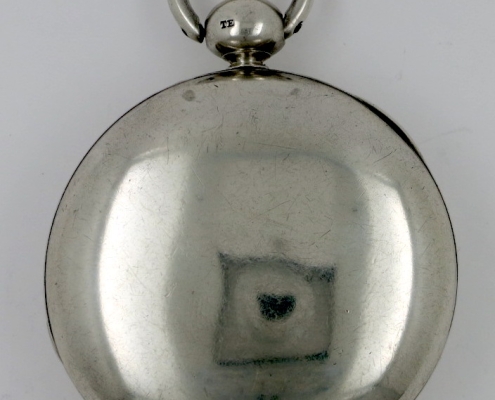 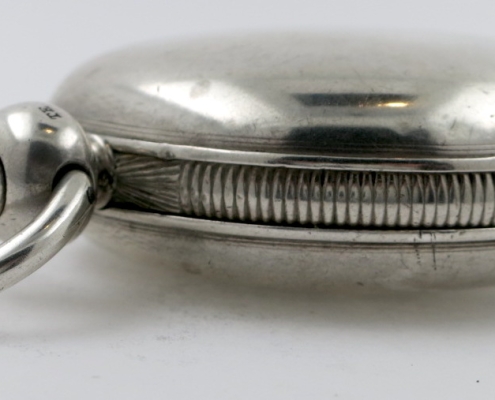 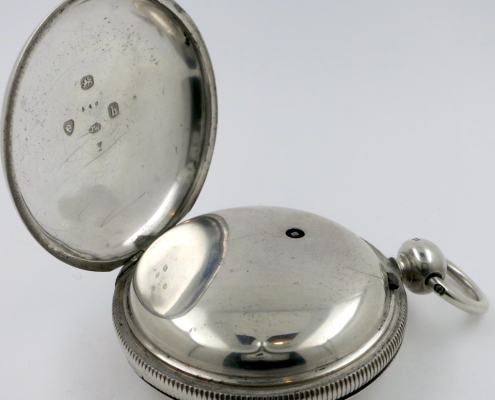 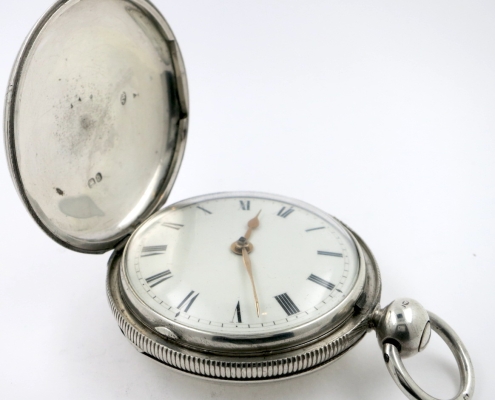 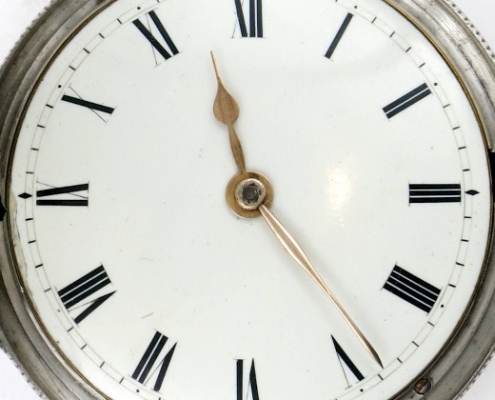 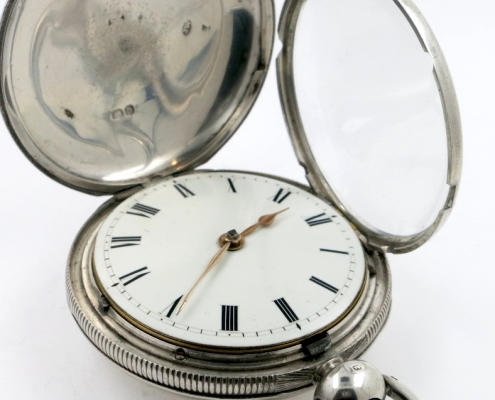 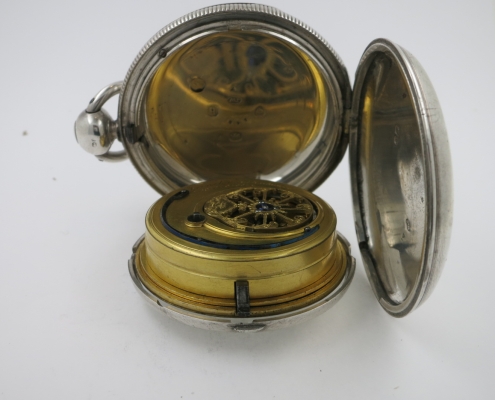 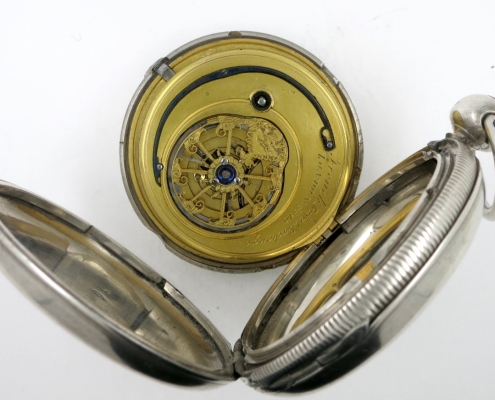 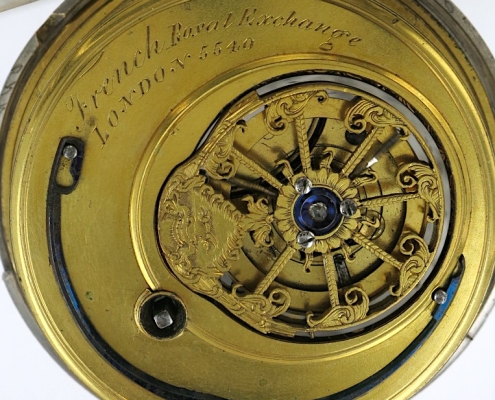 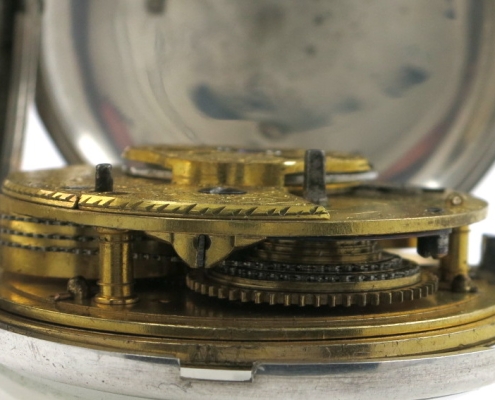 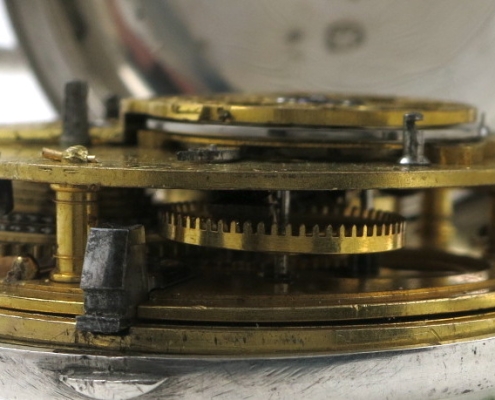 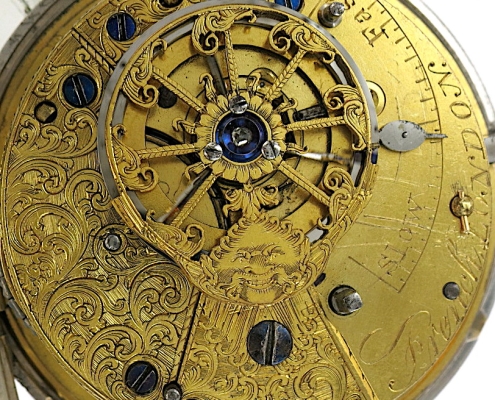 The movement is protected by a removable gilt dustcap, signed and numbered as the movement. Cut out to show the beautiful balance cock.

All in good original condition, with just a few scratches on the top plate. Running well.

DIAL : White enamel, in perfect condition except for one repair along the edge between 8 and 9.

In good condition, though originally with engine turned engraving which is very worn. But no dents or scratches. The front cover is sprung, and this cover does lift when the button on the stem is pressed. The hinges are fine and both covers snap shut. The crystal is fine.

James Moore French was born around 1781 in County Antrim, Ireland. He moved from Ireland to London as a young man, working at 15 Sweeting’s Alley, Royal Exchange in the City of London. In 1810 French was admitted to the Worshipful Company of Clockmakers.
In the 1820s he diversified into marine chronometer, winning various prizes from the Board of Longitude. His chronometer No 4214 was used on one of Darwins voyages on the Beagle. French lived and worked in various locations in and around London up until his death in January 1842.