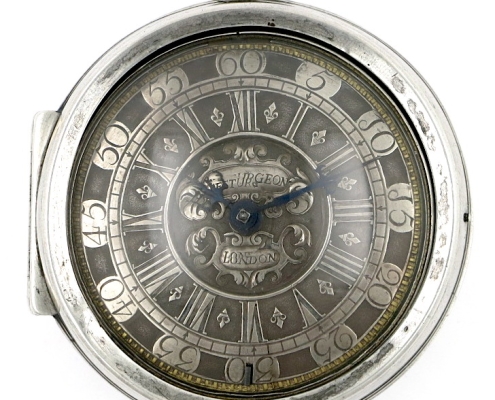 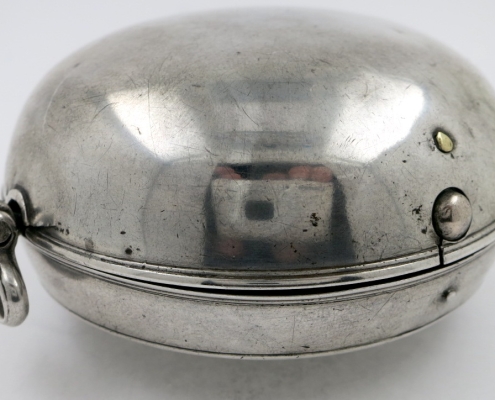 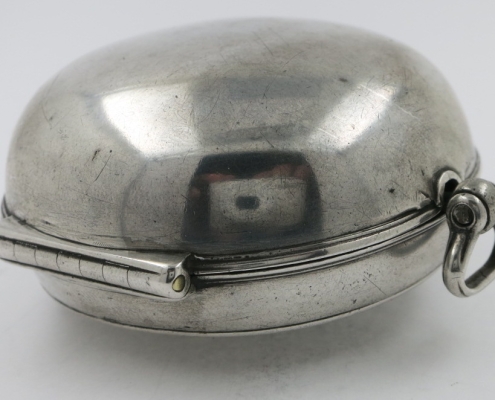 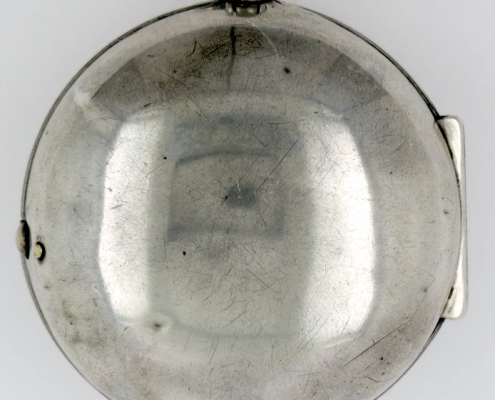 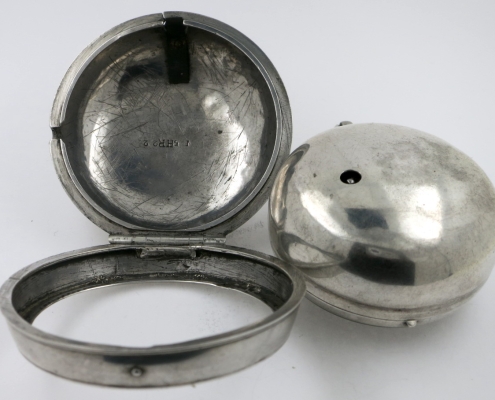 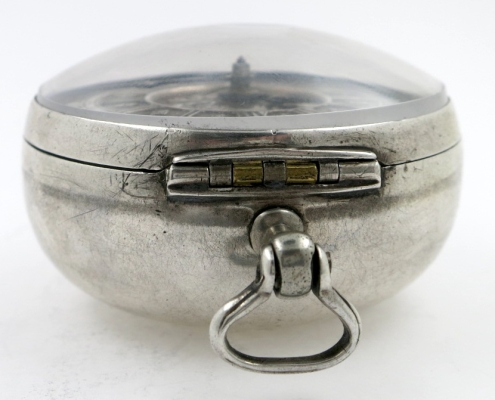 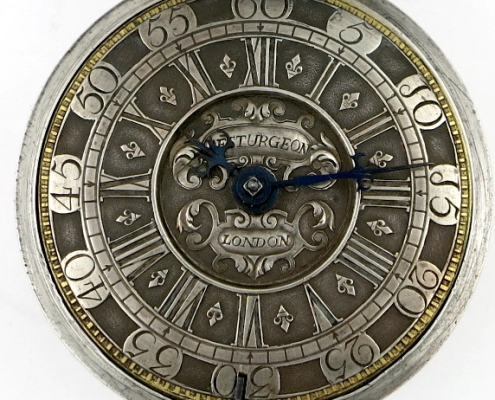 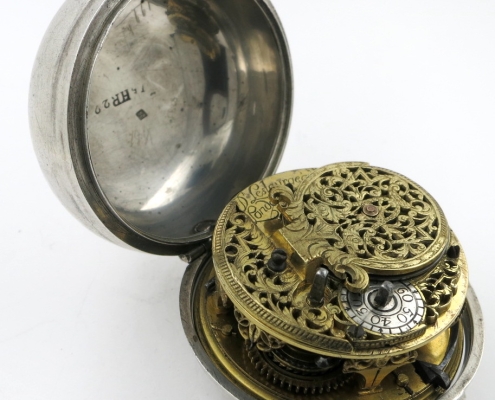 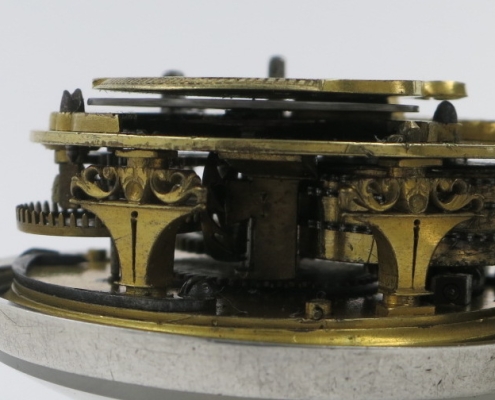 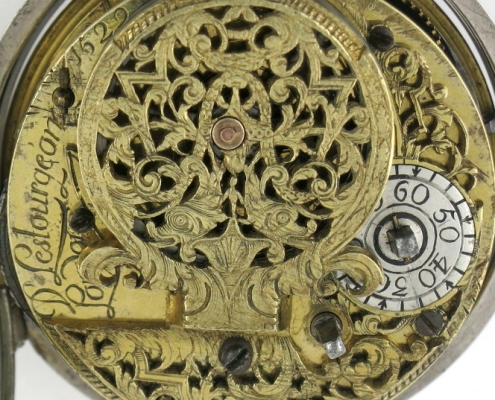 A good early London verge, from a Huguenot maker.

Signed (D. Lestourgeon, London) and numbered 1522. In good condition, and running well. Replacement small brass bush to the centre of the balance cock.

DIAL : Silver champleve dial, with signed (Lestourgeon, London) central disk. In fine condition, with some of the black infill missing but not over cleaned.

In very good condition with light compression to the band and a few light bruises. The stem and bow appear to be original. The hinge is fine and the bezel snaps shut correctly. The high dome bull’s eye crystal is fine.

OUTER CASE : Matching maker’s mark and serial to the inner.

In good condition with just some very light bruises and a couple of short cracks to the rim of the back, at the neck and at the catch. The hinge and catch are fine and the bezel closes correctly.

David Lestourgeon was born in Rouen and came to London in 1681 as a Huguenot refugee. He was a member of Clockmakers’ Company from 1698 until 1731, specialising in commemorative watches.

Lestourgeon was one of many Huguenots who brought with them to London important knowledge and skills from the major French clock and watch making centres. He is mentioned in “The Huguenot Clockmakers of Spitalfields” by Richard Edmunds.
The case maker is probably Hugh Richards (recorded 1704) or Henry Rawlings (recorded 1706).