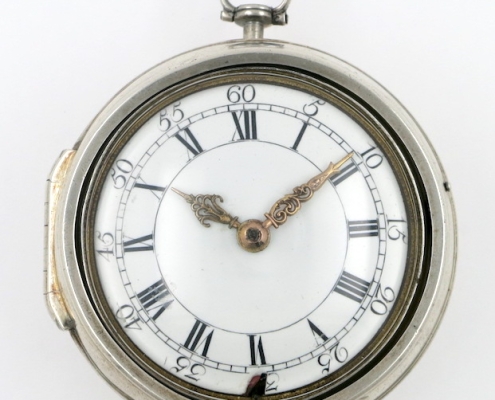 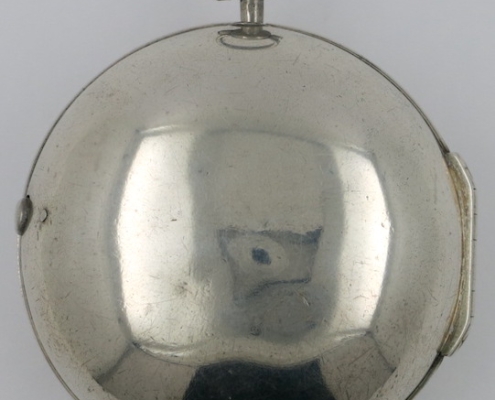 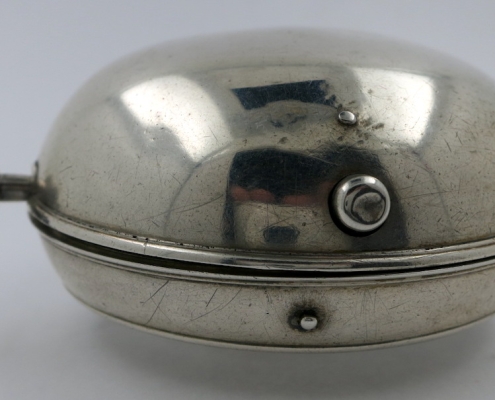 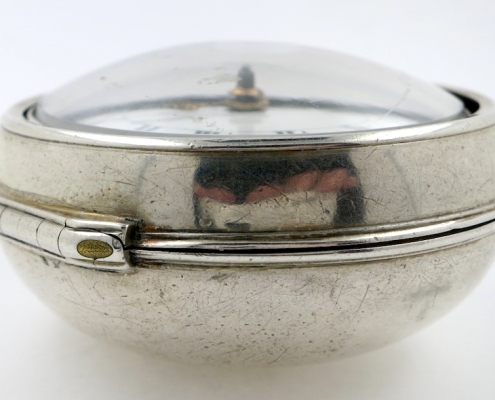 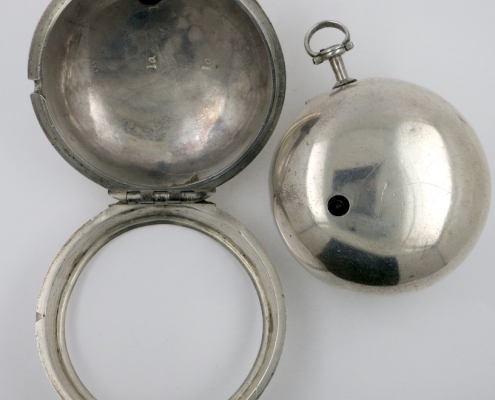 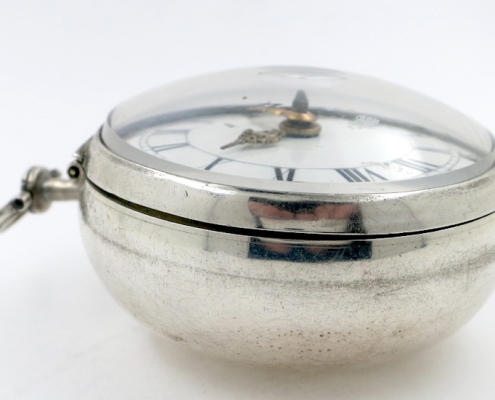 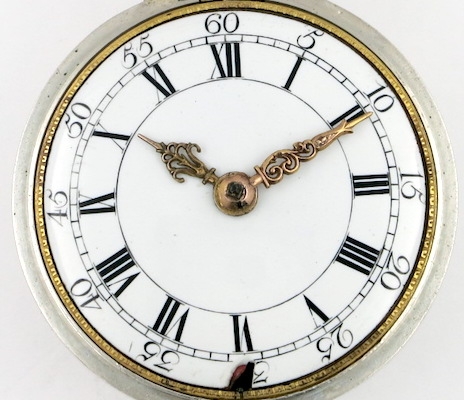 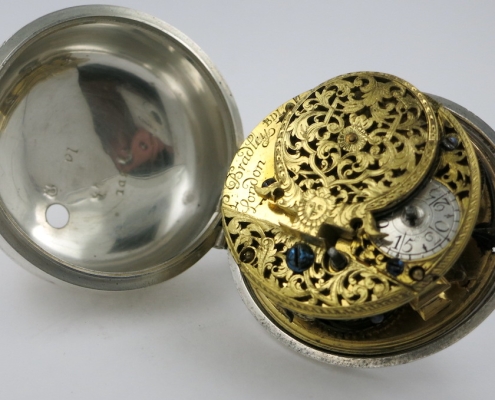 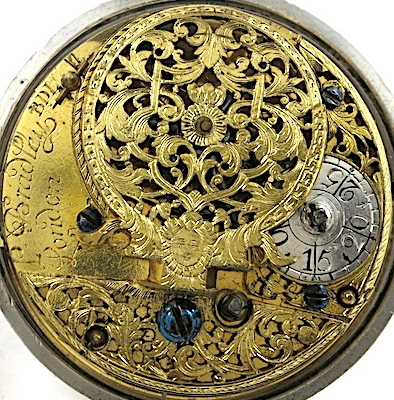 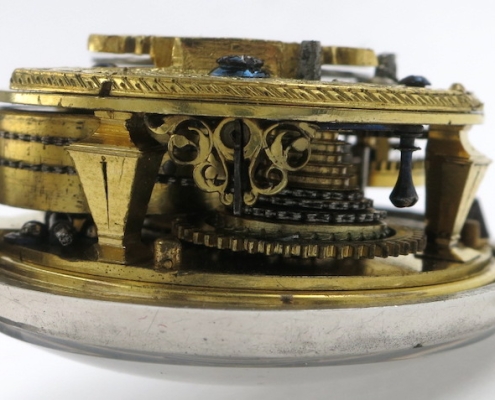 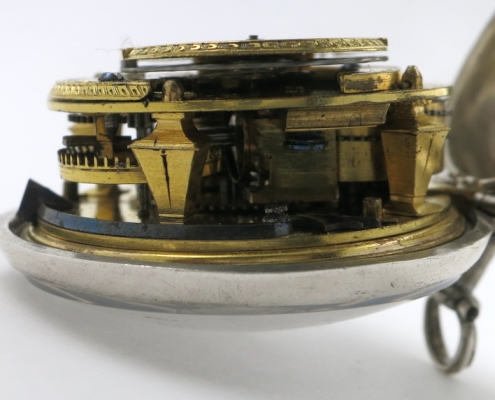 An early London verge, with a fine movement, by an important maker.

Running well, and in very good condition, with just some light scratches over the signature.

In good condition, though with a chip at the catch at 6, and some light scratches

In good condition, with just slight compression to the band. The hinge is fine and the bezel snaps shut, though leaving a slight gap to top left. The pendant has been reattached.

In good condition. The catch and hinge are fine and the bezel snaps shut correctly. There is a dent to the catch button.

The case maker is William Jacques of Angel Court, Snow Hill, London. He was a Freeman on the Clockmakers Company in 1681.

PROVENANCE : From the Le Roy collection of the estate of William Carson.