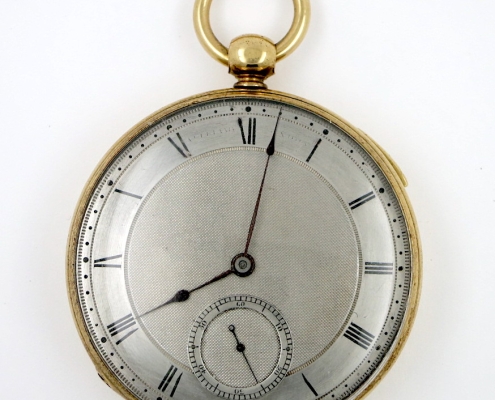 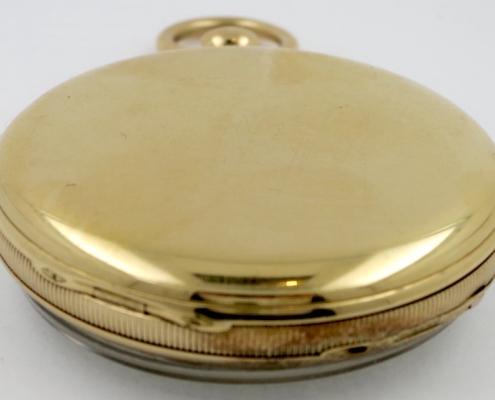 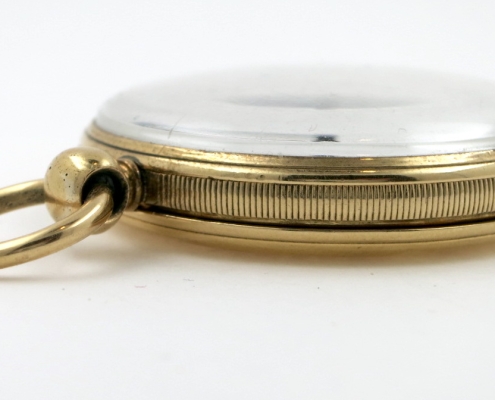 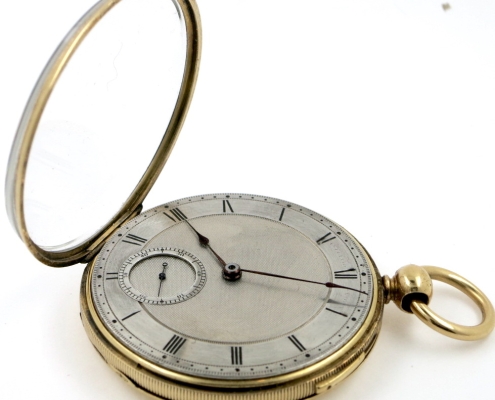 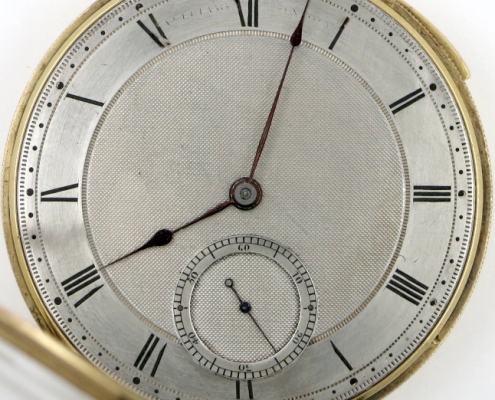 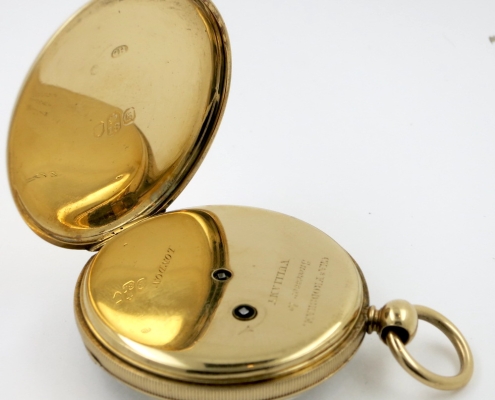 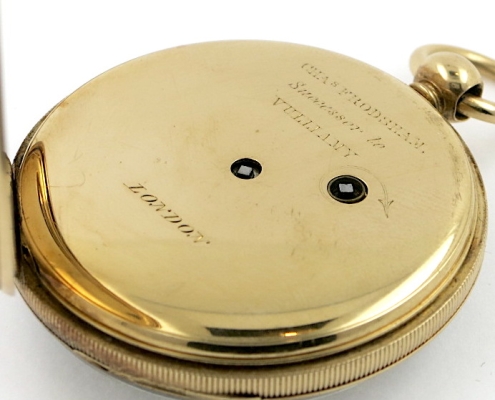 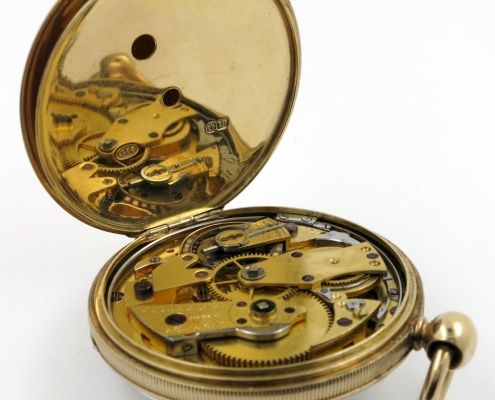 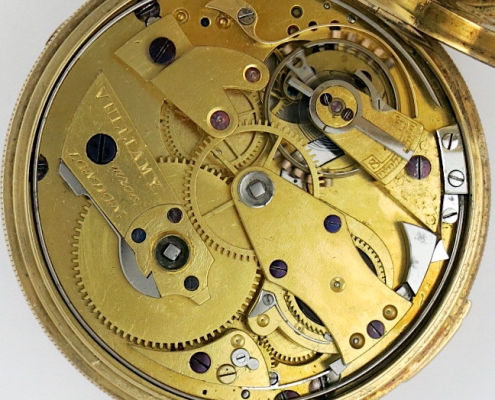 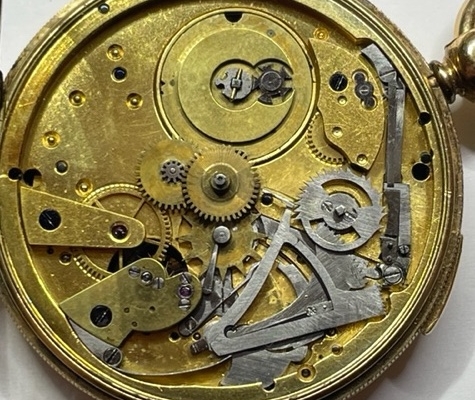 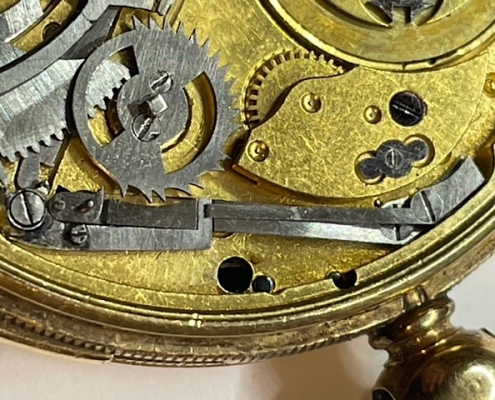 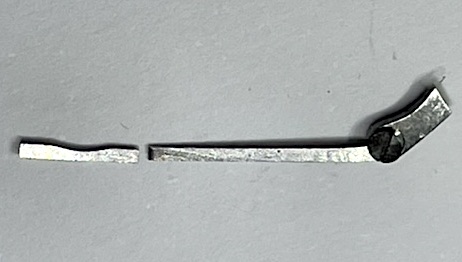 This movement is in good condition with no noticeable scratches. It is running well.

REPEATING MOVEMENT : Single gong and hammer, striking once for each hour, then a gap and finally once for every half quarter (7.5 minutes). Activated by a slide on the band.

The repeat is not operating. I believe that this is due to a broken spring which should allow the click to be raised and lowered. This (with a lower spring which is complete) controls whether the strike wheel teeth engage the click or not. See photos. By pressing the click down manually while activating the repeat, the movement chimes the correct number of hours, but all of the half quarters.
The springs should disable the chimes after the correct number of half quarters.

A bit worn and scratched. On either side of the numeral X11 is a very worn signature, which I believe reads VULLIAMY, LUNDON.

CASE : Gold, with London hallmarks for 18ct., 1842, maker’s mark GH. Milled edge to the band. The inner cuvette has matching gold marks and is marked :

All in good condition, with some light scratches but no significant wear.  Synthetic crystal.

In 1854 upon the death of Benjamin Lewis Vulliamy, Charles Frodsham purchased the goodwill of the Vulliamy business. It is interesting that this case is signed for Frodsham, although hallmarked for 1842. Perhaps the Frodsham name was added to the case in 1854.