Pair of small Swiss lever watches for the Chinese market 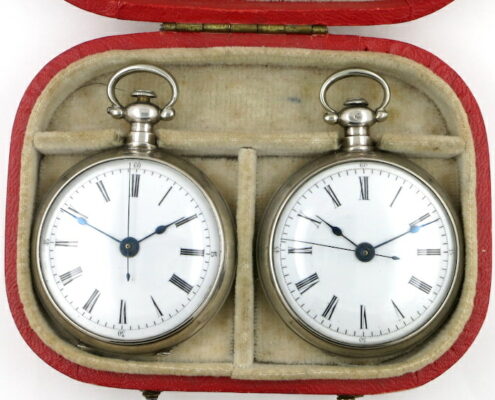 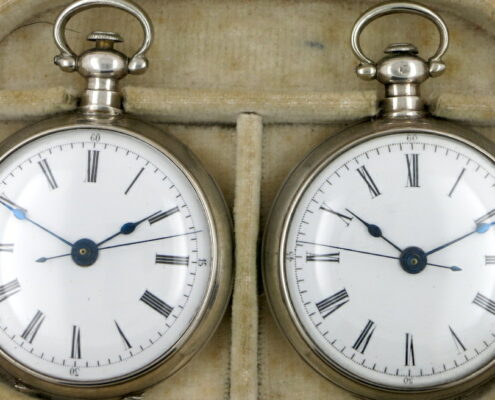 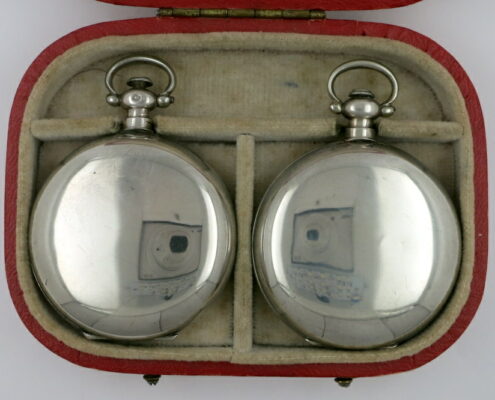 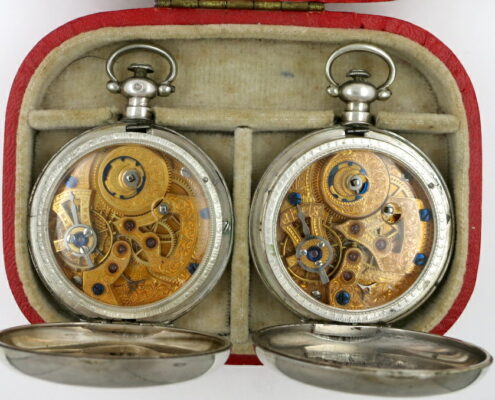 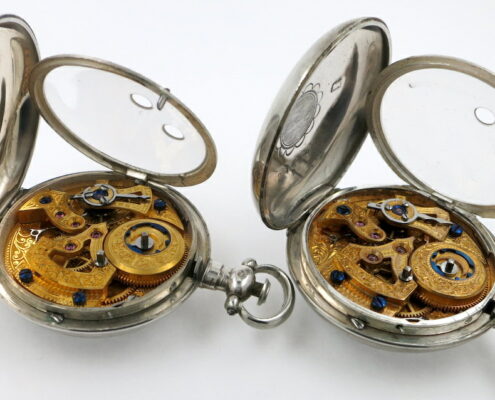 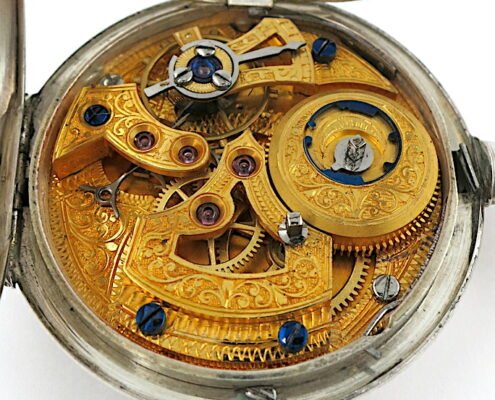 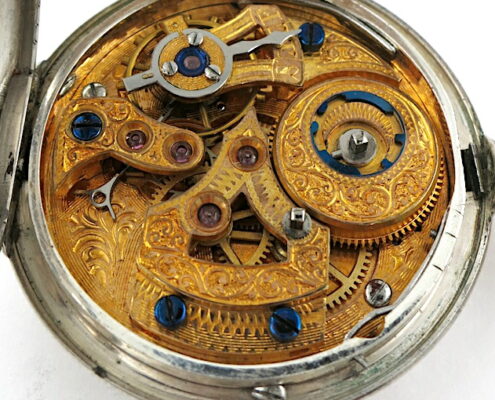 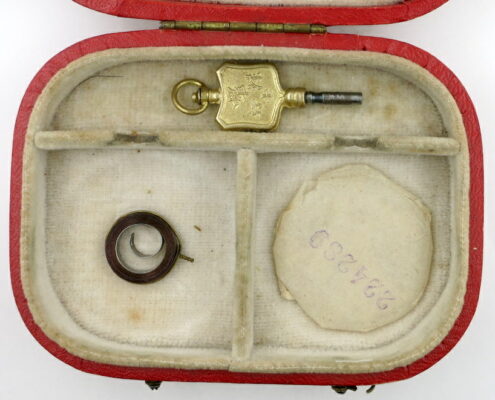 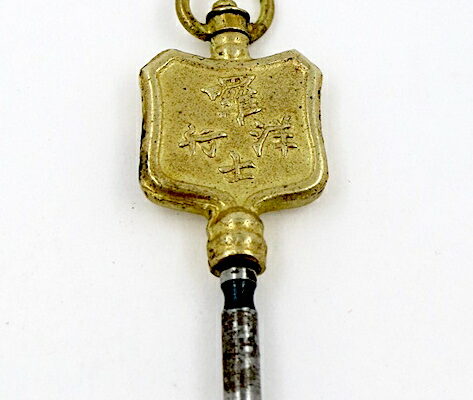 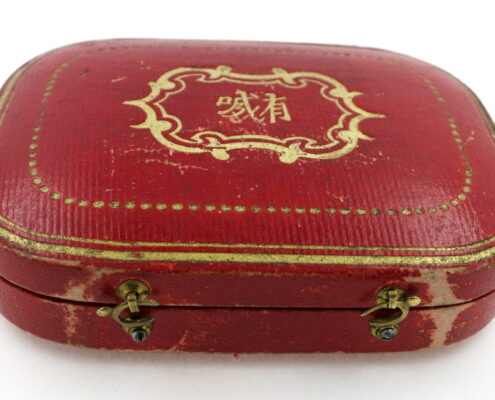 This is a fine pair of unusually small Swiss lever movement watches, made for the Chinese market, probably by Juvet in Fleurier, towards the end of the 19th century. Presented in their original fitted red leather covered box.

Excellent condition, and running well. There are slight variations in the engraving between the two movements.

Very good condition, with just a couple of tiny dents visible on the inside of the covers.

In good condition. Some wear to the surface of the leather and some staining to the cram velvet interior, but the brass hinge and catches are fine

Include with the case is the original spare mainspring, spare crystal and steel/gilt key (this has Chinese characters on one side and a horse on the other).

These watches for the Chinese market normally had duplex movements, but these later examples have better quality fully jewelled lever movements.

Juvet were one of the important Swiss horological families working for the Chinese market. Edouard Juvet (1820-1883) established his workshop in Buttes in 1842, but in 1844 moved to Fleurier. He began making “Chinese” watches in 1856. Edouard’s sons AMI-LOUIS and LÉO travelled to China to work in the family firm. The Maison Juvet prospered, opening branches in Tien-Tsin and Saigon. In 1873, Edouard Juvet registered a trademark in Chinese characters which was used on the company’s products.