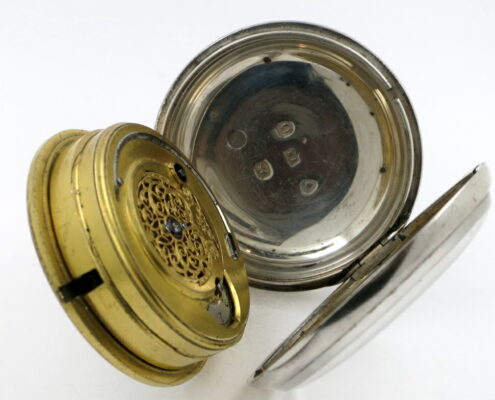 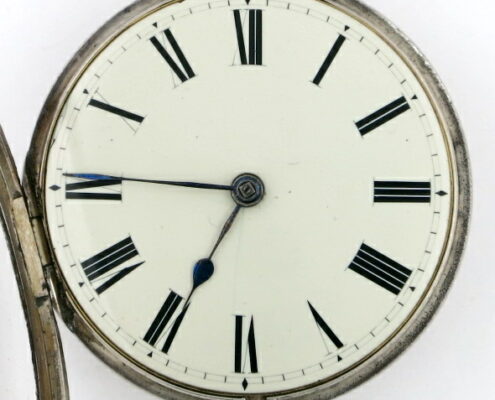 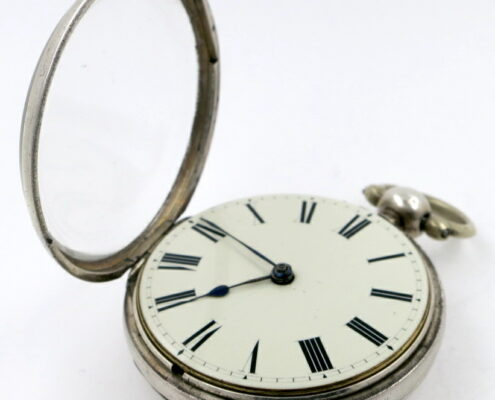 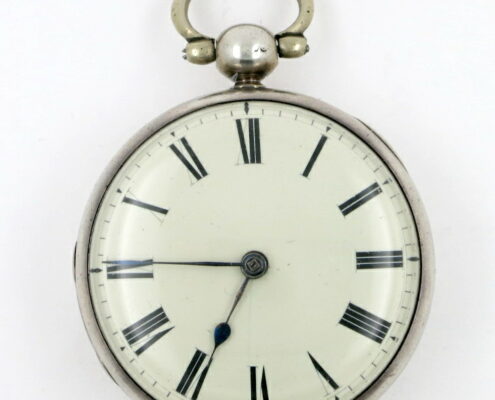 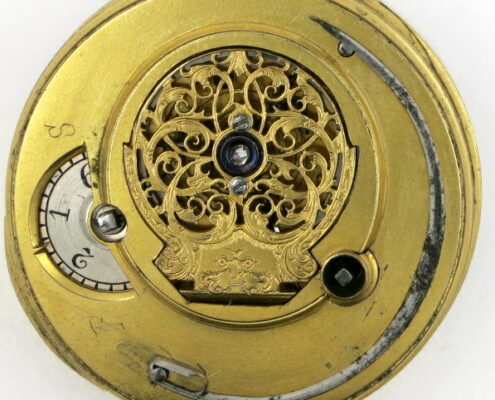 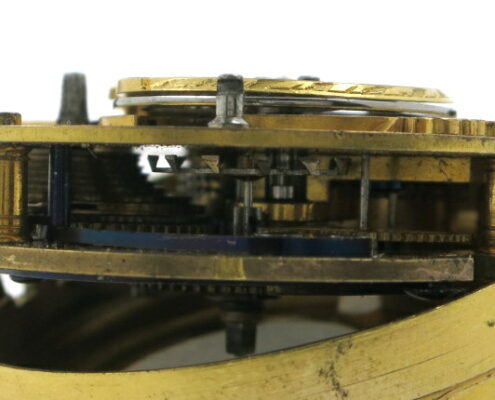 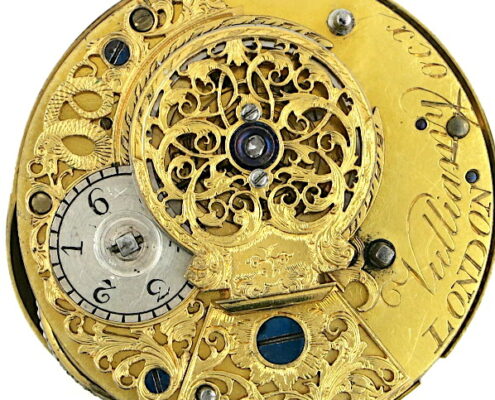 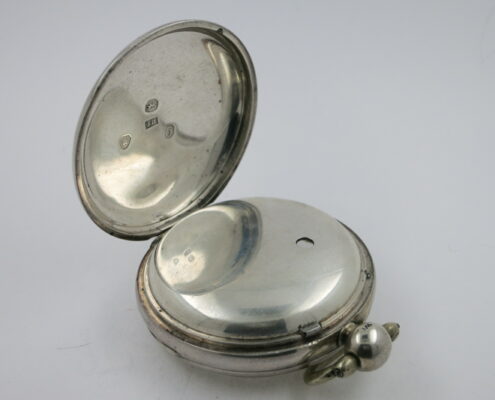 A cylinder movement watch by this famous London firm, in a later silver case and later dial. To be restored.

MOVEMENT : Gilt cylinder movement, with beautifully engraved and pierced balance cock. Blued screws, diamond endstone and silver regulator disk.
Signed (Vulliamy, LONDON) and serial coded (ocx).
The movement is in good condition and complete, except for the balance (wheel, staff and hairspring) which is absent. Complete with removable gilt dustcap.

DIAL : Later white enamel dial.
In good condition except for one very light hairline from 6 to the centre, and slight damage right on the edge at 10 and 11.
Blued steel hands.

CASE : Later silver case, hallmarked for London, 1829, maker’s mark JH.
Good condition, though the movement dial plate is missing the steel catch to snap into the case. The hinges are fine and the bezel and back cover snap shut. The crystal just has a couple of light scratches.

The Vulliamy letter code has not been fully deciphered, made more difficult because it is not just a letter-for-number substitution. The code moved from three to four letters shortly after 1810. This movement dates from about 1790 so is probably by Benjamin Vulliamy.