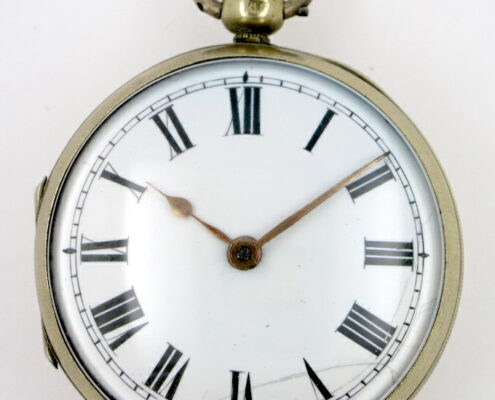 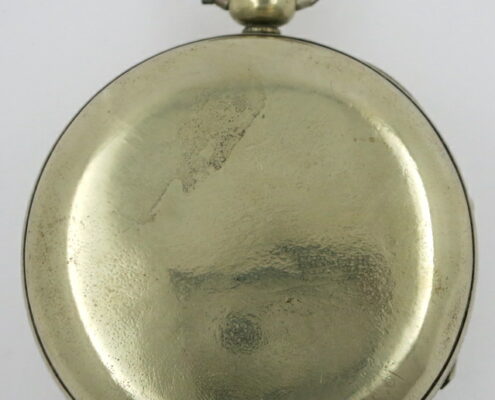 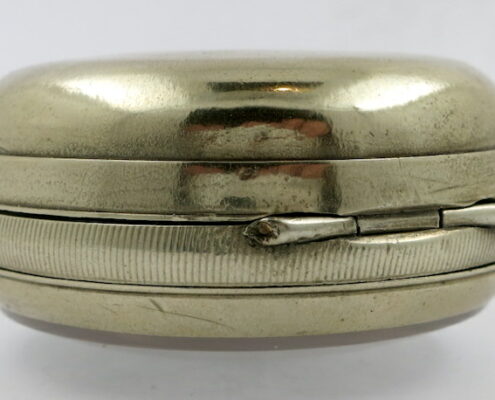 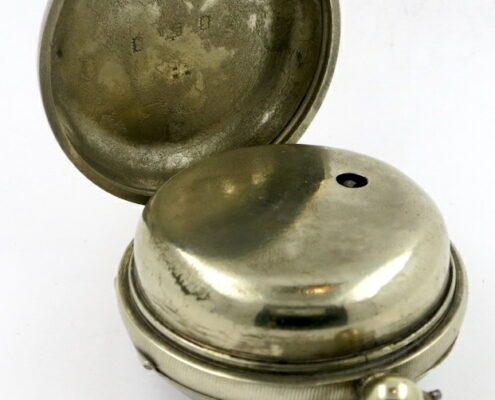 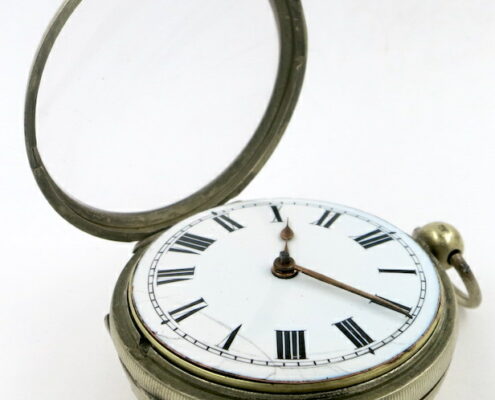 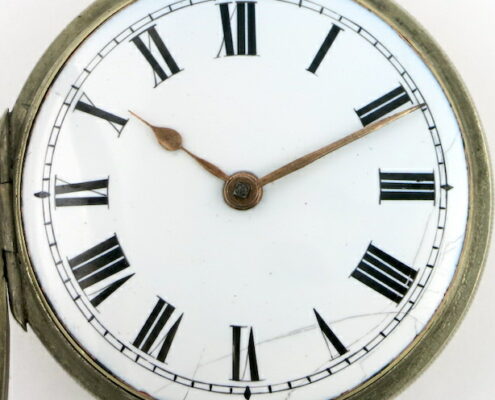 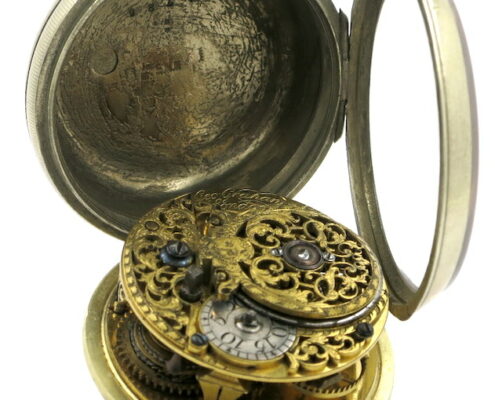 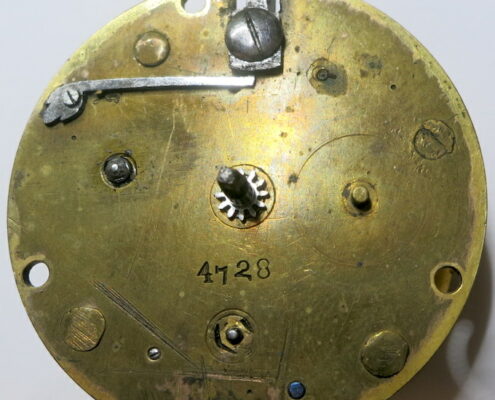 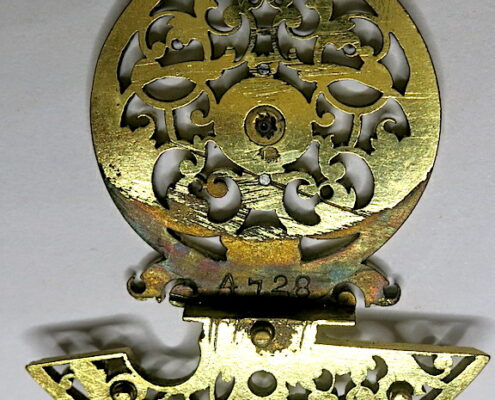 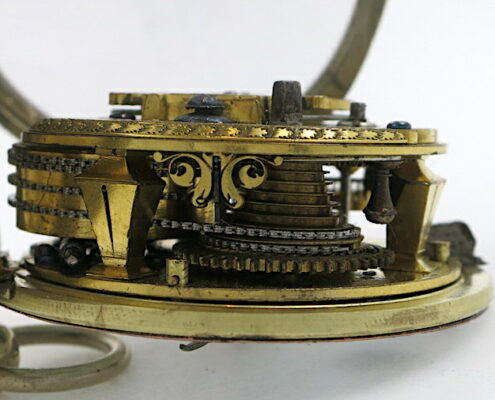 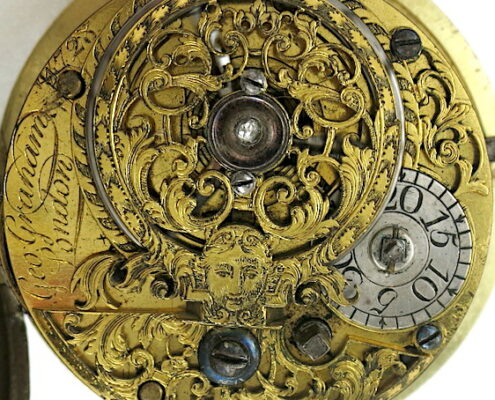 A very early and historically interesting verge watch, by the great George Graham, with later case and dial.

The underside of the balance cock foot, and the movement plate are also engraved with this serial number (4728).

In very good condition throughout with just some scratches around the pillar tops. Running well.

DIAL : A later white enamel dial, in poor condition. No repairs but hairlines between 4 and 8.

This dial is probably 19th century.

All in good condition. The high dome crystal is fine.

The movement is a perfect fit for this case, and as it has the movement number it was probably made specially for this fine movement, in the late 19th century.

REFERENCE : This watch is listed in “Thomas Tompion 300 Years” by Jeremy Evans, Jonathan Carter & Ben Wright.
This excellent book includes lists of movement serial numbers for Tompion and his successors, with only a few listed by only George Graham earlier than this example.