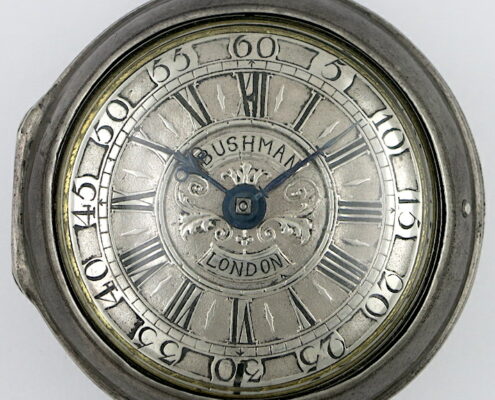 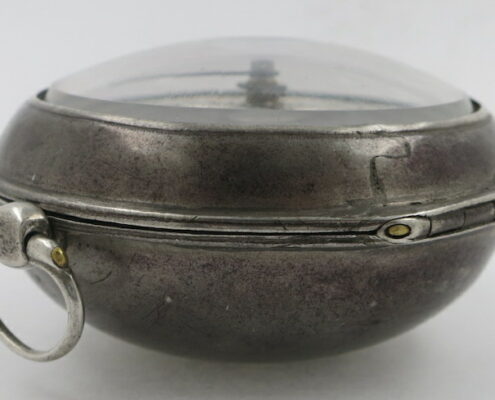 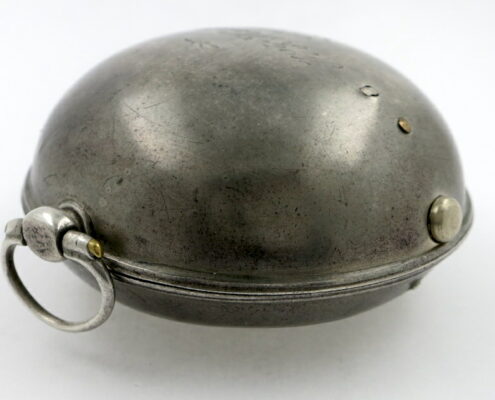 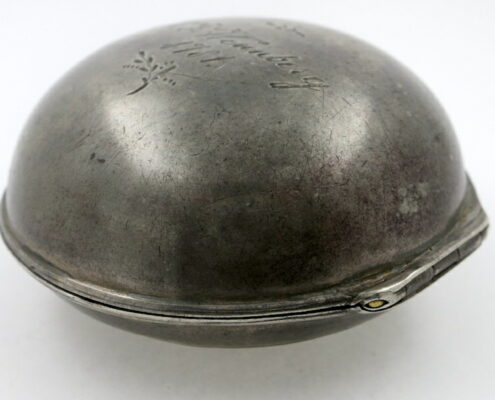 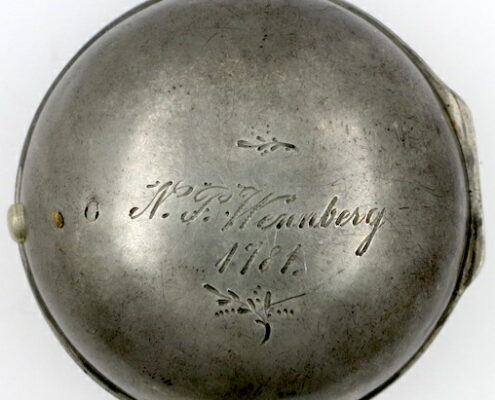 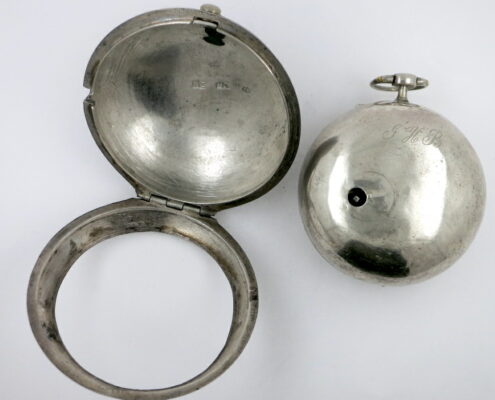 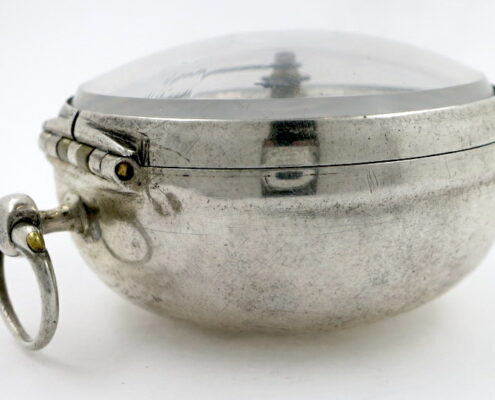 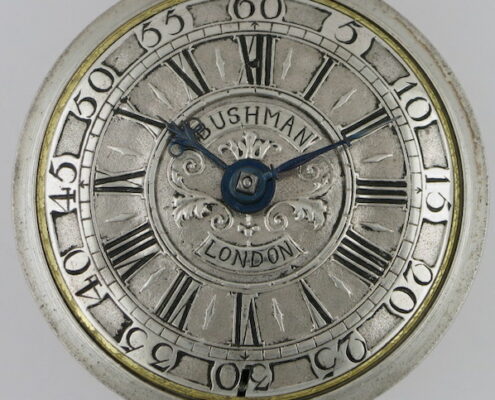 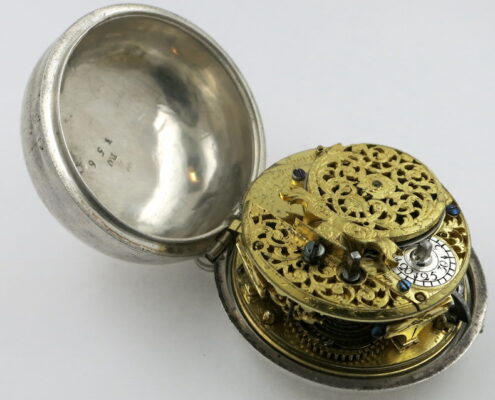 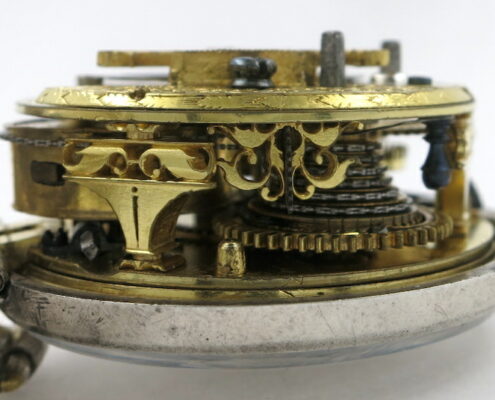 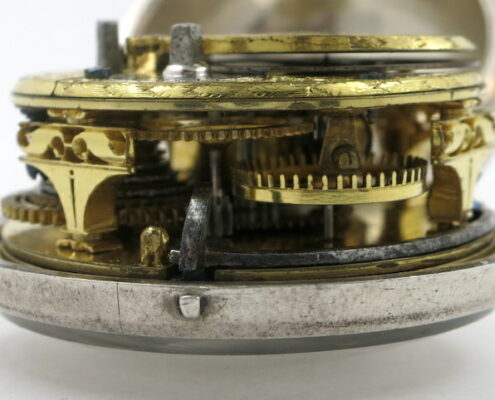 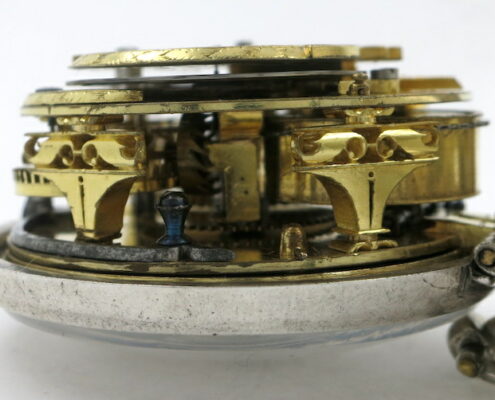 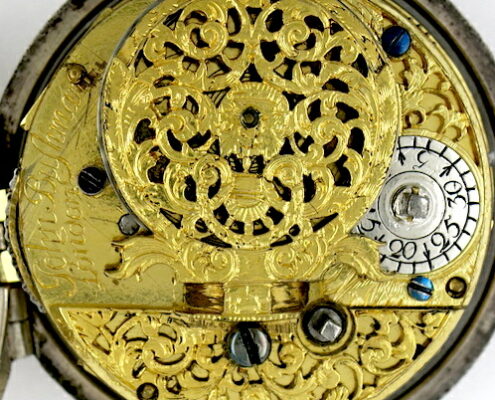 An early London verge, with a fine movement, by an important maker.

Running well, and in very good condition, with just some light scratches over the signature.

DIAL : A silver champleve dial, signed at the centre. In good condition.

Blued steel beetle and poker hands. The hands are either very good reproductions or have been re blued.

In good condition, with just slight compression to the band. There is a small stud next to the winding aperture which would have originally held a shutter disk. The bow is a later 18thc replacement. The hinge is fine and the bezel snaps shut correctly.

The initials JHB have been lightly engraved on the back.

In very good condition. The catch, catch button and hinge are fine and the bezel snaps shut correctly. The back has been well engraved with “N. J. Wennberg, 1781”.

This outer case has a rounded hinge and by a different maker, so is probably a little later than the inner case which appears to be original.

Johann Bushmann II (also known as John Bushman) was born in Augsburg in 1661, the son of the renowned clockmaker. He moved to London in about 1687 where he became a Free Brother in the Clockmakers’ Company in 1692, and the Assistant in the Company in 1720.

The inner case maker is probably by John Willoughby of Old Bailey, London.