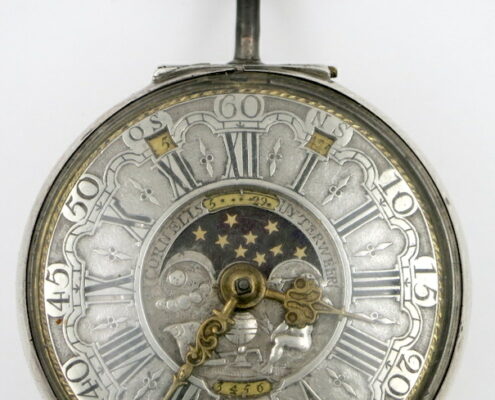 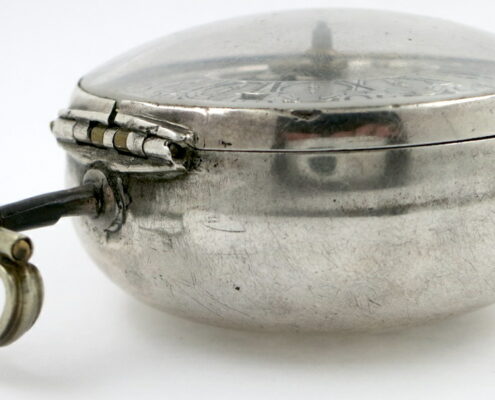 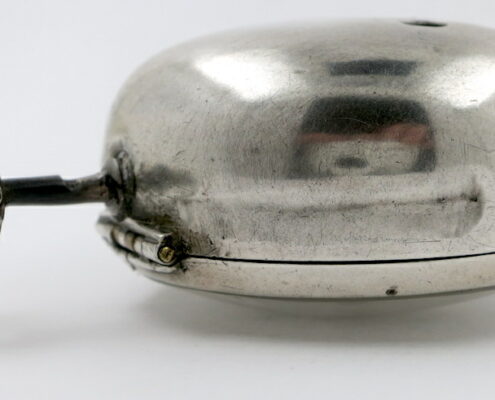 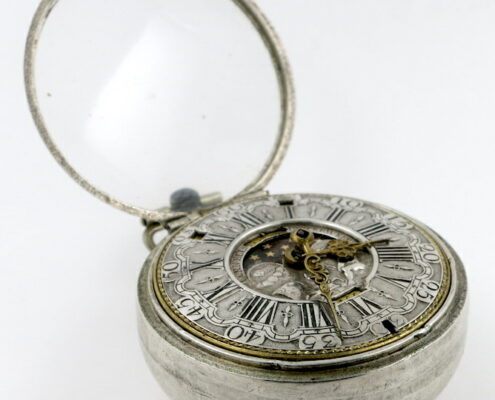 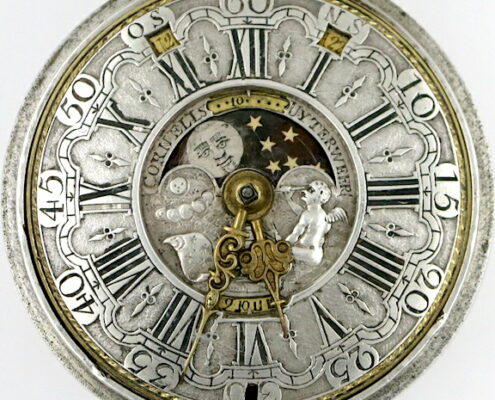 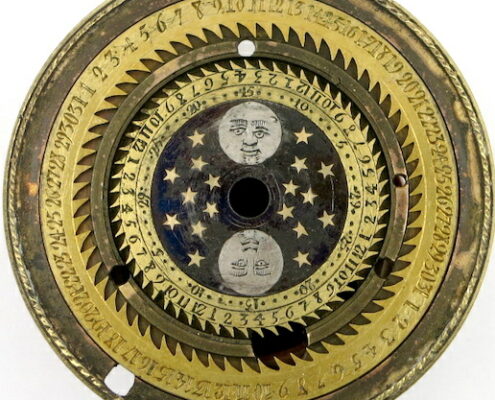 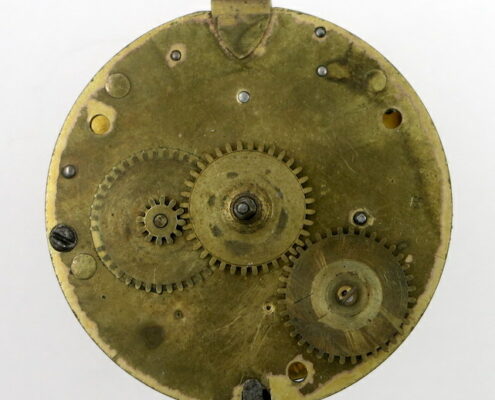 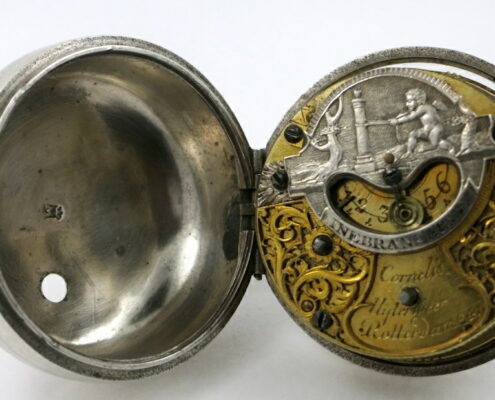 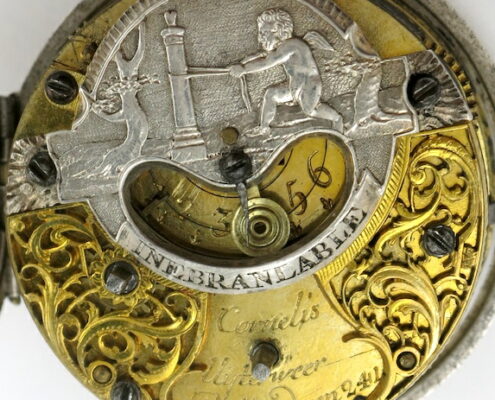 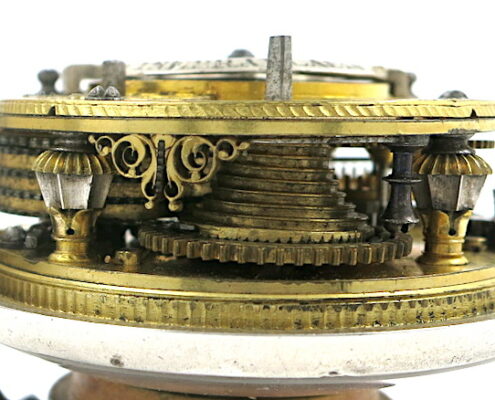 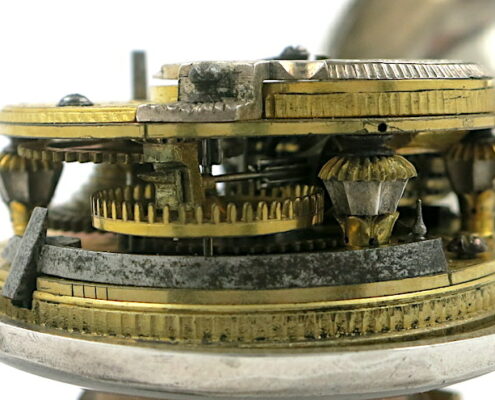 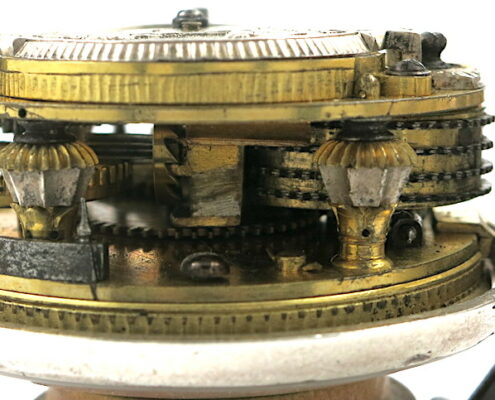 A very rare Dutch astronomical verge, with moon phase, age of the moon, Julian and Gregorian calendars, and the time of the next high tide, all shown on the fine champleve dial.

Signed “CORNELIS UYTERWEER” on the central disc, above the cherub again looking at the moon through a telescope, and other astronomical items, eg. globe, chart.

The cutaway to the centre shows a revolving disk, with moon and stars, indicating the phase of the moon
.
Above the “XI” and the “I”, the minute digits have been omitted to make way for two square cutouts as date windows for the Julian and Gregorian calendars. They are indicated by the letters “OS” and “NS”, which stand for Old Style and New Style.

CASE : Silver, with maker’s mark “M” under a crown.

In good condition, with just some compression to the band. The pendant has been reattached. The hinge is fine and the bezel snaps shut correctly. The high dome crystal is good.

This watch would originally have had a plain outer protective case, which is now absent.

Cornelis Uyterweer (also spelt Uijterveer and Oijterweer) is listed in Rotterdam in 1705. Based on the movement serial number, this watch is a little later, around 1730.

REFERENCE : A very similar watch to this is described in detail in the excellent book “Hollandse Horloges” by Cees Peeters (page 222). That example is by Samuel Ruel (also from Rotterdam), and is described as a Captain’s watch. Obviously the state of the tide at the home port was important to the captain of a vessel.