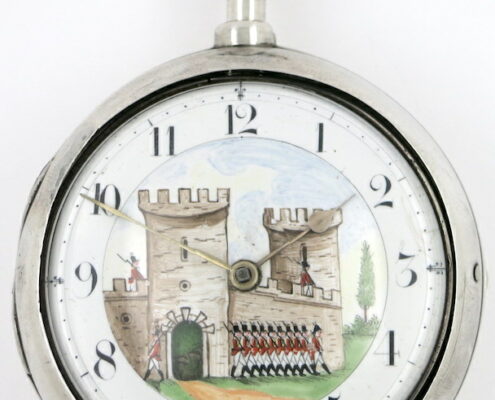 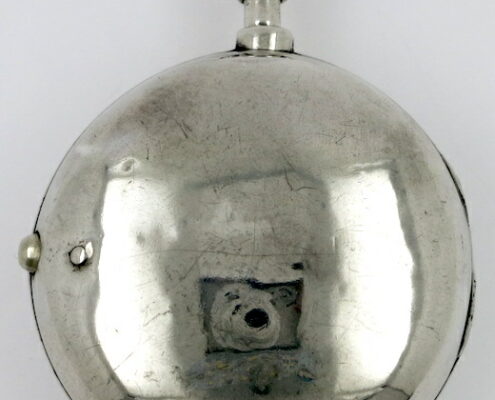 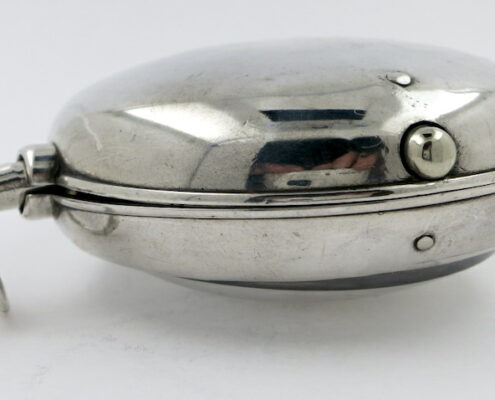 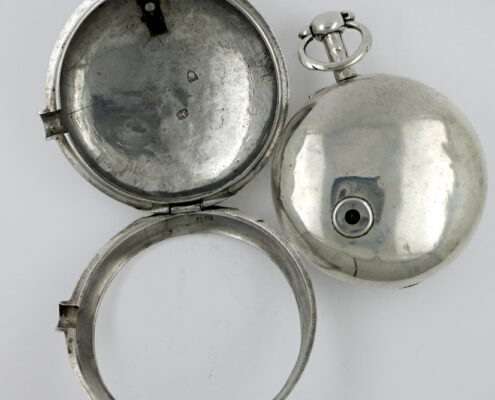 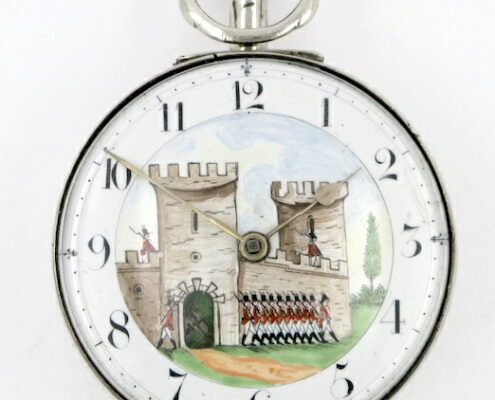 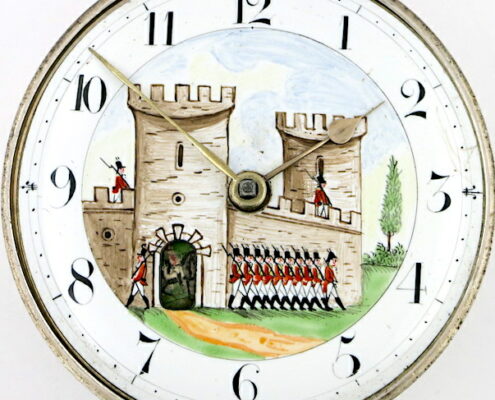 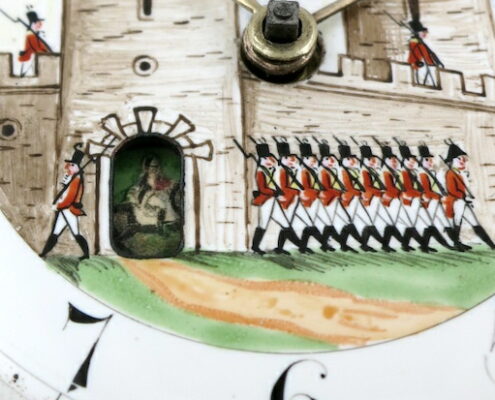 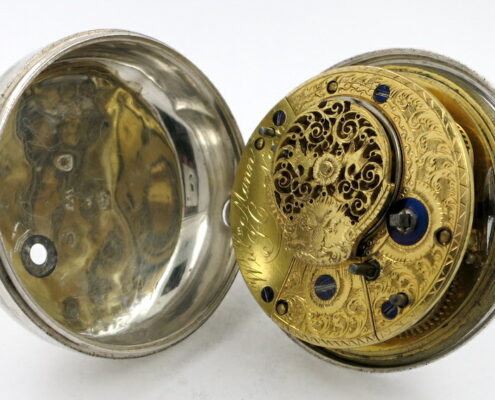 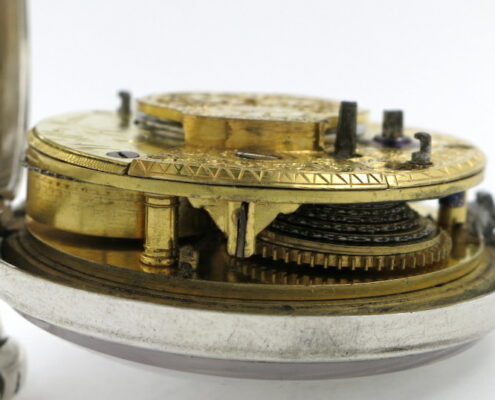 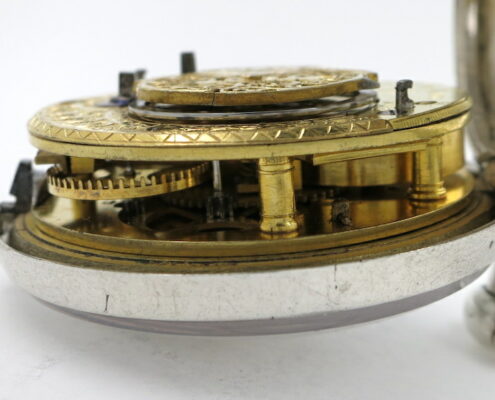 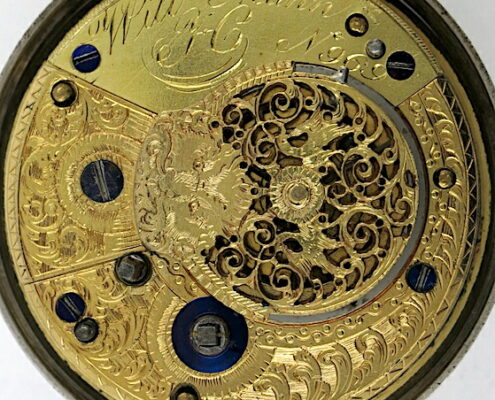 MOVEMENT : Gilt verge movement, with the balance cock pierced and engraved with foliage, birds and a mask. Four round pillars, blued screws and blued regulator disk. Signed and numbered (969).

Working, and in very good condition though the movement would originally have had a removable dustcap which is now absent.

DIAL : Polychrome enamel dial, showing a military scene with a row of soldiers under a fort wall. The arch in the wall exposes a revolving disc with two mounted soldiers riding across this gate.

The revolving automaton disc is also in good condition.

In quite good condition, though there is a small gap between the case back and the base of the stem (though still strong). There is one small dent on the back near the stem, and the winding aperture has been reinforced with a silver collar. The hinge is fine and the bezel snaps shut correctly.

The high dome, bull’s eye crystal has a few scratches, but generally ok.

OUTER CASE : Silver, with matching hallmarks to the inner.

In good condition throughout. The catch, catch button and hinge are all ok and the bezel snaps shut correctly.

Automaton dials of this period are quite rare. The most common are the simple windmill sails, mounted on a seconds hand. Less common are the military scenes, with soldiers moving through the automaton window.

There is a William Mann listed in London circa 1770.