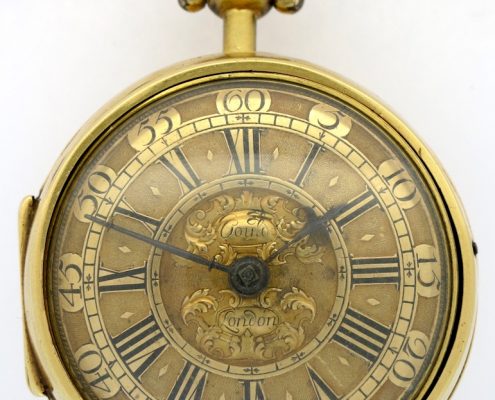 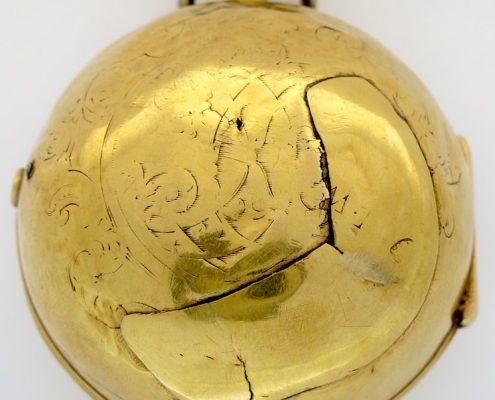 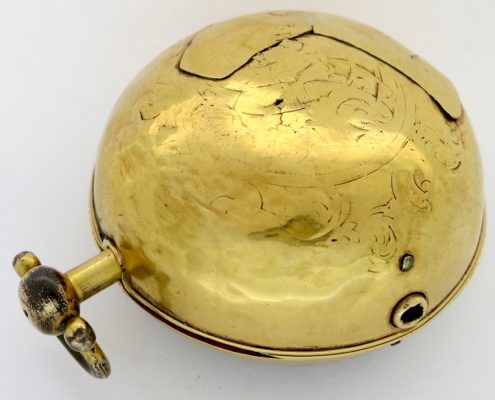 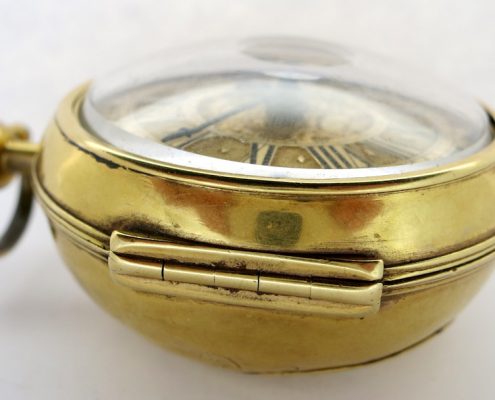 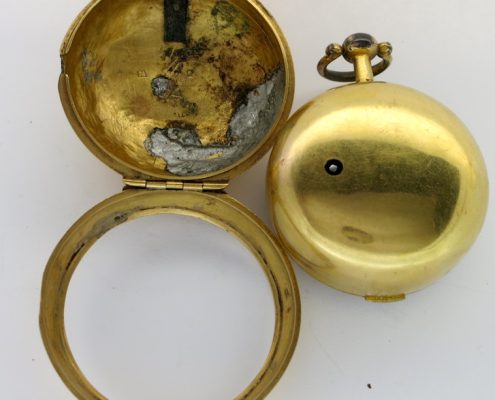 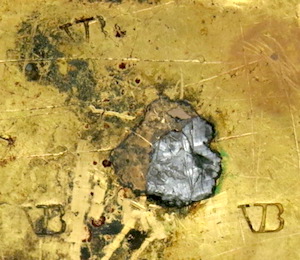 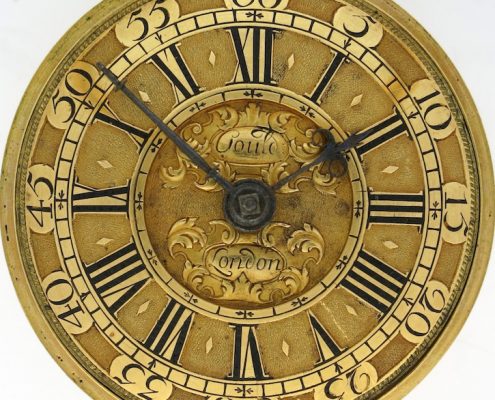 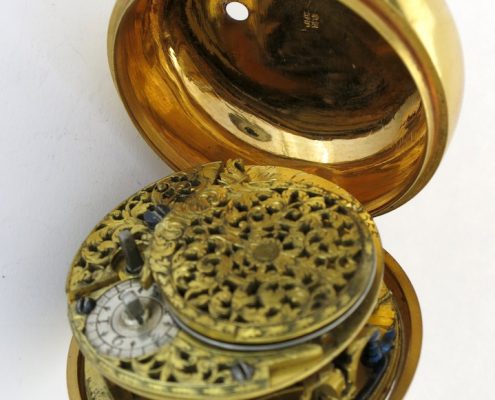 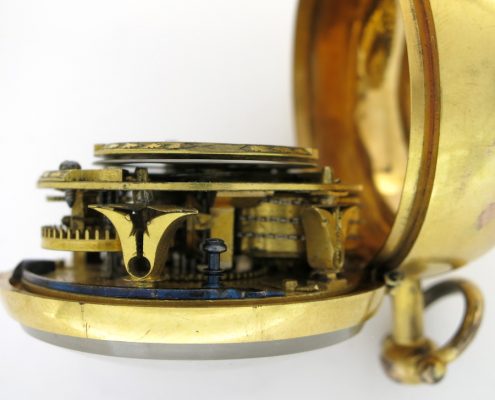 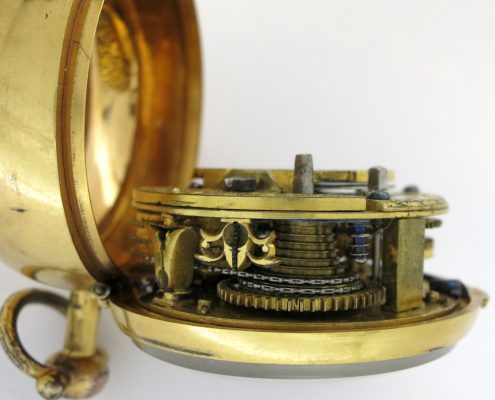 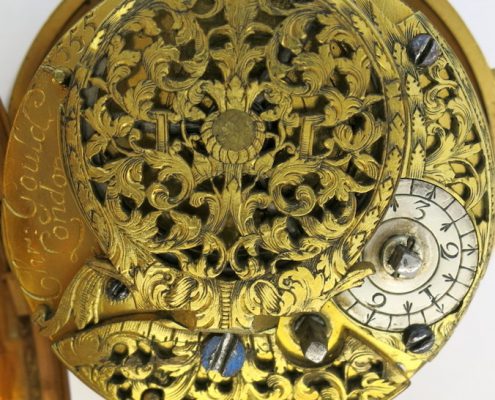 A late 17th century English verge, in gold and gilt pair cases, by a good London maker and with an interesting provenance.

INNER CASE : Gilt brass, with maker’s mark H?GR. In good condition throughout with just a little compression around the sides, and scratches at the catch. The hinge is fine and the bezel closes well. The gilding is almost complete with just wear to the pendant and bow. The pendant and bow are replacements, probably late 18th century. The high dome bull’s eye crystal is fine.

The case is in poor condition but is almost certainly original to the movement (see maker’s details below). The back of the case shows original engraving but has worn very thin. It has suffered from an old repair where a thicker sheet of 22ct gold has been added. This was done by fixing with a grey coloured solder to the inside of the case. The catch button has worn down, and there is a little damage to the rim of the case, near the stem. The bezel, catch and large square hinge are fine and the bezel snaps shut correctly.

The marker’s mark VB (conjoined) is for Urian Berrington, for whom 2 other examples of watch cases are documented, each dated around 1690 (see Phillip Priestley, p36 & p44).

Christopher Gould was one of the most eminent of English makers during the late 17th century.  He was made a Free Brother in the Clockmakers’ Company in 1682. In 1697 he signed the Clockmakers’ Company oath of allegiance. In 1701 he worked at the Royal Exchange. He was Beadle of the Company in 1713 but by then was receiving a charity pension which continued until his death in 1718. This watch dates from around 1690.

PROVENANCE : By family repute this pocket watch belonged to Admiral Sir John Leake (1656-1720).
Sir John was Admiral of the Fleet and saw action in the Anglo-Dutch war.