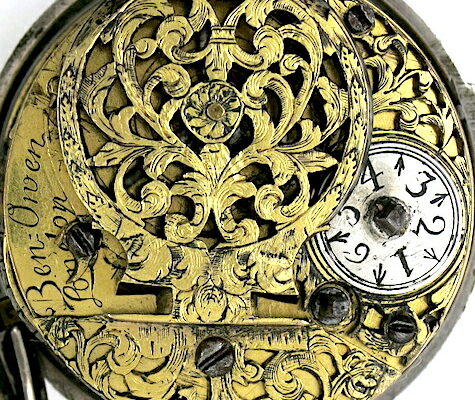 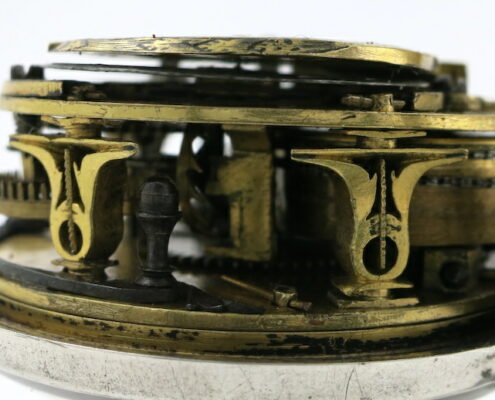 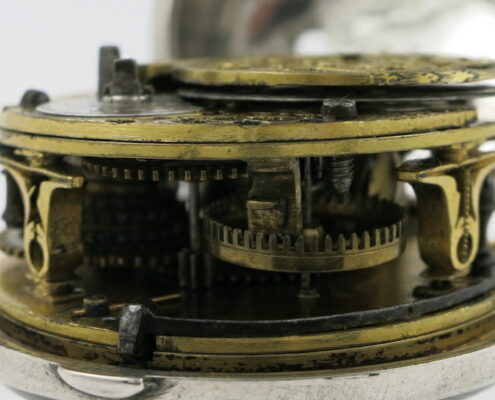 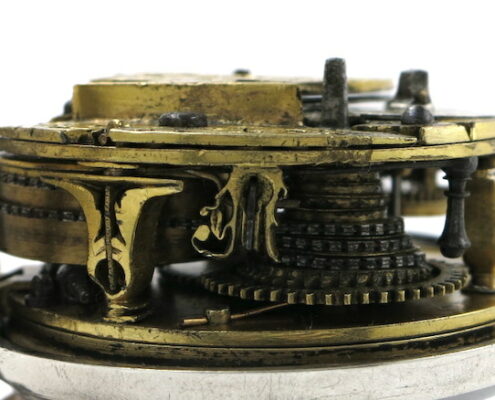 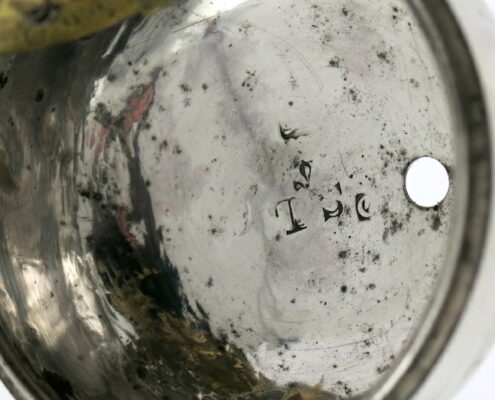 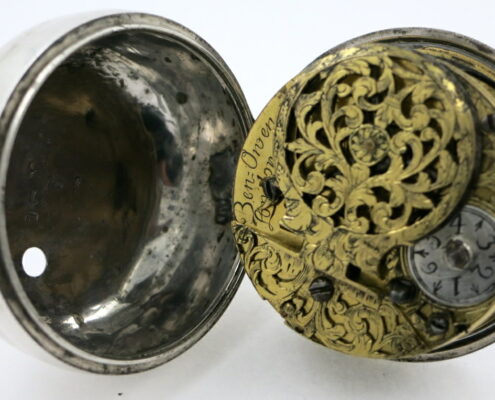 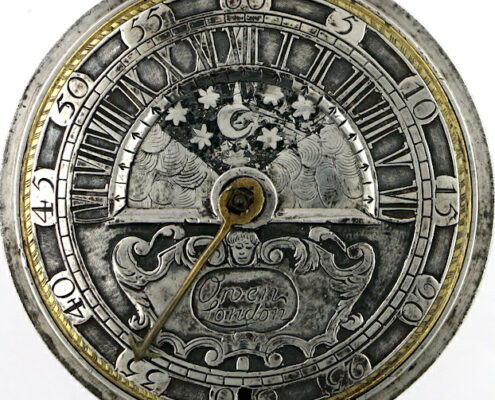 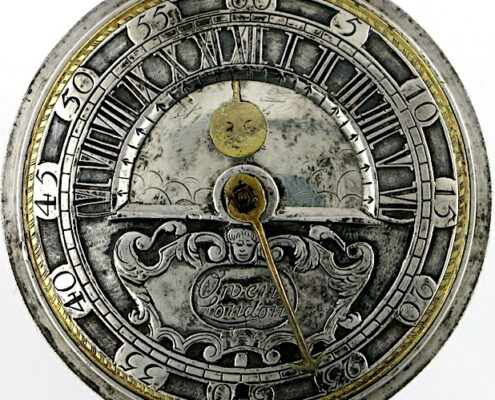 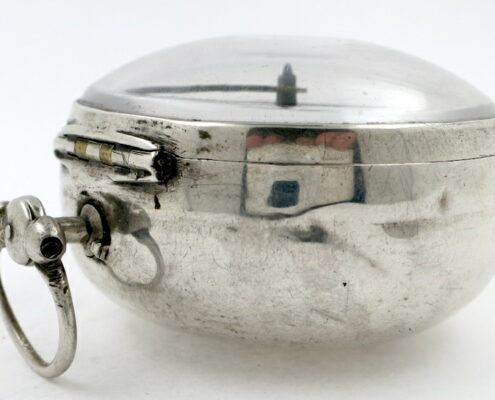 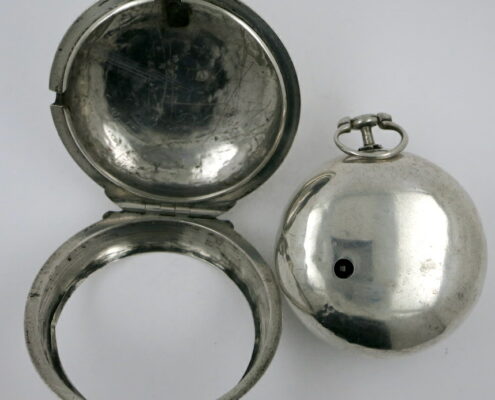 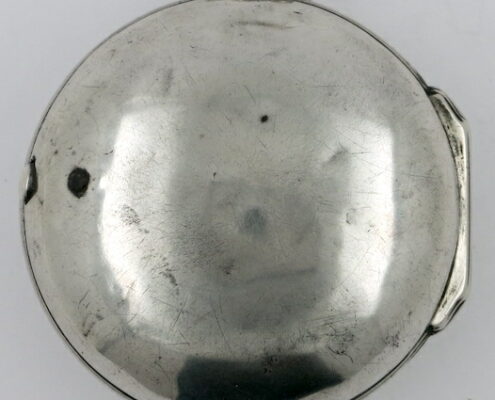 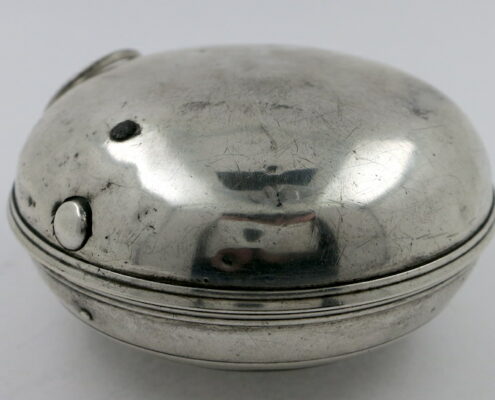 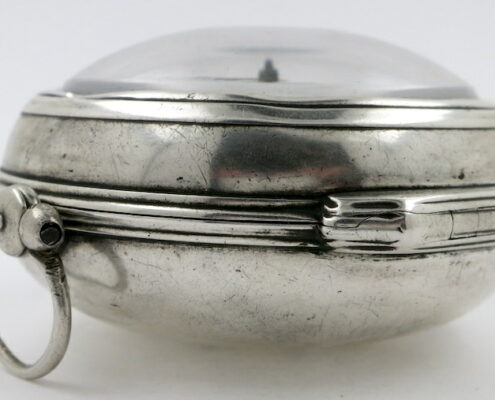 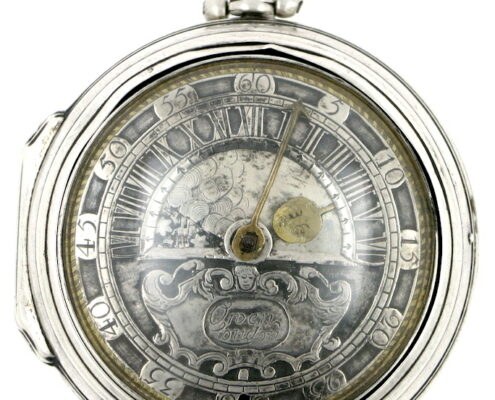 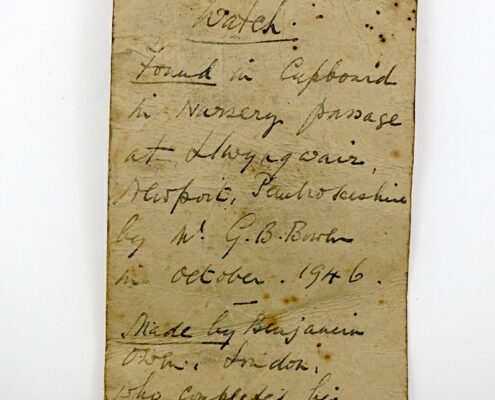 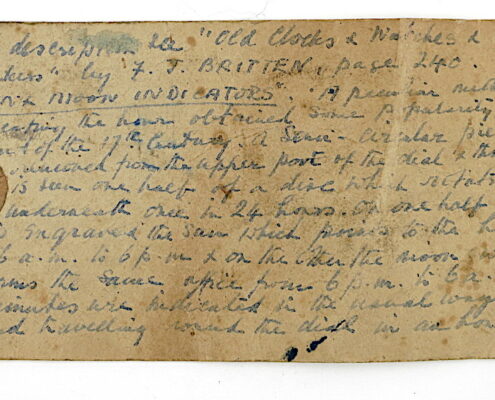 In good condition, and running well. There is a little damage to the ornamental gilt bracket holding the stop work and to one of the tulip pillars.

DIAL : A beautiful silver champleve ‘wandering hour’ or retrograde dial, with central revolving disk. The inner disc rotates every 24 hours, indicating the hour of the day (sun) or night (moon) on the arched Roman V1-V1 hour sector. The single hand shows the minutes

Signed as the movement.

In good condition, with a few light bruises around the band. The hinge is fine and the bezel closes correctly. The high dome bull’s eye crystal is fine. The stem has been reattached and the bow is a replacement (mid 18th century).

OUTER CASE : Silver outer, with worn hallmarks, but matching the inner.
The hinge, catch and catch button are fine and the bezel closes correctly. Again a few light bruises to the back and bezel.

Benjamin Owen, London, completed his apprenticeship in 1694.
The case maker’s mark is for Thomas Sone of Lilypot Lane (City of London), with examples of his work listed from 1742 until 1773.

The style of the engraving on the movement, the style of pillars and the reeded balance wheel, all indicate late 17th century, so the watch was probably made very shortly after Owen completed his apprenticeship. The cases are a perfect fit for the movement, so were possibly made specially for the movement in around 1771.

PROVENANCE : Some old notes, describing this watch and recent history accompany the watch. The watch was found in Llwyngwair Manor (in the nursery passage) at Newport, Pembrokeshire, in 1946 by G.B Bowen. George Bevan Bowen was the owner of the Llwyngwair Estate (now a hotel).