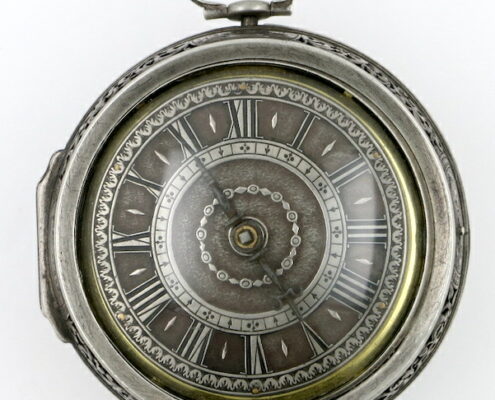 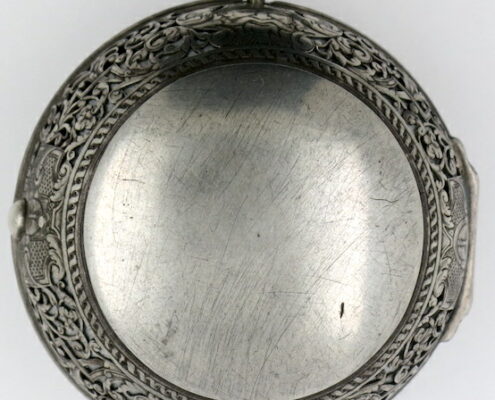 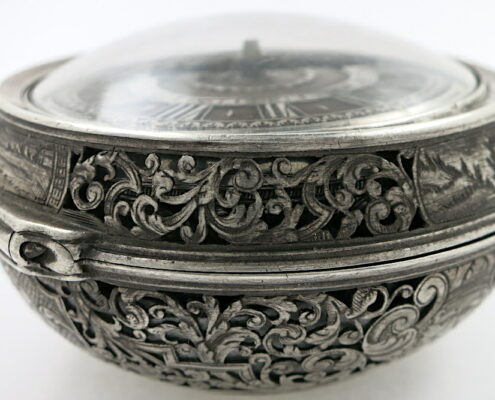 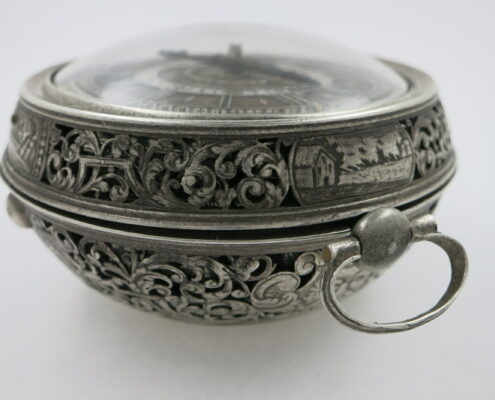 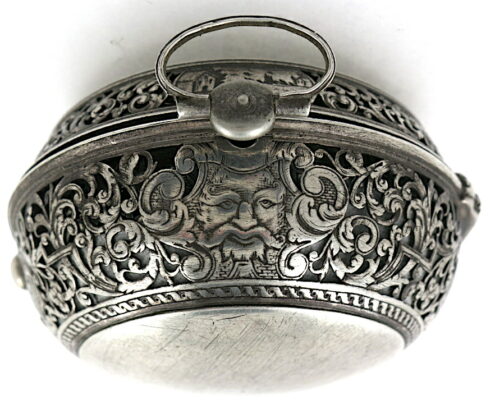 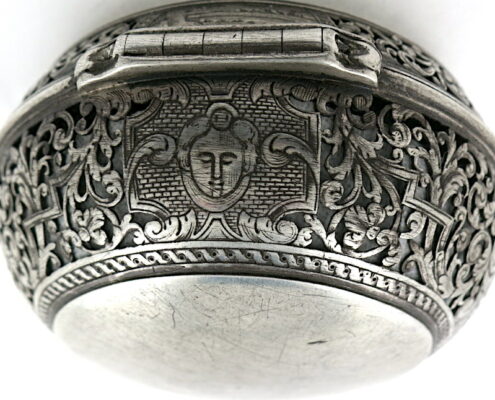 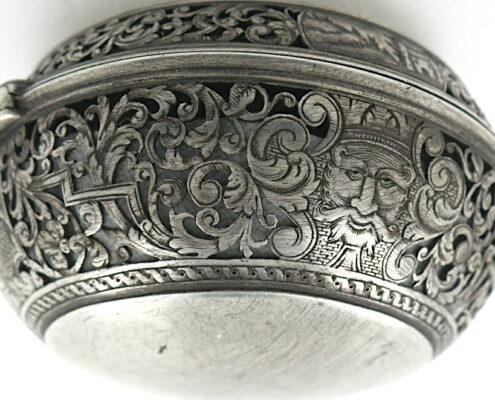 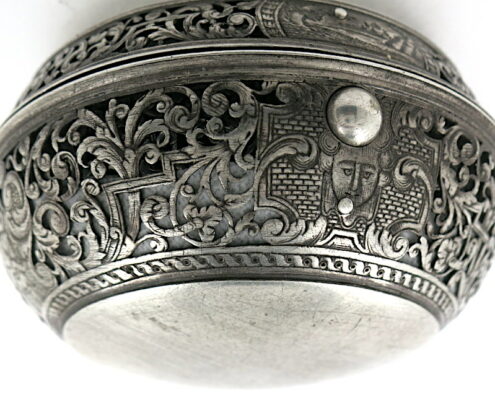 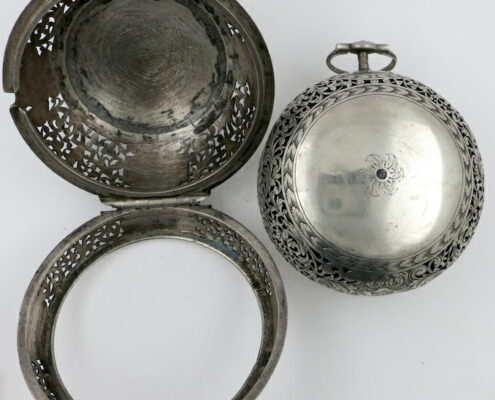 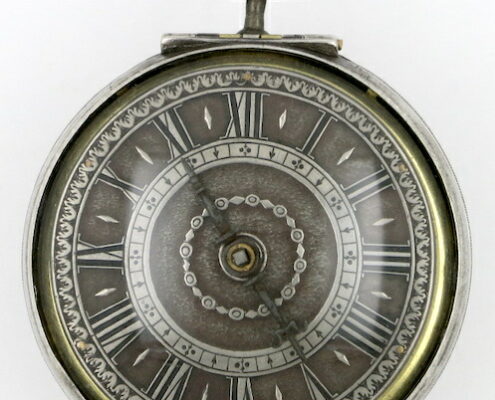 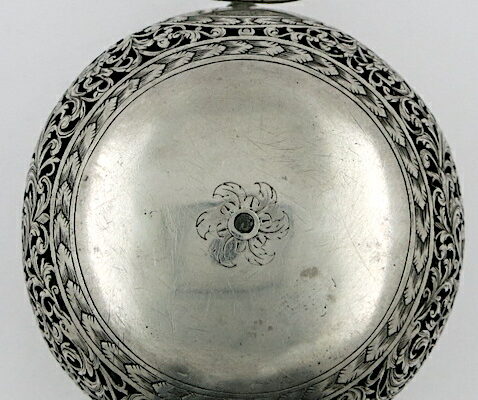 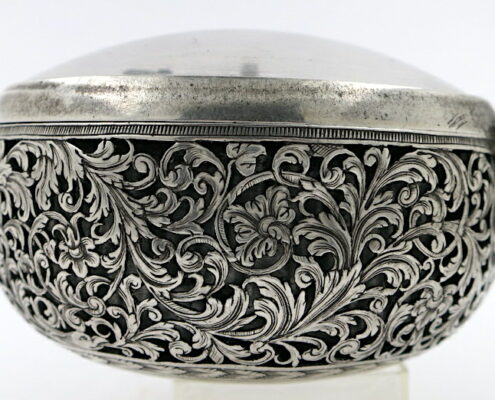 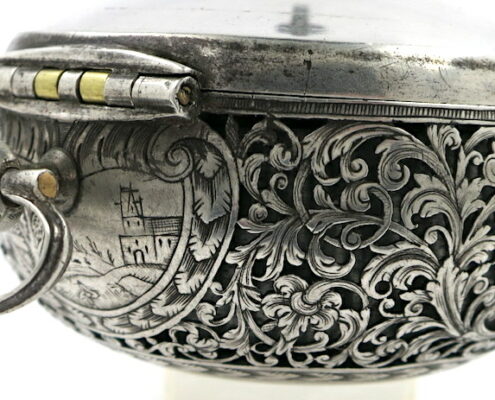 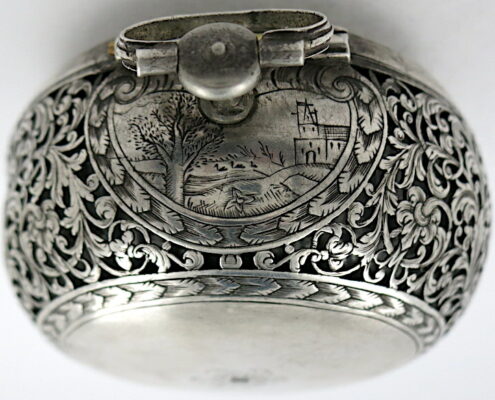 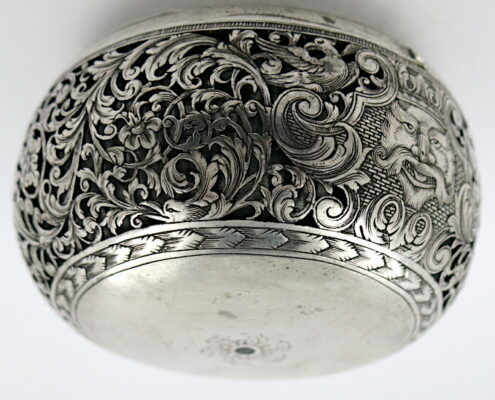 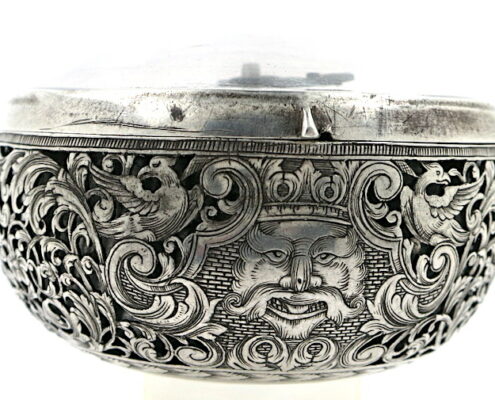 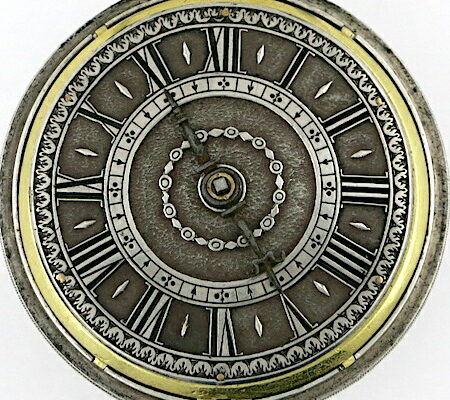 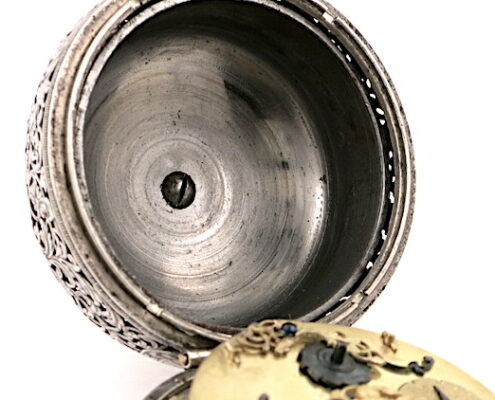 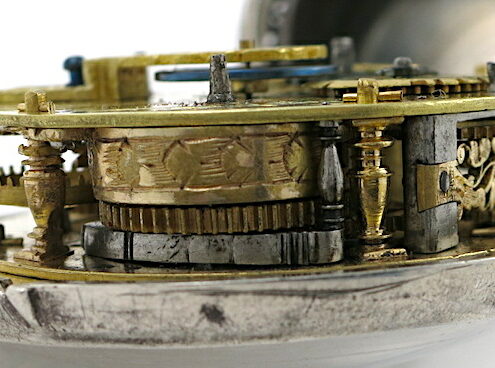 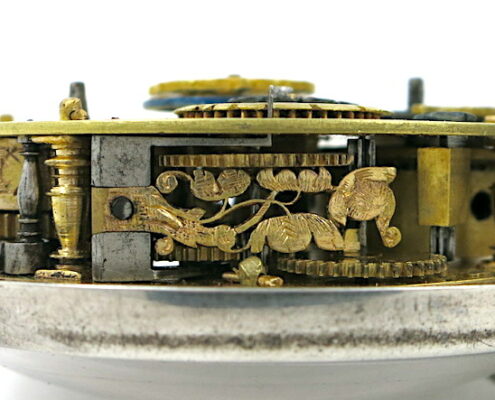 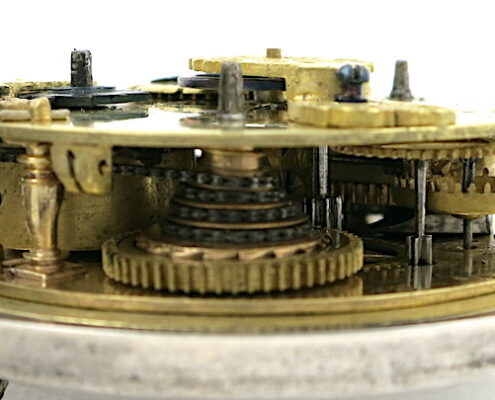 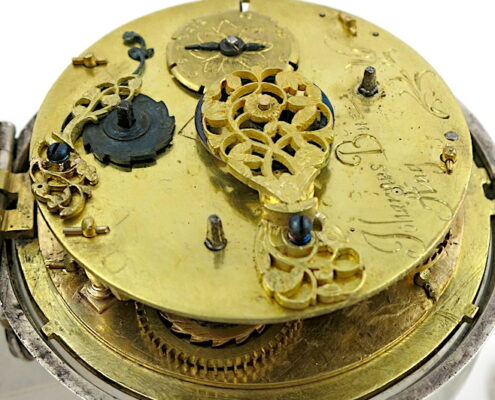 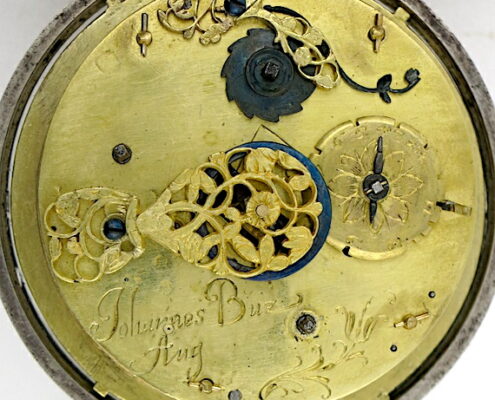 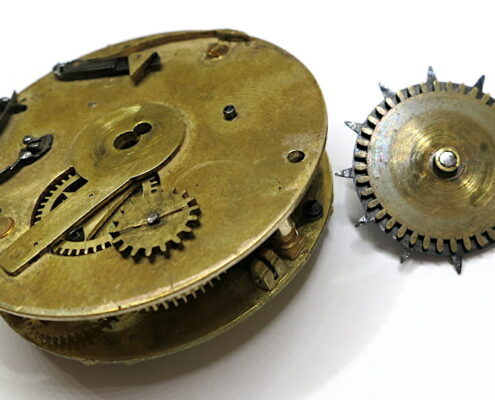 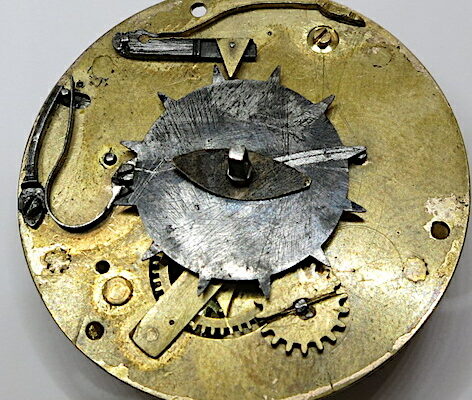 The movement is in good condition, and is running well. The “nag’s head” strike mechanism strikes the hours with a single steel hammer on the steel bell.

INNER CASE : Silver, profusely engraved and pierced, with a country scene at the top of the band, a mask at the base, and foliage with birds around the band.

In very good condition, with just a little compression around the band. The hinge is fine and the bezel shuts correctly. The high dome crystal is also in good condition.

OUTER CASE : Silver, again with beautifully engraved and pierced decoration. Four masks around the back, with corresponding country scenes to the bezel, all separated by foliage. Plain silver disk to the back.

In very good condition, throughout. The hinge, catch and catch button are all fine and the bezel snaps shut.

RESTORATION & LATER PARTS : This watch has been sympathetically and professionally restored. To my best knowledge, the following is a summary of the history of the components :

Between the plates, both watch movement and striking movement are original except for the potence. The fusee cone has a square profile to the groove, so has been recut to suit a steel chain (would originally have been a gut cord).

On the potence plate, the 2 arm balance wheel and ratchet click spring are replacements.

The dial is later, probably made and fitted around 1670, though the dial plate is original. The steel hand is a replacement.

The wonderful silver pair cases are later, probably from around 1700. The bow and stem are a little later (probably mid 18thc) and the bell is a replacement. The plain silver disk to the back of the outer case probably replaces an earlier monogram or signature disk.

Johannes Buz is listed in Augsburg around 1625.
There are a couple of well documented examples of his work, one in the V&A and another in the British Museum collections.

Striking is achieved by a “nag’s head” mechanism under the dial (see final 2 photos). This is a system sometimes found on late 16th and early 17th century German watches. The spring loaded triangular shaped piece on the release arm of the mechanism is lifted each hour by the star wheel, causing the strike to be triggered. This very rare mechanism appears to be original.