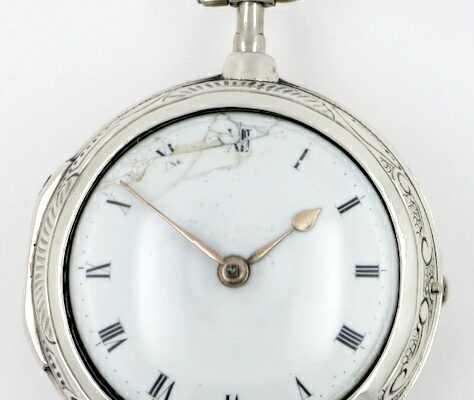 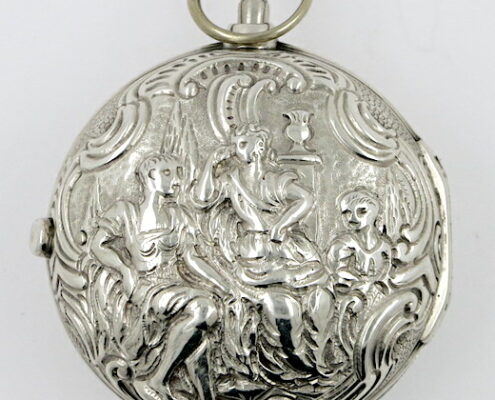 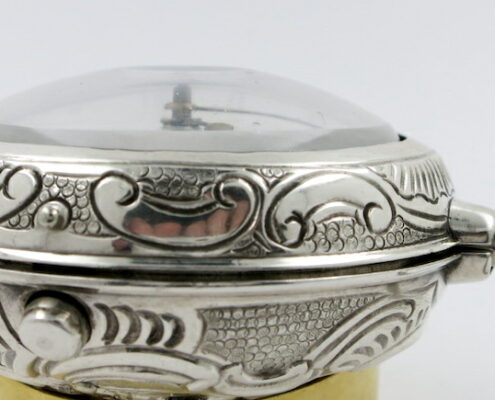 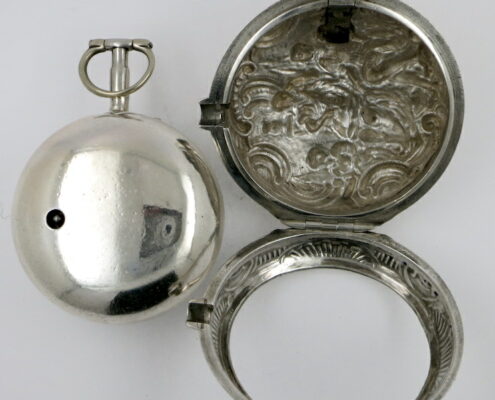 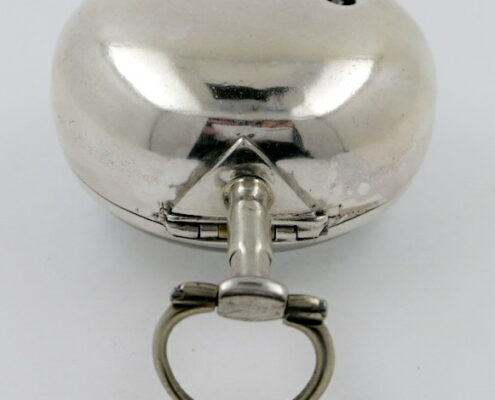 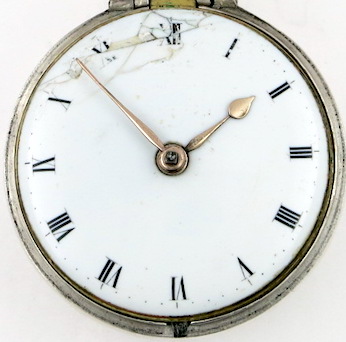 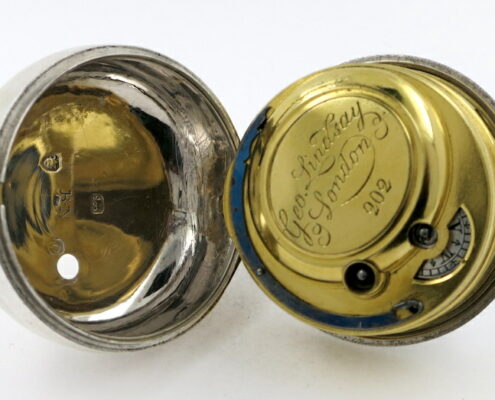 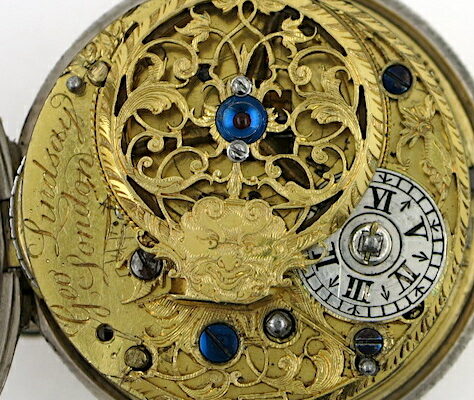 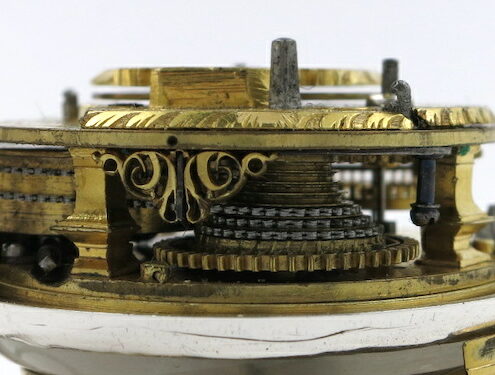 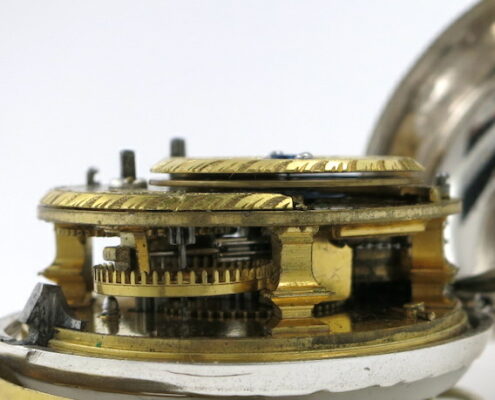 MOVEMENT : A fine quality gilded movement, with a verge escapement, an engraved and pierced balance cock, showing entwined foliage and a mask to the neck. Ruby endstone, four square baluster pillars and a silver regulator disk.

The movement is in good condition, except for the balance cock foot, which is missing the left hand corner (thought it is still held firmly). It is running well.
The movement is protected by a removable gilt dust cap, signed and numbered as the movement.

DIAL : The white enamel dial is in poor condition, with damage around the edge between 10 and 12. Gilt hands.

The case has been reinforced at the shoulder, but otherwise is in good condition. The hinge is fine and the bezel snaps shut correctly. The high dome, bull’s eye crystal is perfect.

In good condition, with only a little wear to the high points of the repousse work, mainly to the figures. The hinge, catch and catch button are all fine and the bezel snaps shut correctly

Both the case and dial are a little later than the movement, and were probably added in 1778. The case is a perfect fit so made have been made for the movement.

George Lindsay is known to have been working since 1743, and was appointed watchmaker to his majesty George III in1760. He worked at the Dial, facing Fountain Tavern, near. St. Catherine St., Strand. Lindsay died in 1776.

The inner case maker is Bartholomew Need, working at in Clerkenwell, London in 1778.