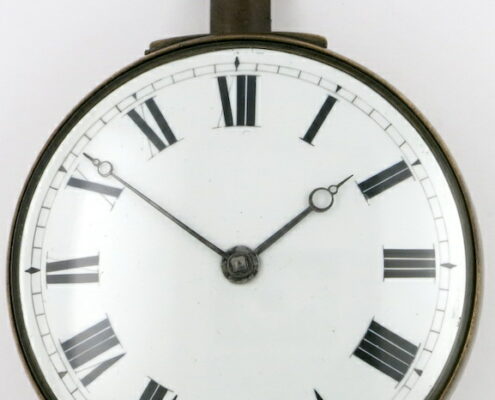 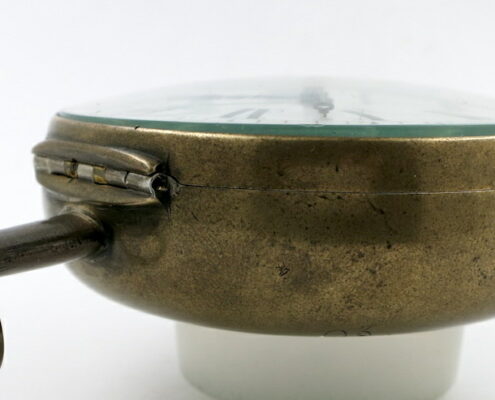 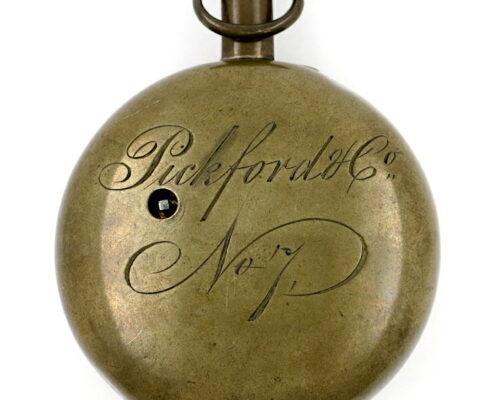 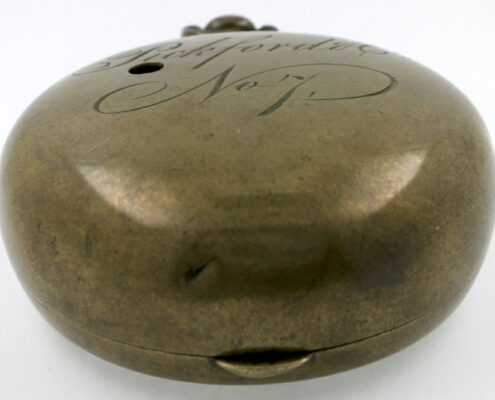 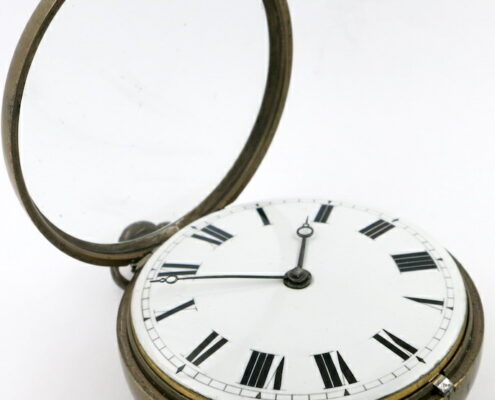 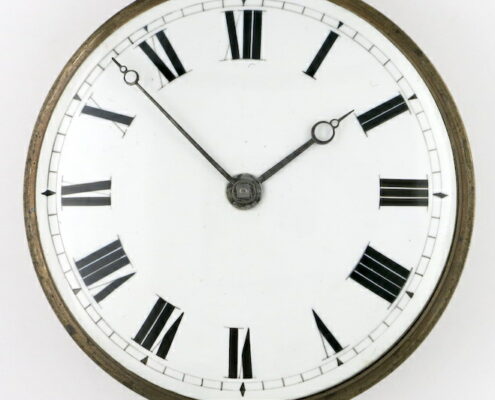 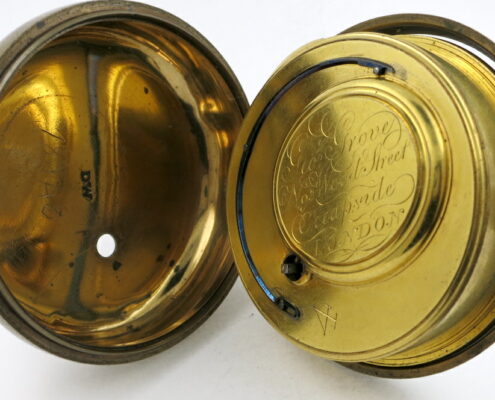 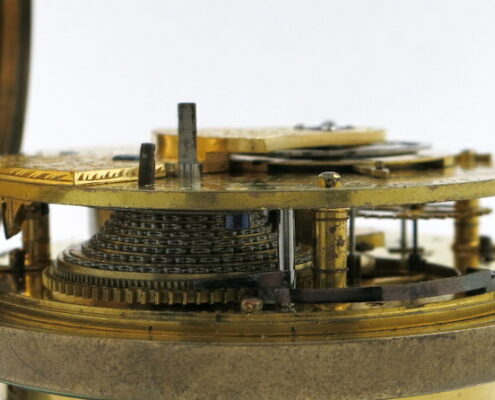 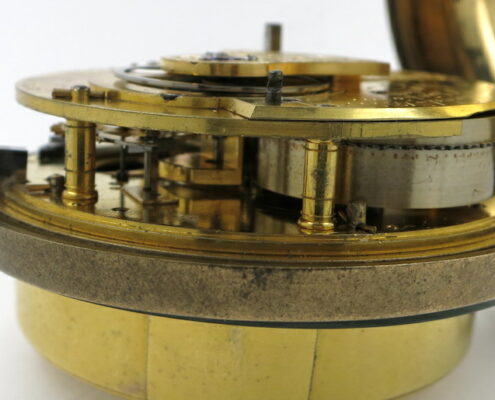 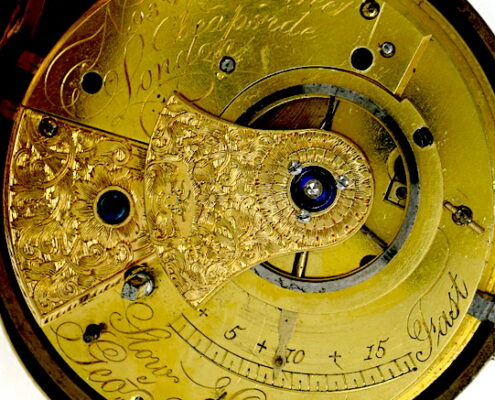 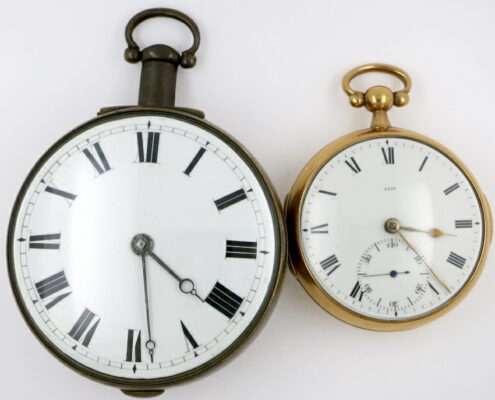 Signed (Geo.Grove, 93 Wood Street, Cheapside, LONDON).
The movement is protected by a removable gilt dust cap. Signed as the movement.

All in good condition, and running well.

The movement runs for 60 hours, which is achieved by a very large diameter mainspring, and a high tooth count on all of the movement wheels.

CASE : A heavy and substantial gilt case, with maker’s mark DW, and scratched serial number (18148). The back is inscribed “Pickford & Co No.7”.

Although the gilding has worn off the outer surface, the case is in good condition. Just one small dent on the band near the catch and a light bruise to the shoulder. The hinge is fine and the bezel snaps shut correctly. The high dome crystal is fine.

This watch would probably originally have had an outer, protective, carrying case.
NB. The final photo above compares this case with a standard sized watch of the period.

The case maker’s mark is possibly for Daniel Willmott, who are recorded at Orchard Street, St.Lukes, London in 1805.

George Grove is recorded working in the early 19th century.

Pickford & Co was founded in the mid 18th century. This watch was probably provided to employees of the company to assist with good timekeeping while travelling. Until the introduction of the railway, Pickford’s coaches were commonly used to transport goods around the country. The Pickford Company is still in existence.