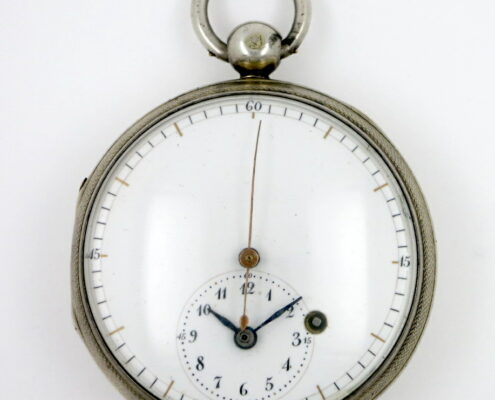 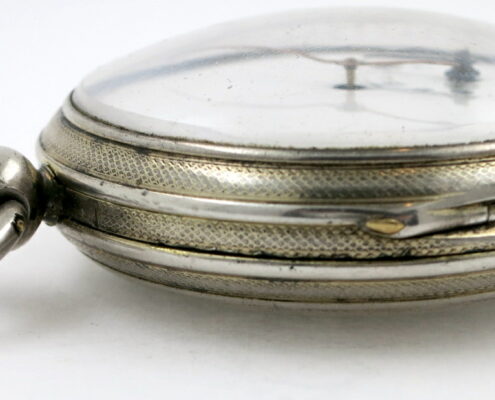 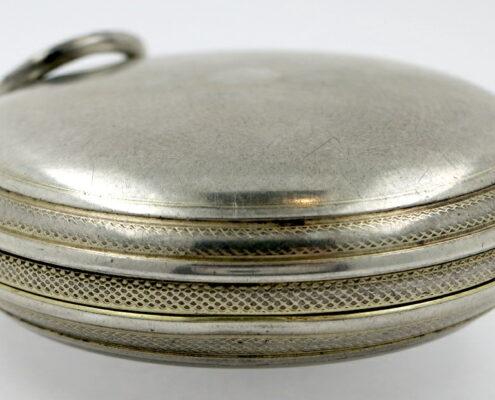 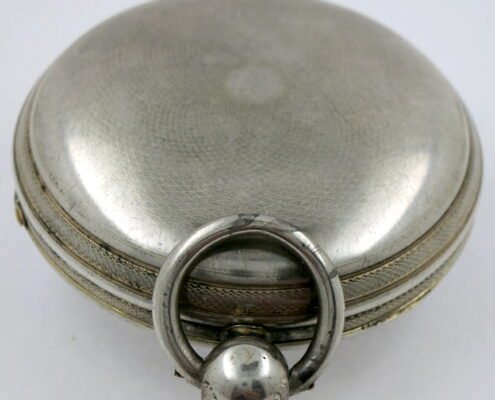 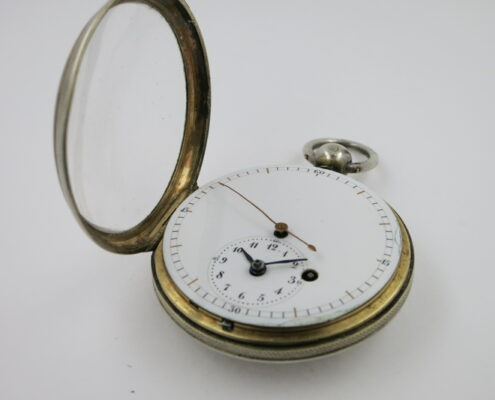 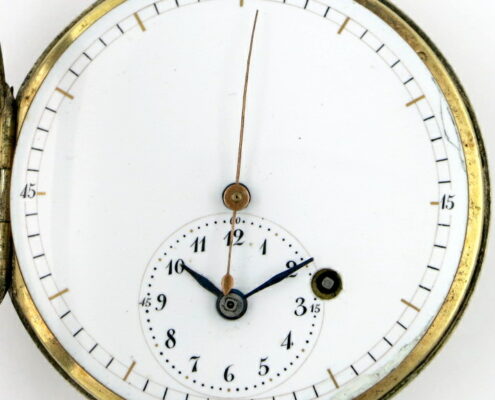 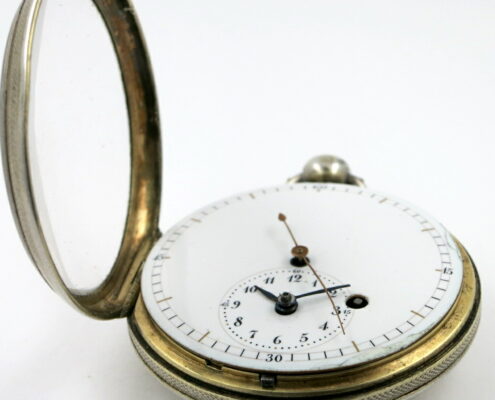 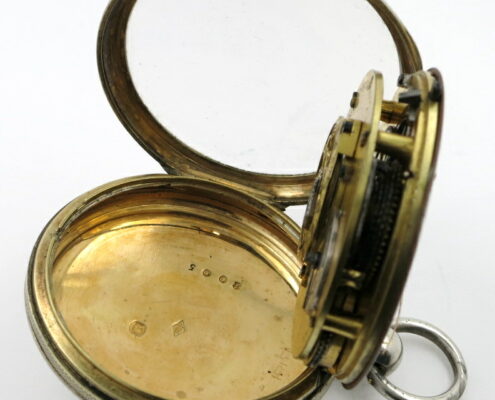 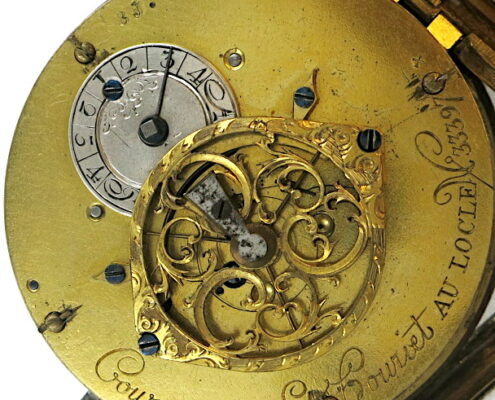 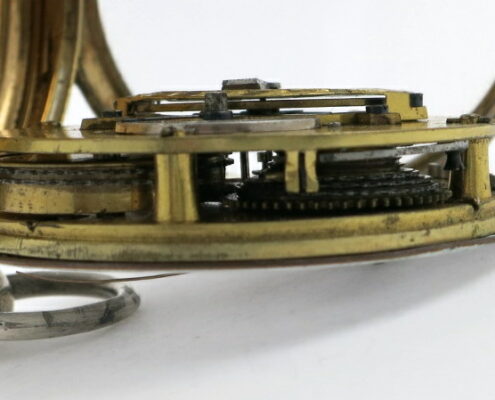 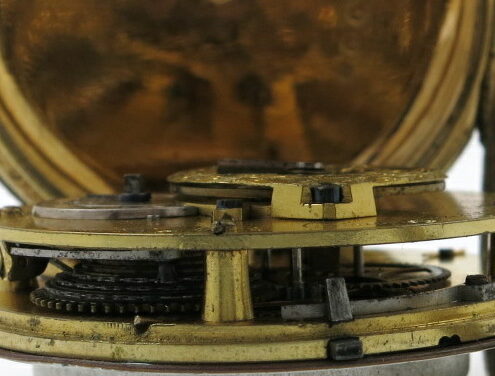 A Swiss silver pocket watch, by an important maker, with an interesting regulator style dial and centre seconds.

Good condition throughout and running well.

There is a vacant slot on the dial plate, next to the opening catch, which originally would have allowed for a stop/start lever to halt and restart the movement. This lever is now absent.

DIAL : White enamel dial, the main seconds dial with gold 5 minute markers, and a subsidiary for hours and minutes.

In good condition but with some damage around the edge at 10 and 25, and a tiny flake at the winding aperture. Nice matching blued steel hands and gold coloured second hand.

Generally in good condition, with no dents, but a few light scratches, wear to the engraving and most of the gilding has worn off the exterior. The high dome crystal is fine.

The partnership of David Courvoisier and Jacques Frederic Houriet was active between 1775 and 1804.

Jacques Frederic Houriet is a notable figure in horology, and was one of the great horological geniuses from Neuchâtel.