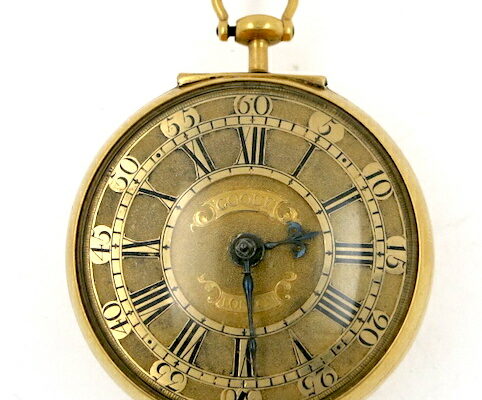 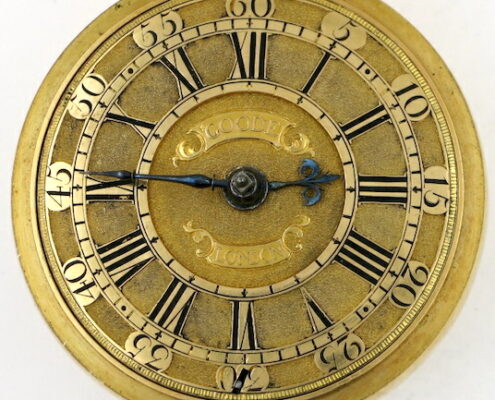 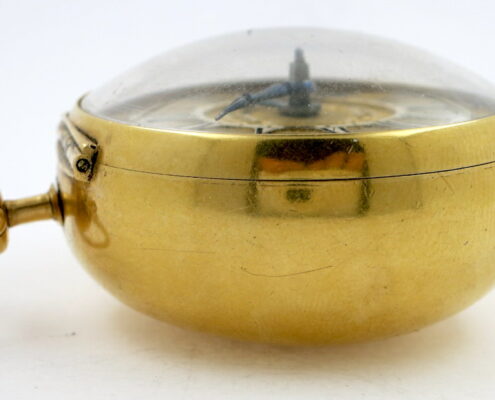 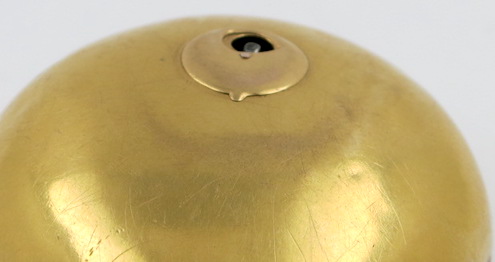 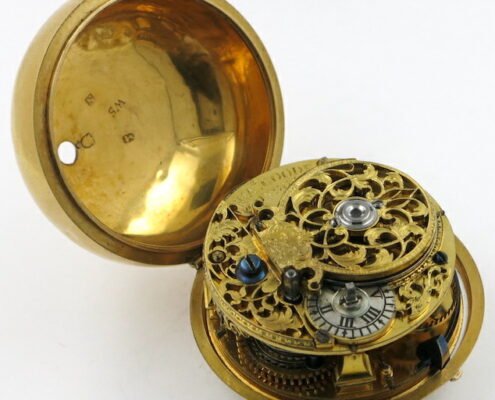 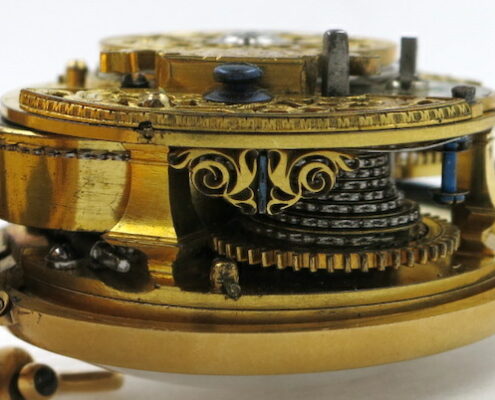 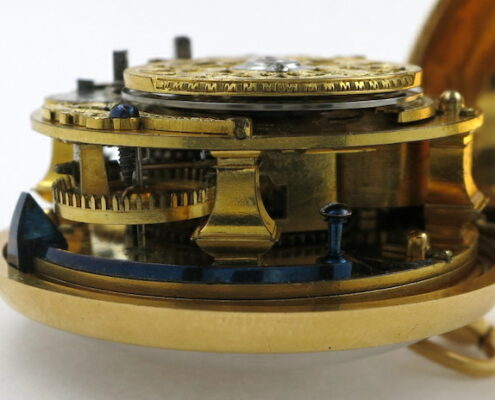 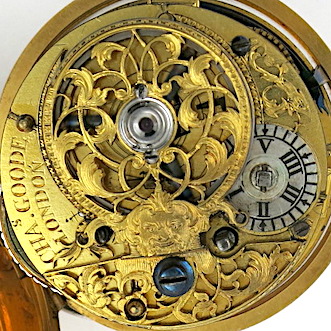 All in very good condition and running well.

DIAL : A fine gold champleve dial, signed as the movement. In excellent condition.

In very good condition, with some very light bruises and light scratches around the winding aperture. The hinge is fine and the bezel snaps shut correctly. The high dome crystal has some scratches but no chips.

Although fitted with a shutter to the winding aperture, this watch would probably originally have had a second, outer pair case.

Charles Goode was one of the first London makers to use jewelled bearing in watches. This began in London between 1705 and 1710. Makers such as Goode, Tompion and Graham were among the few to fit jewels, which never became normal practice with verge escapements. Such early work is very rare.