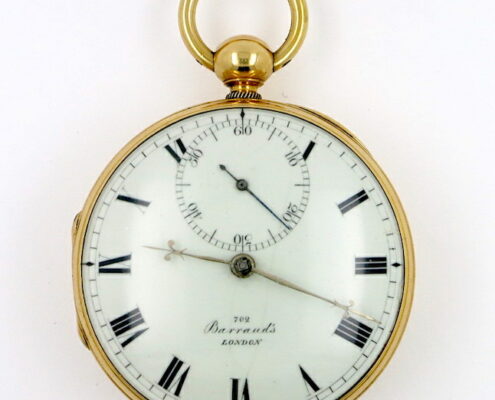 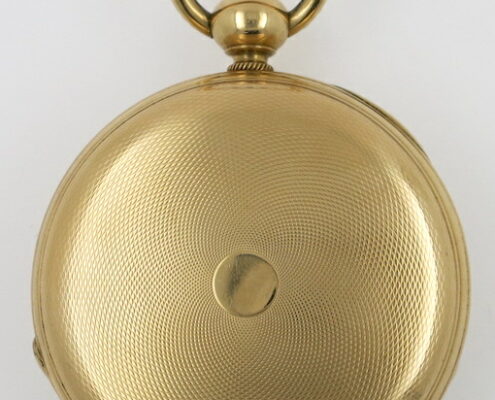 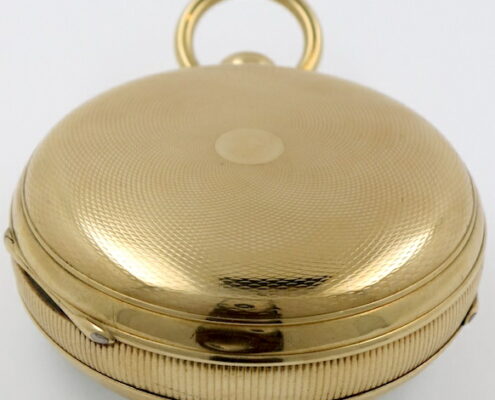 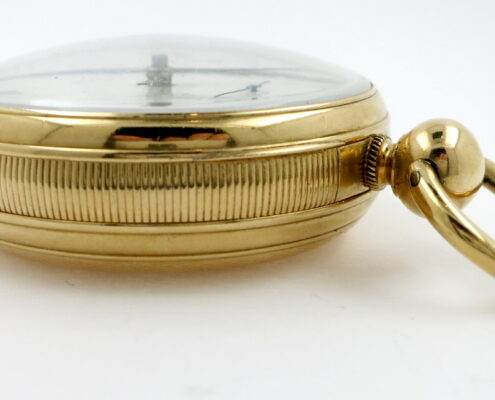 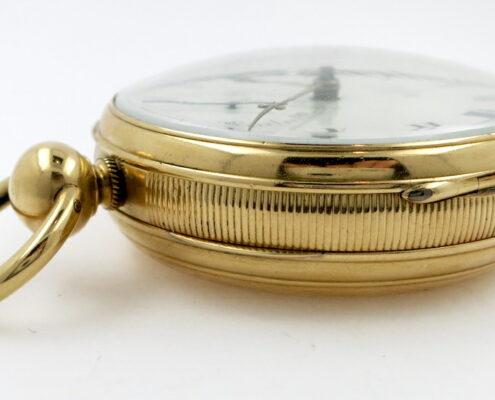 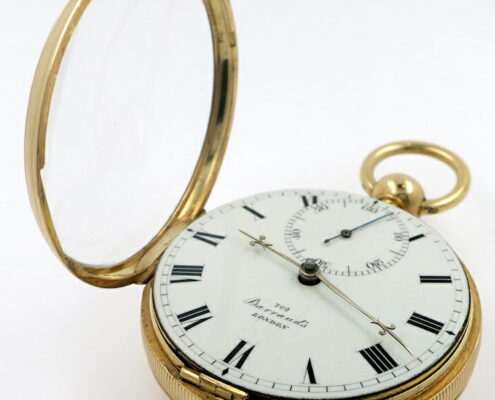 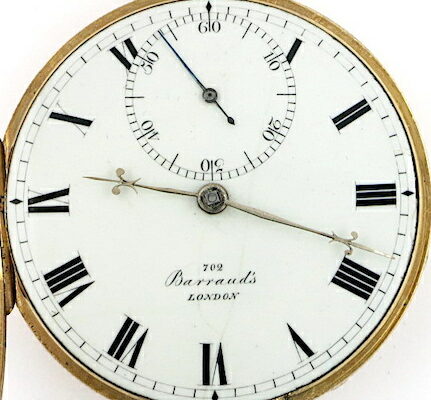 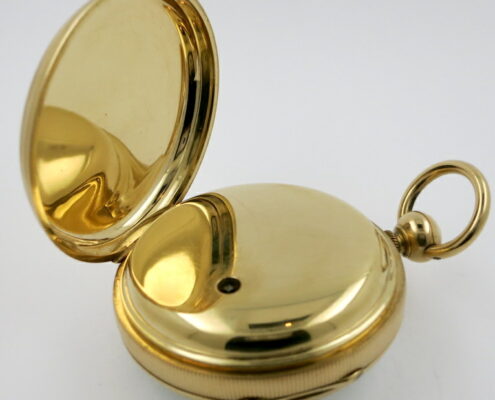 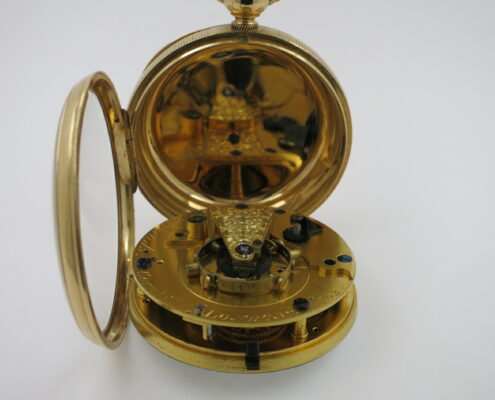 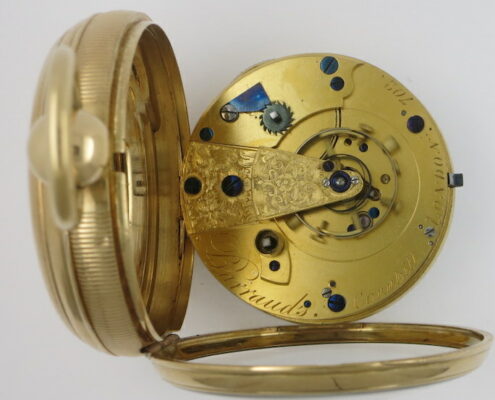 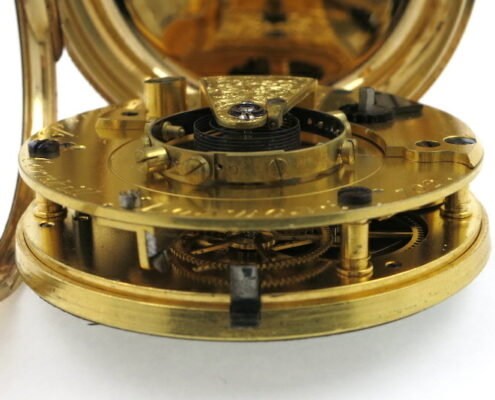 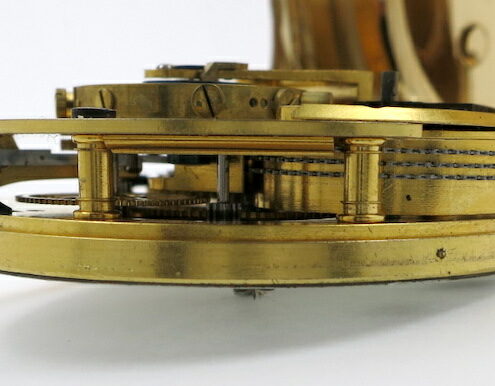 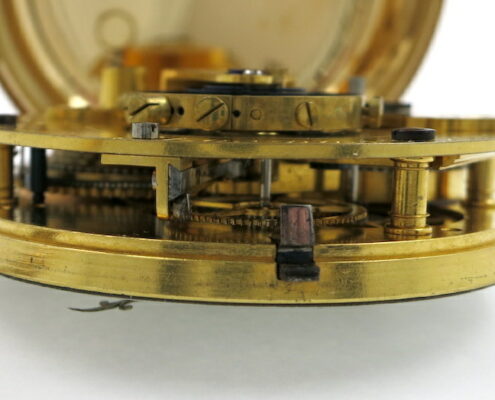 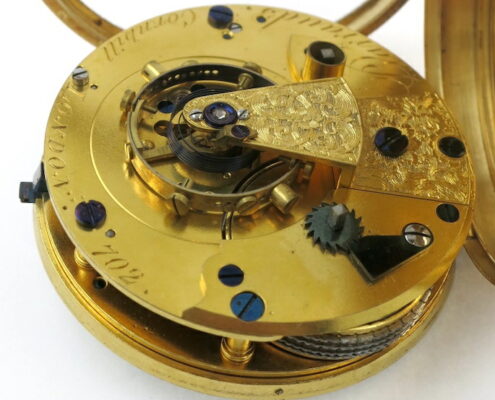 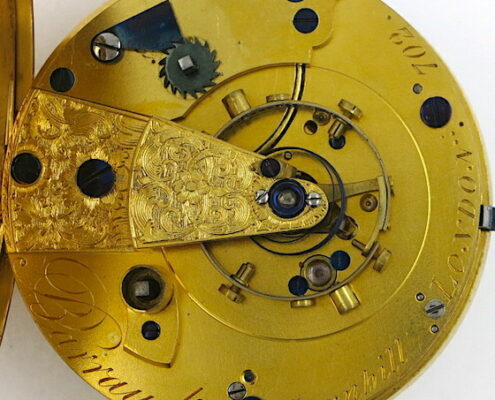 All in excellent condition. Running well, just losing about 4 seconds in 24 hours.

In good condition, with no repairs, but two light hairlines, running from 6 towards 1.

In good overall condition. Just very light wear to the engraving on the shoulder and a small ding to the band at 11. A little wear to the movement hinge. The case hinges are fine and both bezel and back cover snap shut correctly. The crystal with only very light scratches.

Barraud of Cornhill London, is listed from 1799 until about 1860. The company were makers of chronometers to the Royal Navy.
A slightly later Barrauds chronometer (No. 721) is in an original gold case hallmarked for 1815, so this example (No. 702) dates from 1814 or 15.

The substantial case, which tests as 18ct gold, is unmarked and could be later but made specially for the movement.