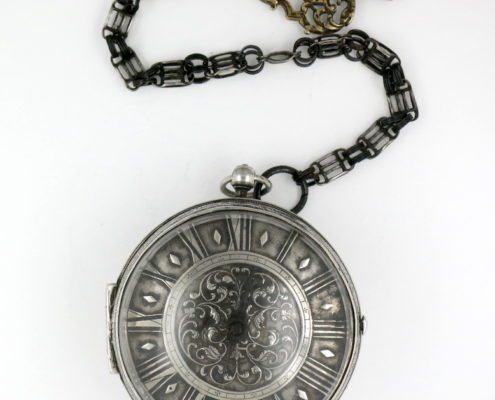 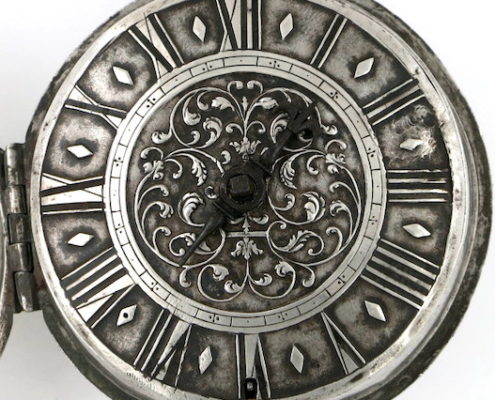 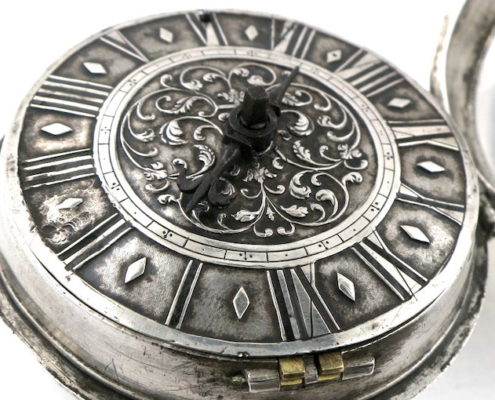 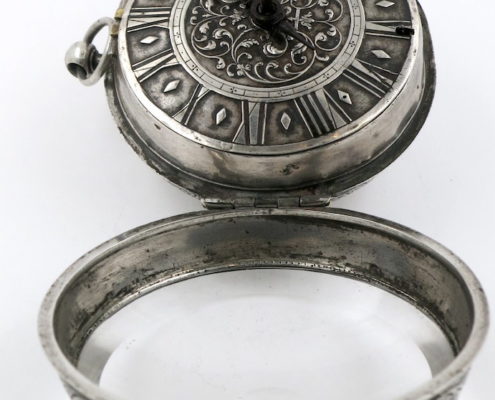 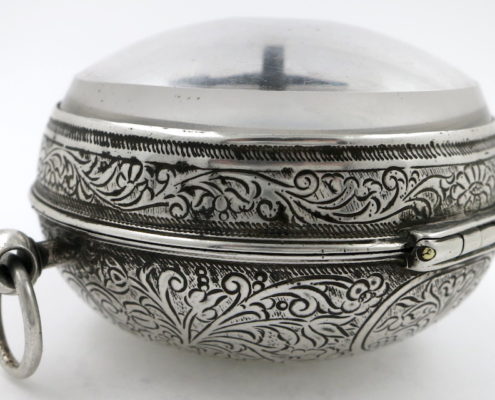 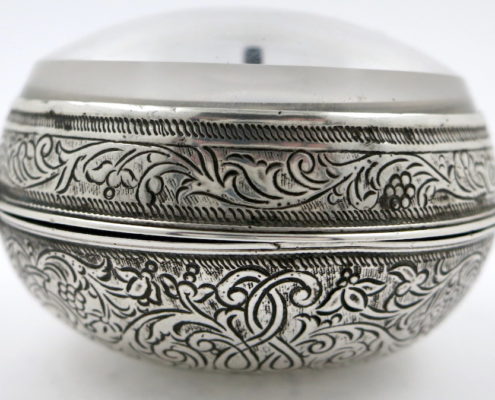 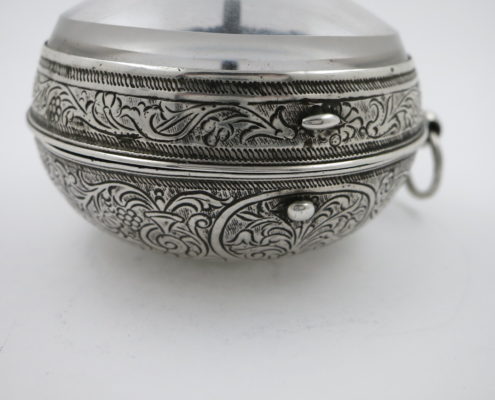 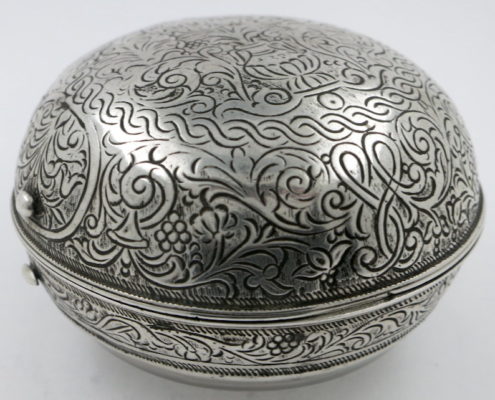 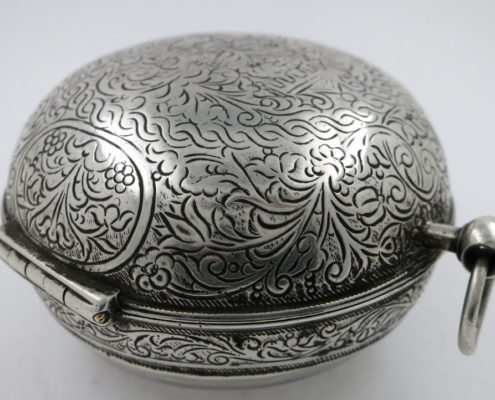 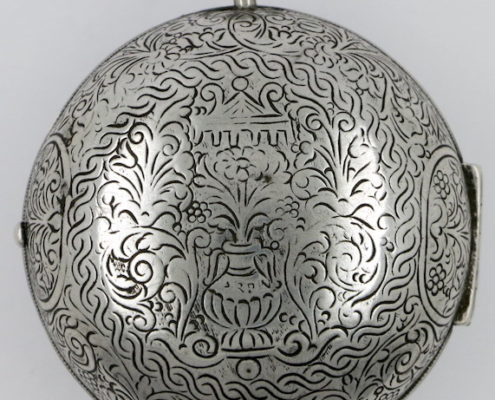 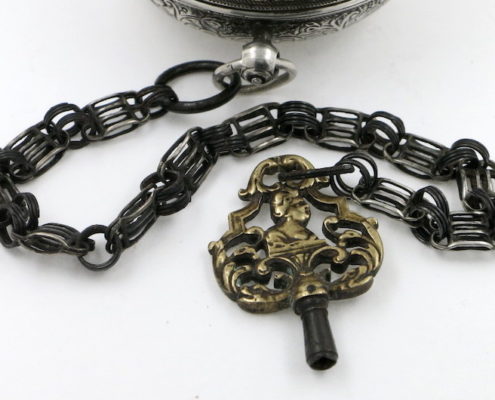 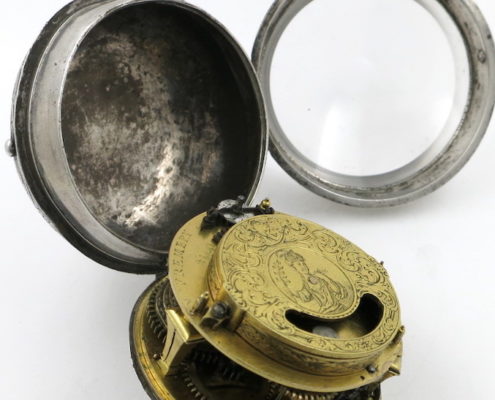 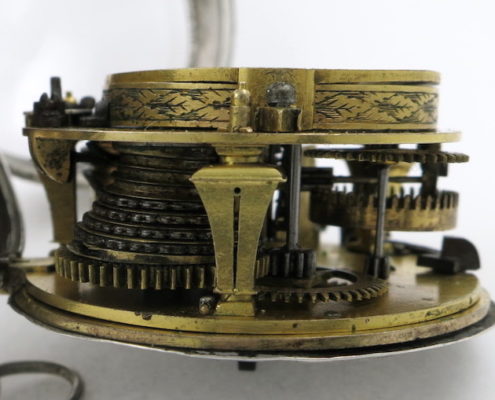 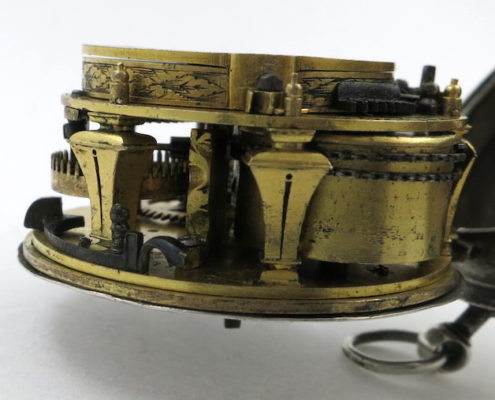 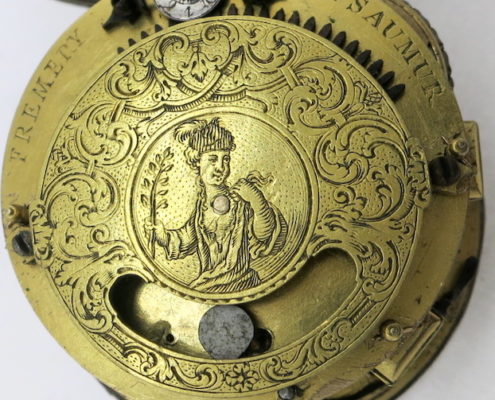 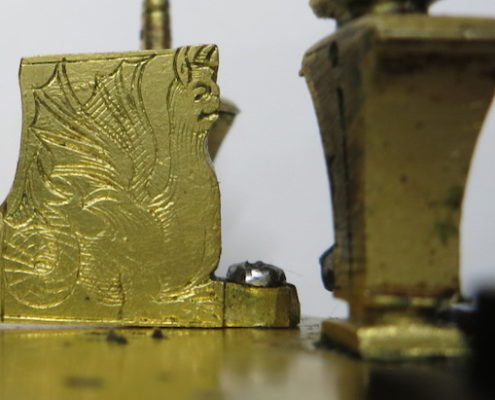 MOVEMENT : Gilt verge movement, with a very large and beautifully engraved gilt balance bridge, fully enclosed except for the mock pendulum window. The engraving show a lady to the centre of the bridge, framed with scrolls and leaves around the deep rim. Small, early style silver regulator disk and set up, and four deep Egyptian pillars.

The plate between the mainspring and the escapement (almost entirely hidden) is beautifully engraved with a dragon.

The movement is wound anticlockwise from the steel square in the centre of the dial.
The hand is driven from the 2nd wheel of the movement train (no central wheel as with a two handed watch).

DIAL : A beautiful silver champleve dial, with half hour makers within the outer chapter ring, and quarter markers inside that (typical for a single handed watch).  The central disk shows scrolls and foliage.

In very good condition, with just some scuffs to the silver chapter between 2 and 3.  There is one dial foot worn, but the dial is held firmly by the other two.

CASE : A silver case, with fine engraved decoration to back and bezel.

In very good condition with just a few small and shallow bruises (one larger on the edge at 6), and very little wear to the engraving. The hinge and catch are fine and the bezel snaps shut correctly.

The watch is accompanied by an interesting contemporary key, pierced to show the profile of a lady (as the balance bridge). The key has a very wide barrel, is in good condition, and fits the winding square perfectly. Held by a steel and silver chain.

The Frémery are a dynasty of nine goldsmiths working in Saumur between 1618 and the beginning of the 19th century. The manufacturer of this watch is probably Etienne I Frémery.
A striking watch from one of the Frémerys is in the Musée du Petit Palais, Paris, and another was previously sold by ourselves.