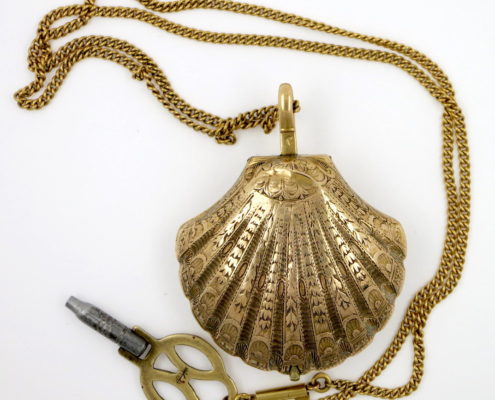 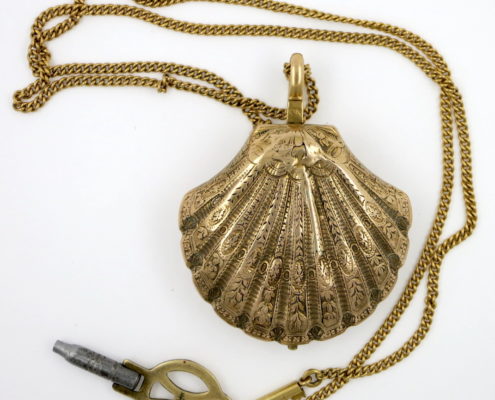 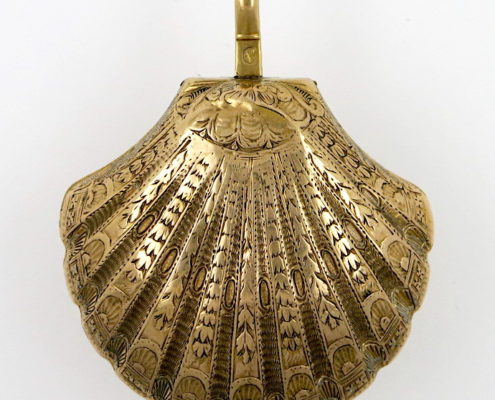 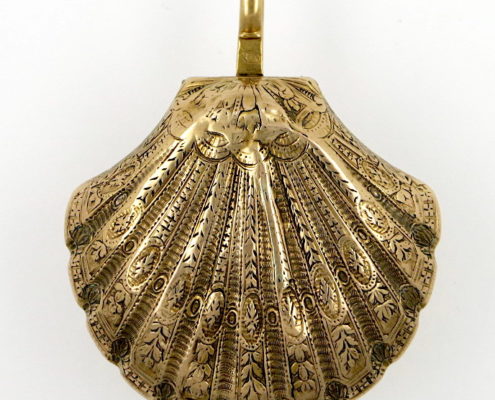 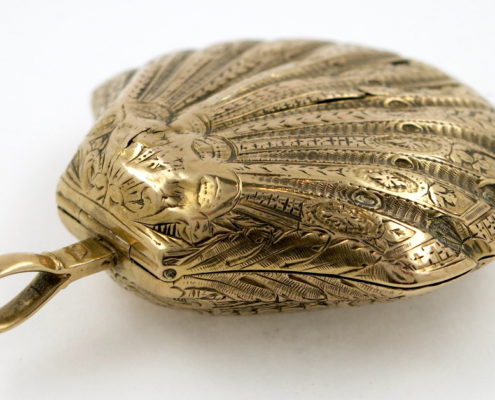 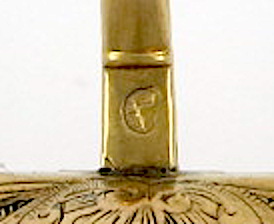 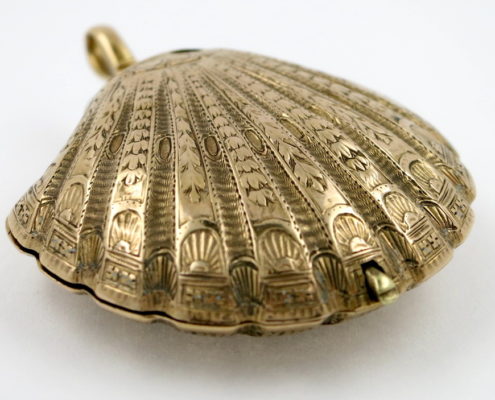 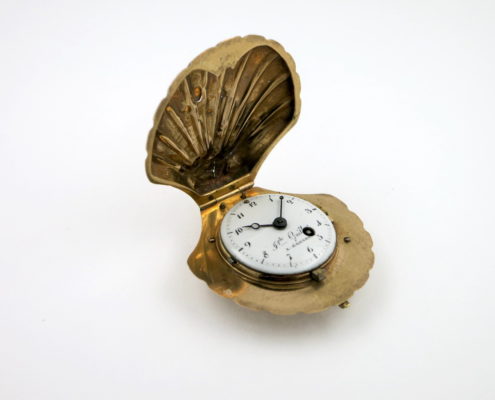 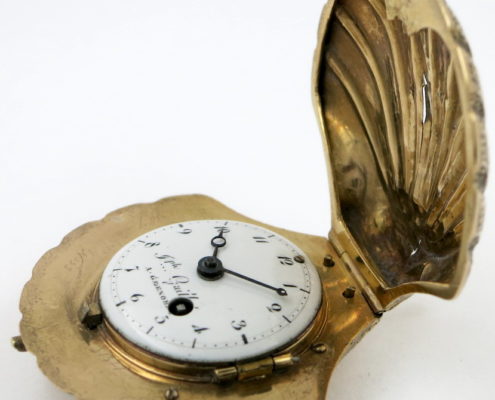 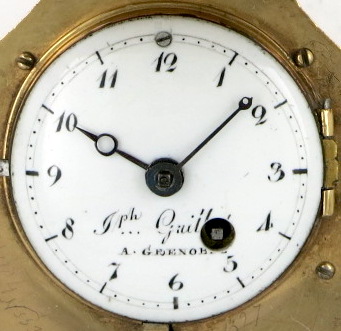 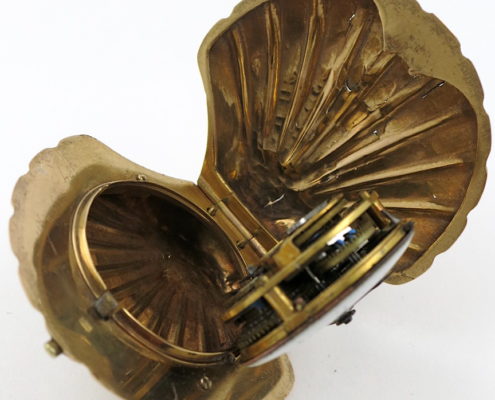 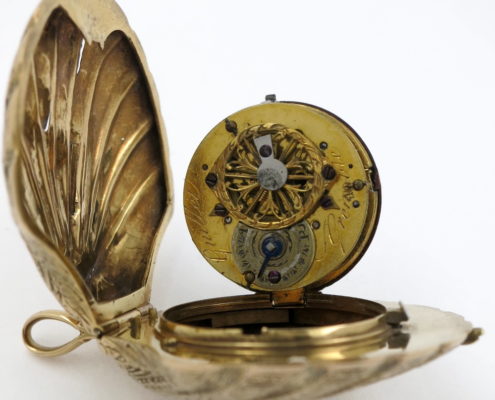 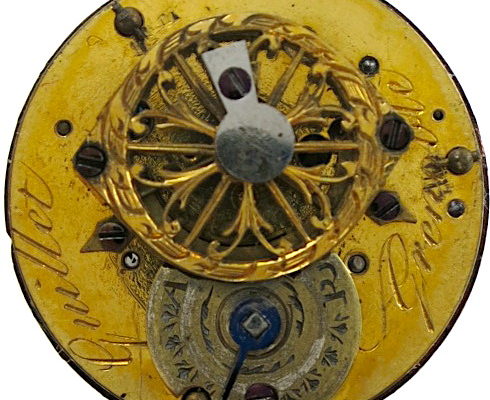 The top plate is just under 19 mm. in diameter.
The movement is in very good original condition and is running well.

DIAL : Original signed white enamel dial in good condition.
No hairlines, one scratch through the signature and a tiny chip on the edge at 12.

CASE : A fine gold repousse case, in the form of a clam or scallop shell. The front cover is sprung, so flips open when the case catch is depressed.

The hinges and catch are fine and the front cover snaps shut correctly. There are a few small holes where the repousse work has worn down slightly, but generally the case is in good condition.

The case and chain both test as just under 18 carat gold. The chain is 44 cm. long and weighs 4.8 gms. (excluding key). The watch case, excluding movement, weighs 10.3 gms.

Joseph Guillet was a watch and clock maker in Grenoble in the early 19th century.
Little is recorded about him (d. 1840), and he is not listed in either Tardy or G. H. Baillie’s dictionaries of French clockmakers.
Joseph Guillet is however referred to in the “Annuaire Statistique de la Cour Royale de Grenoble et du Département de l’Isère” of 1839 as a horloger established in Grenoble’s Grand rue no. 8.