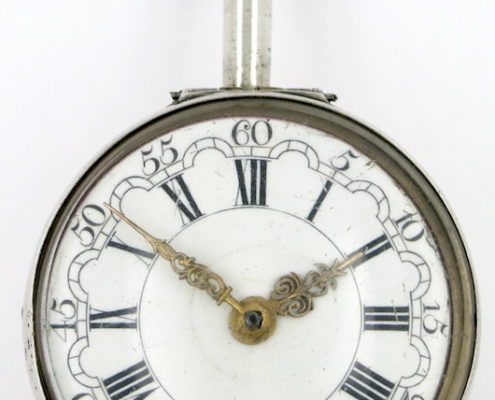 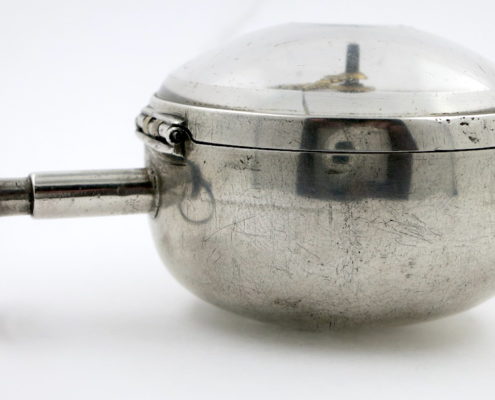 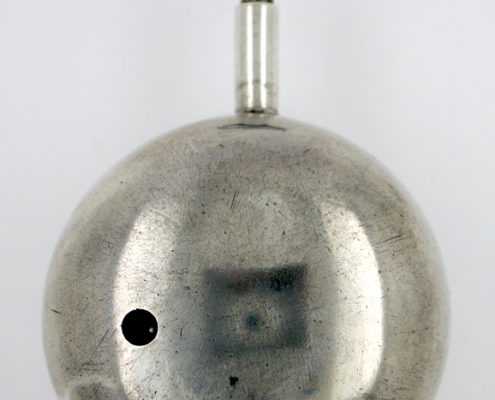 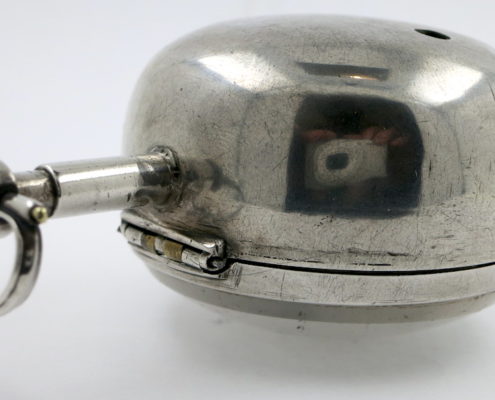 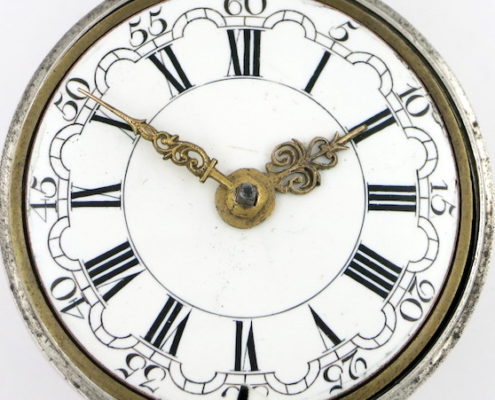 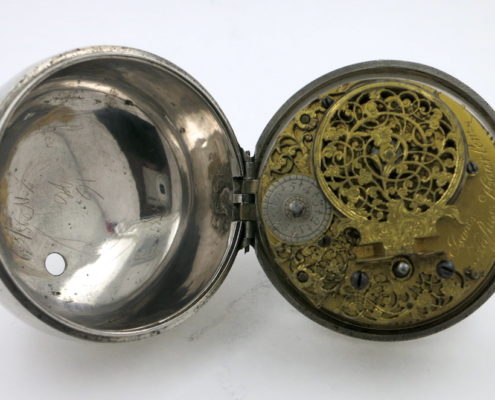 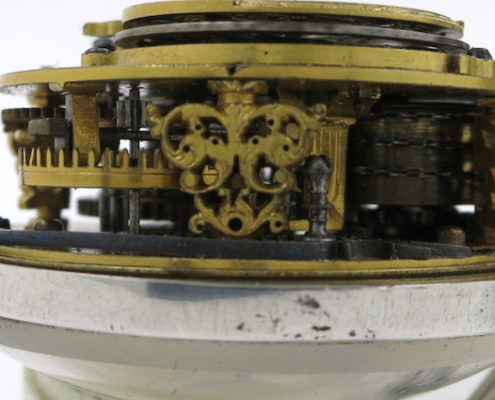 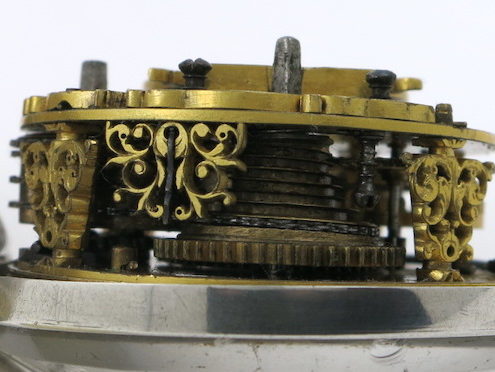 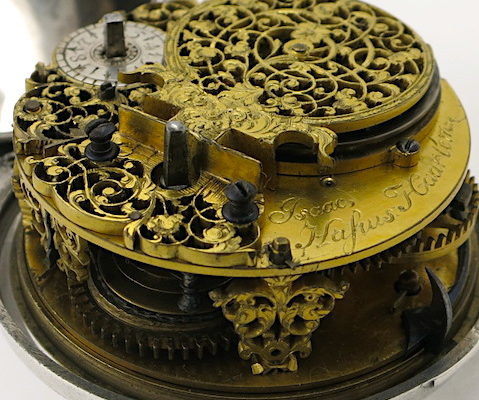 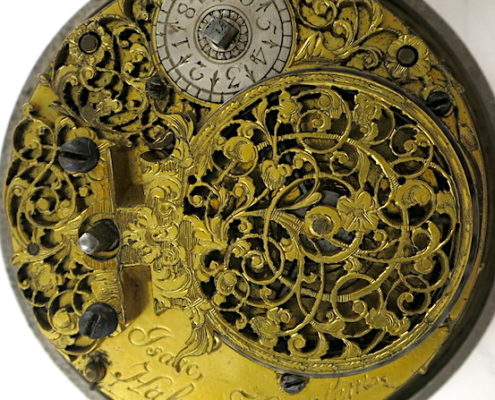 An early Dutch verge, with later dial and missing the outer case. Wonderful movement, with fine engraving and unusual and fine, ornate pillars.

The movement is in excellent condition, and appears to be entirely original (including the blued steel screws). It is running well.

DIAL : A later (mid 18th century) enamel dial, with a few small chips around the edge, and a repair around the catch at 6.

The case is in very good condition and the bezel closes correctly and snaps shut. The high dome bull’s eye crystal is good with just some light scratches and three small chips right on the bezel.

The watch would originally have had an outer pair case, which is now absent.

Isaac Hasius is listed in Haarlem, Holland during the late 17thc. The style and shape of the balance cock of this watch indicates an early date of around 1685. The spiral piercing to the table is typical of Dutch watches of the late 17th and early 18thc, and the small foot, with no rim suggests late 17th century.