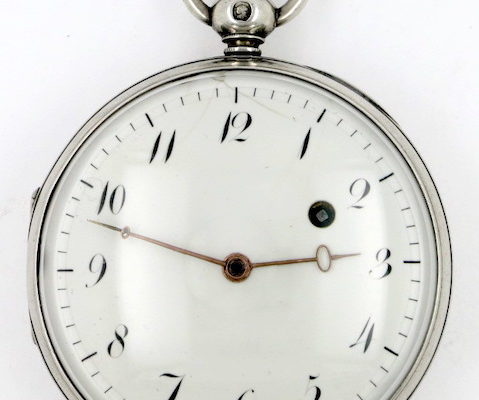 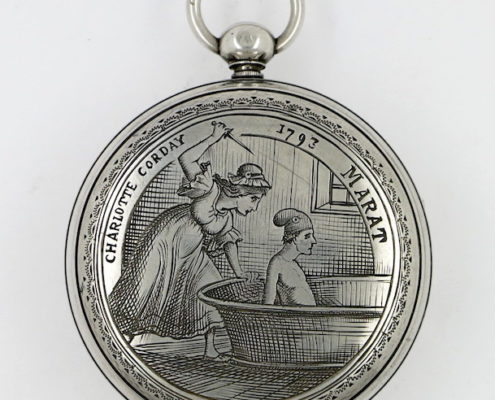 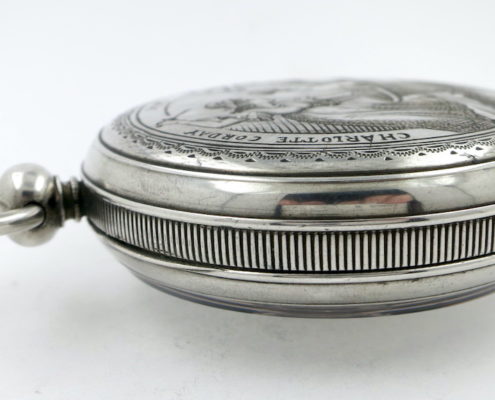 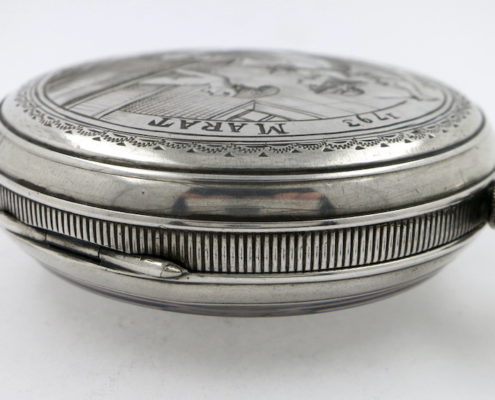 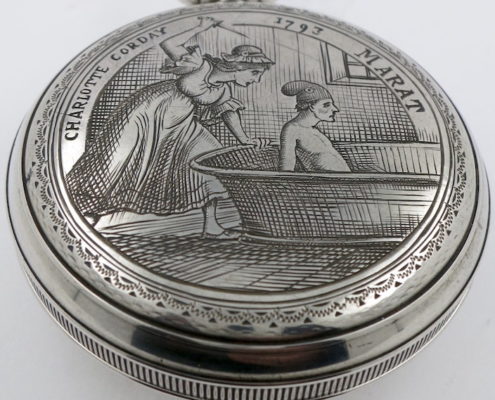 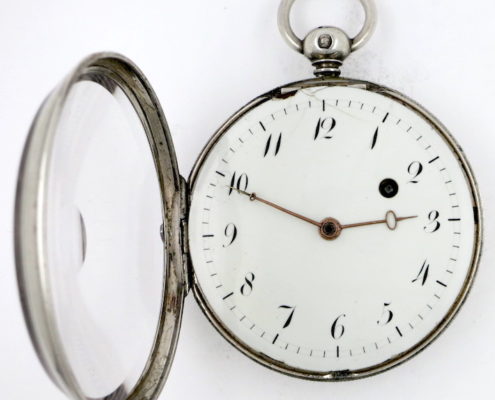 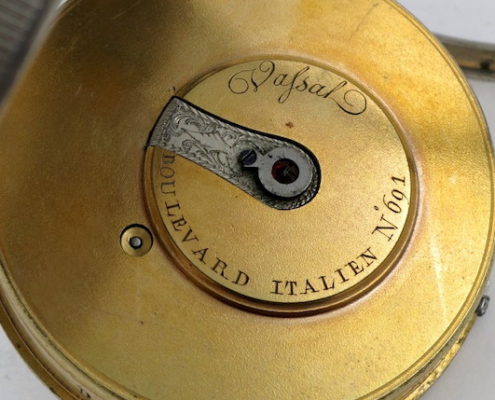 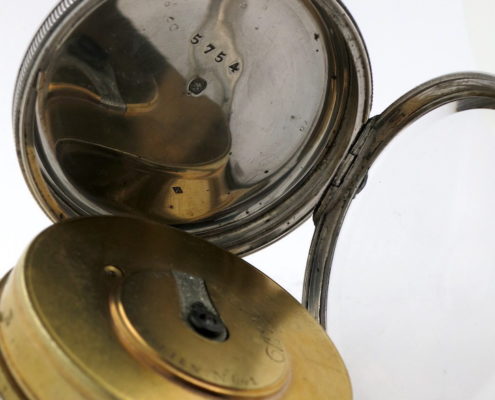 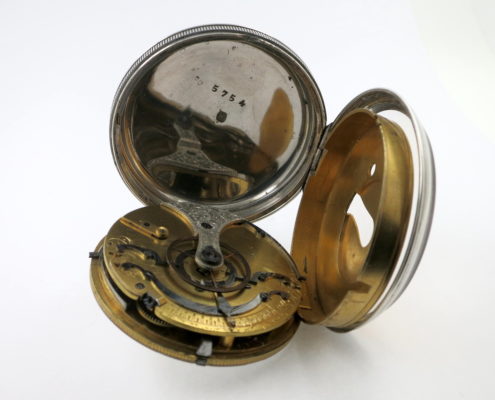 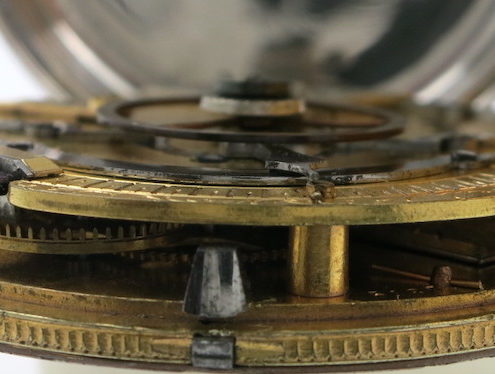 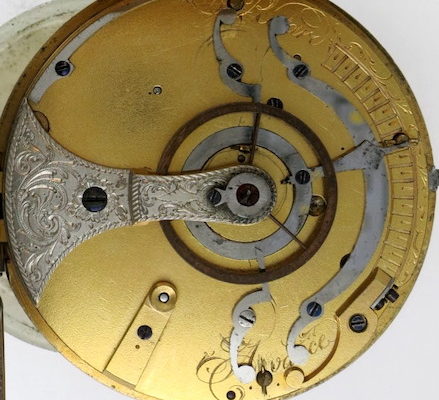 An interesting Paris verge watch, engraved with a fascinating commemoration of the murder of the French Revolutionary Jean-Paul Marat by Charlotte Corday in 1793.

MOVEMENT : Interesting gilt verge movement with unusually shaped silver jewelled balance cock. Another very unusual feature of the escapement is that the balance spring spirals anticlockwise from the staff (opposite to all other verge movements that I have seen).
The movement is protected by a hinged and sprung, gilt dustcap, signed and numbered :

All in good condition throughout and running well.

DIAL : White enamel dial. In reasonable condition, with no repairs but some damage to the edge at 12 and a little wear to the edge at 6.
Fine matching gilt Breguet style hands, with an old repair to the tip of the minute.

CASE : Silver, with milled band and fascinating engraving of the murder scene to the back. French silver marks.
Good condition, with hinges fine and bezel snapping shut correctly. The engraving is crisp with very little wear.
The high domed bull’s eye crystal just has one small chip, right on the bezel at 9, otherwise it is fine.

Marie-Anne Charlotte de Corday d’Armont (27 July 1768 – 17 July 1793), was a figure of the French Revolution. In 1793, she was executed by guillotine for the assassination of Jean-Paul Marat, who was in part responsible for the more radical course the Revolution had taken through his role as a politician and journalist. Marat had played a substantial role in the political purge of the Girondins, with whom Corday sympathized. His murder was depicted in the painting The Death of Marat by Jacques-Louis David, which shows Marat’s dead body after Corday had stabbed him in his medicinal bath.