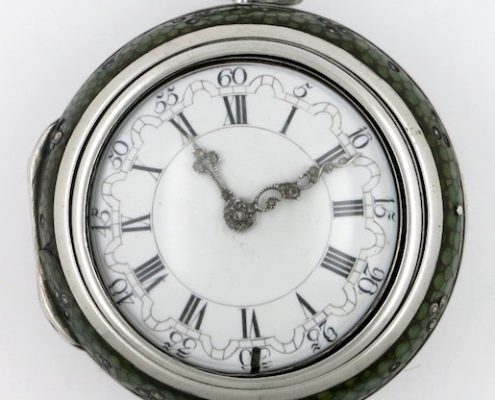 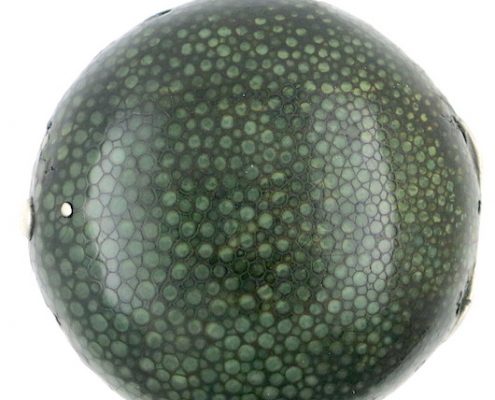 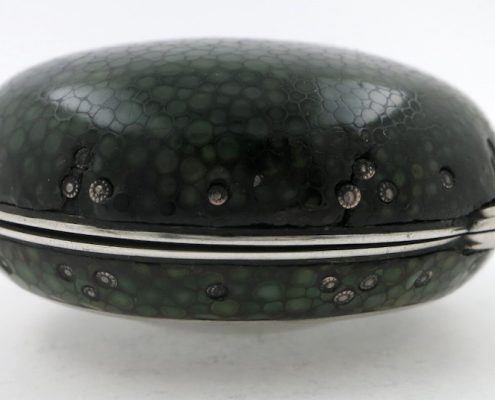 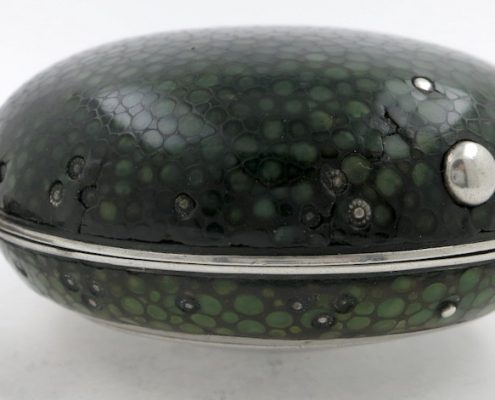 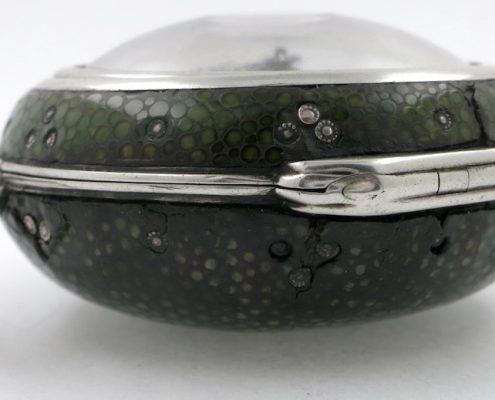 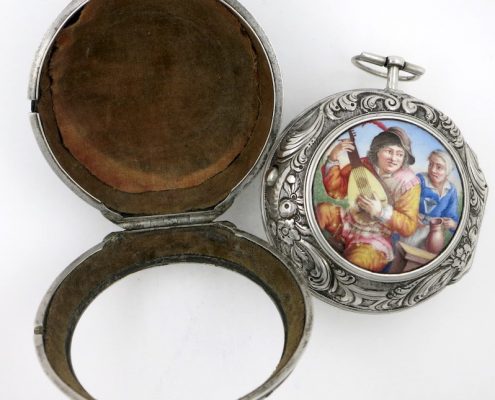 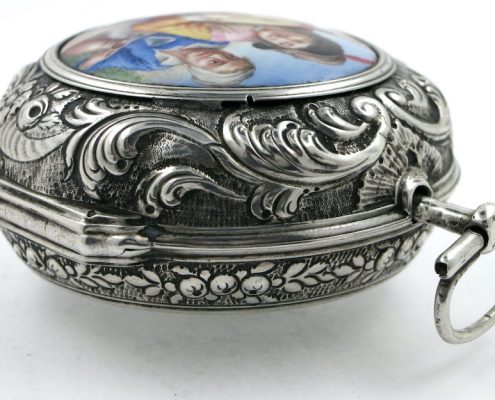 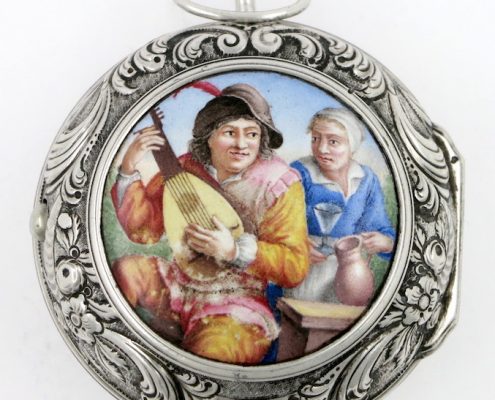 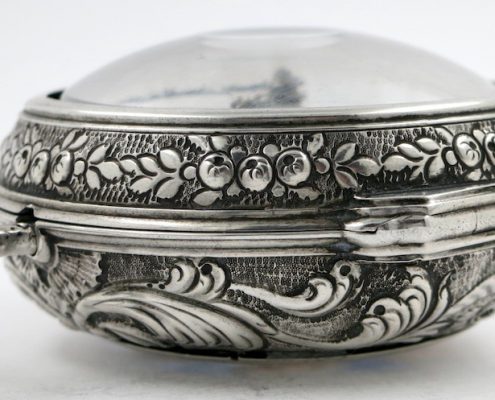 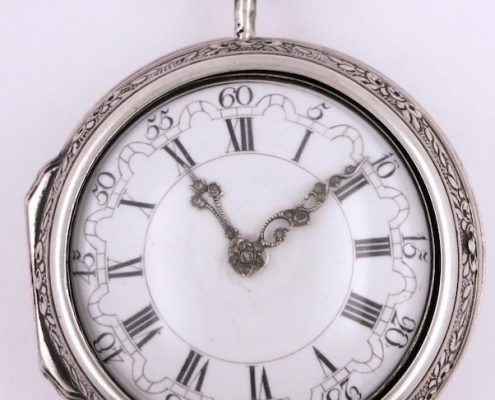 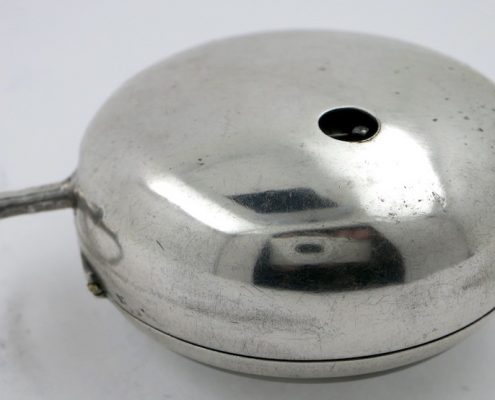 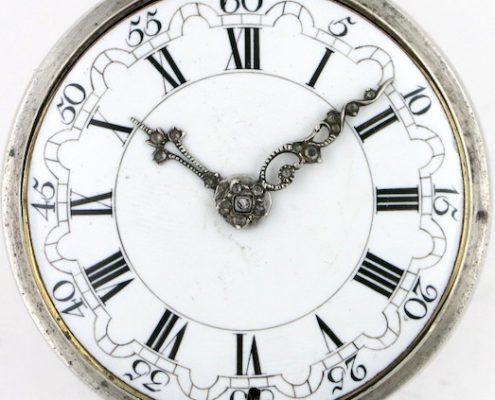 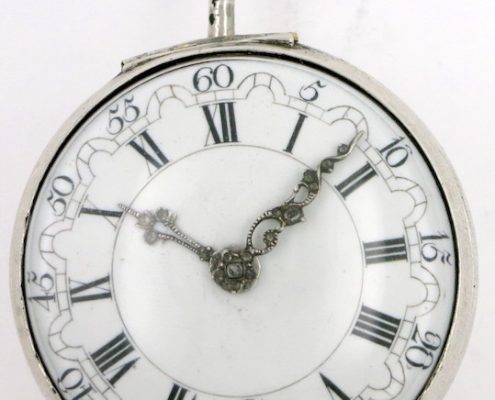 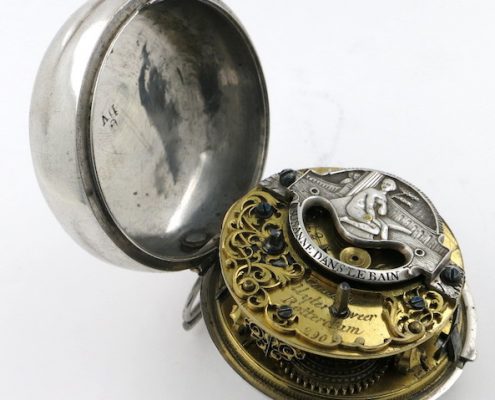 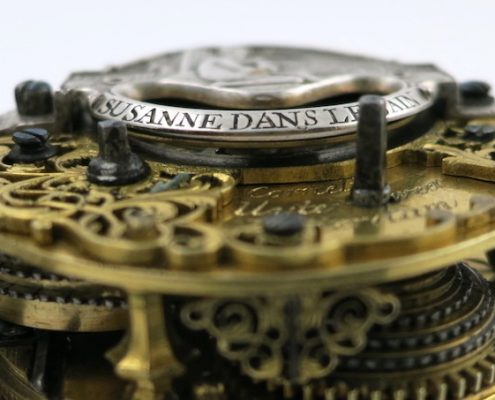 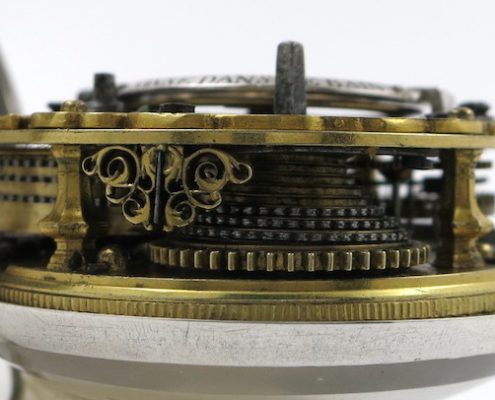 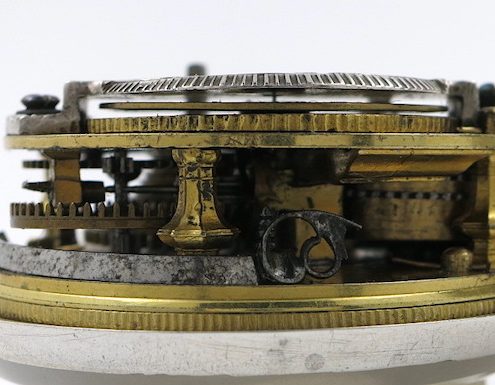 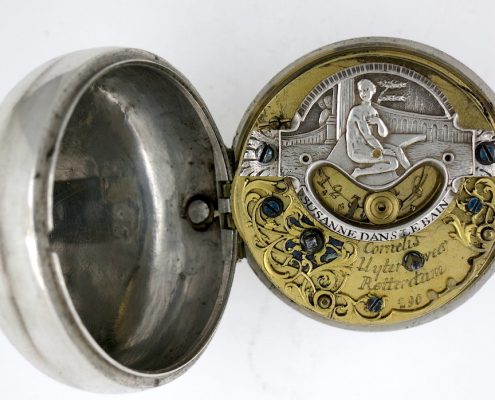 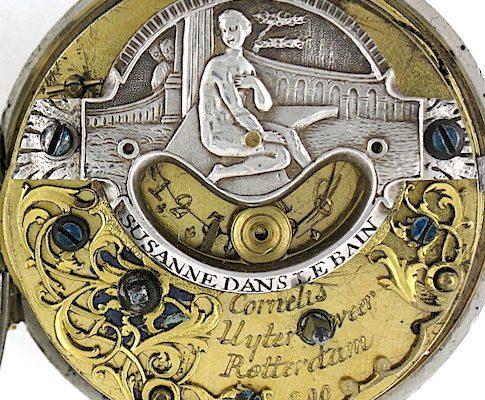 In good condition, complete and running.

In very good condition, and running.

DIAL : A white enamel dial, in excellent condition with just a few chips around the edge. This dial is a little later than the movement, probably from the 3rd quarter of the 18th century.

In generally good condition though there is a small hole in the silver just in front of the stem. The hinge is fine and the bezel closes correctly. The high dome, bull’s eye crystal is fine.

The stem and bezel are later replacements (mid 18th century).

MIDDLE CASE : A fine silver repousse case, with enamel plaque to the back.
All in excellent condition.

The hinge, catch and catch button are fine and the bezel closes correctly.
The shagreen is in good condition, and almost complete. Just a few very small pieces missing around the edge of the back, at the hinge and stem. The silver pins are tarnished in places, but are all present.

The story of Suzanne and the two old men (or Suzanne Dans Le Bain) is a biblical episode telling the story of a young woman, Suzanne, observed while taking a bath. She refuses the proposals of the two old men. In revenge, they accuse her of adultery and have her sentenced to death, but the prophet Daniel, still a teenager, intervenes and proves her innocence. He has the old men condemned. The episode is in chapter 13 of the Book of Daniel.