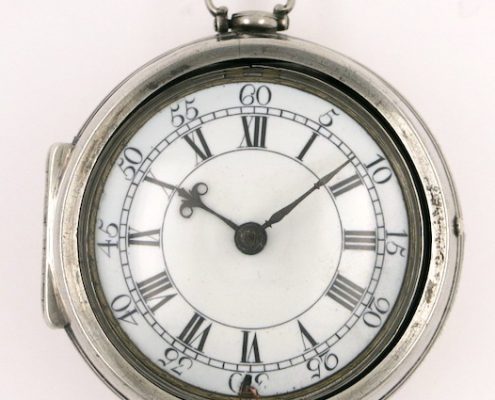 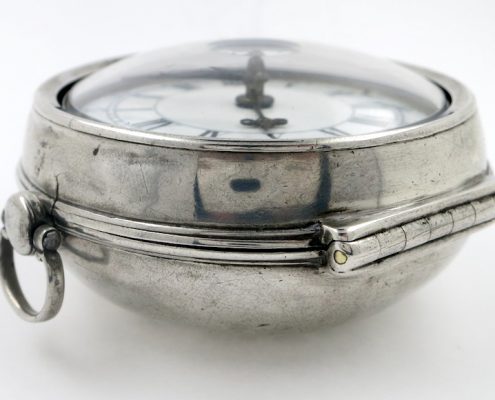 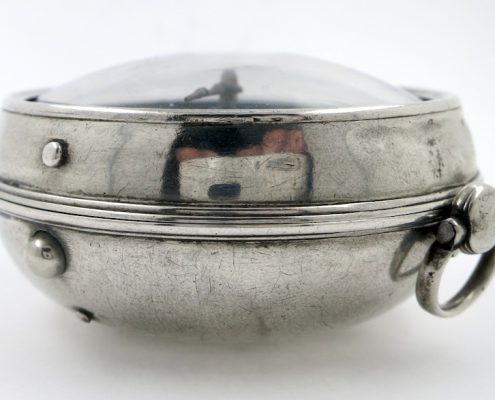 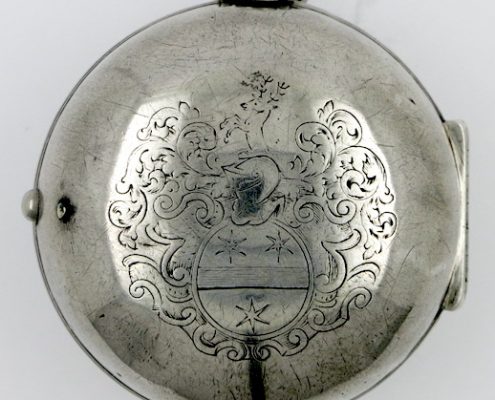 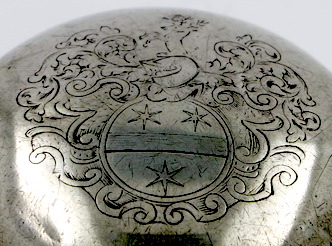 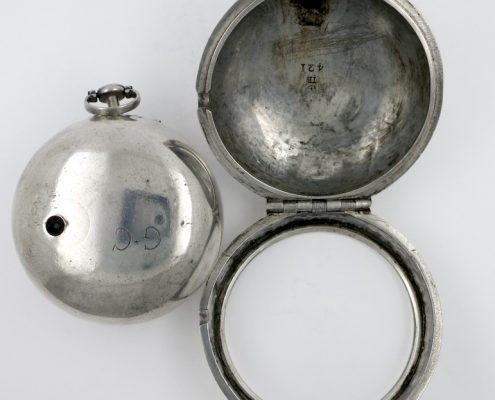 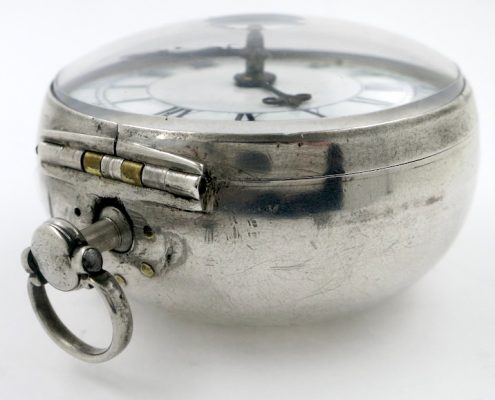 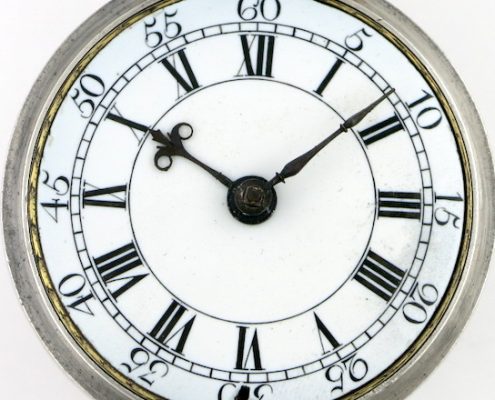 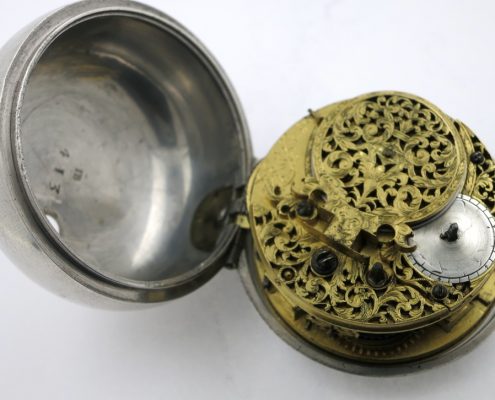 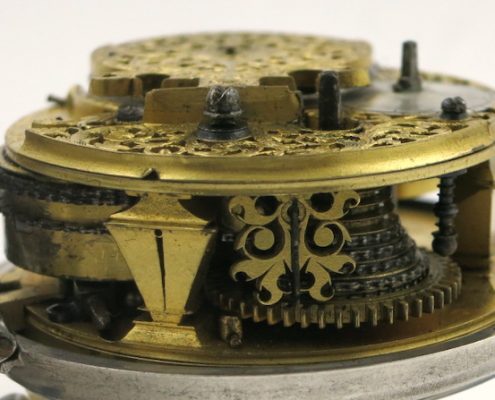 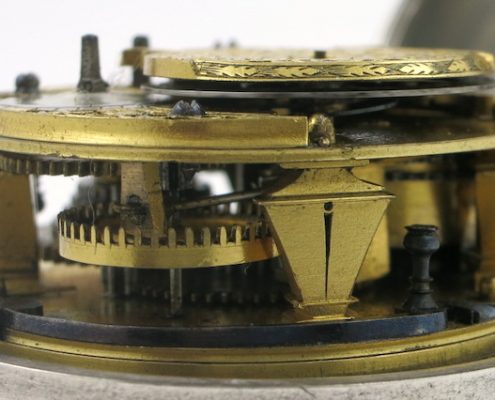 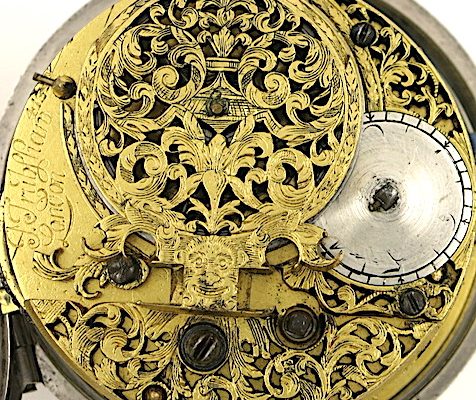 The balance cock foot has a ‘broken edge”, ie, not a straight edge, which is typical of late 17thc movements.

Running well, and in very good condition. Just a little wear to the silver regulator disk.

DIAL : A fine white enamel dial, in good condition.
This dial is from the first half of the 18th century, so is slightly later than the movement. The dial false plate however is original to the movement, and is stamped with the movement serial number.

No repairs or hairlines, but a small chip at the opening catch at 6 and some tiny chips on the edge at 9.

INNER CASE : Silver, with maker’s mark IB under a coronet (rubbed) and movement serial number. Initials ‘GC’ engraved on the back.

In good condition. The hinge is fine and the bezel shuts correctly. The high dome bull’s eye crystal is perfect. The stem has been reattached and reinforced with a small brass plate to the inside.
There is a small rivet against the winding hole, so there must have originally been a sliding shutter to this aperture.

In good condition again, with just a few very light bruises and a short crack to the bezel at the neck. The hinge, catch button and catch are fine and the case snaps shut.

John Trubshaw was apprenticed to Robert Halstead in London in 1679, and listed in the Clockmakers’ Company from 1686.

The case maker’s mark (IB under a coronet) is for John Banbury of London.