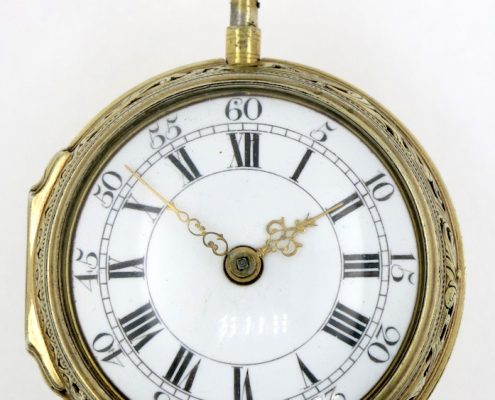 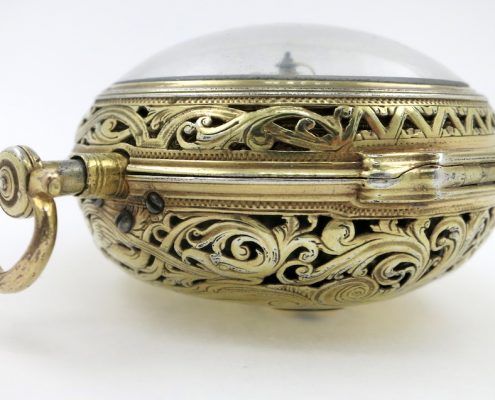 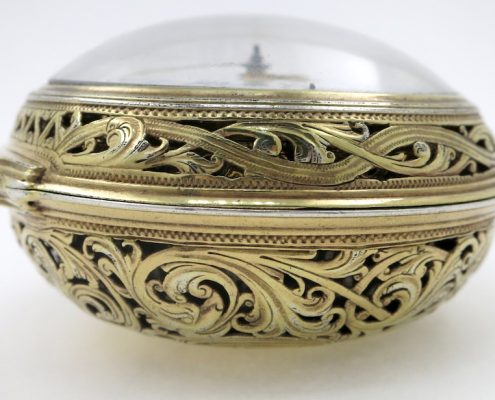 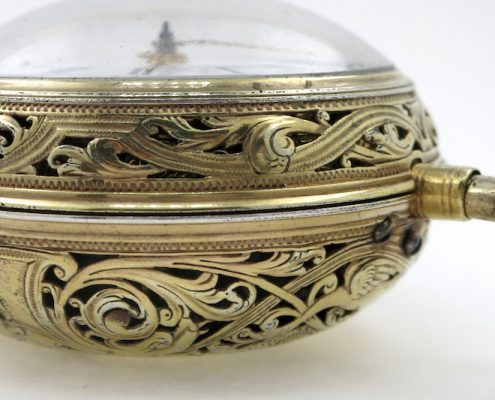 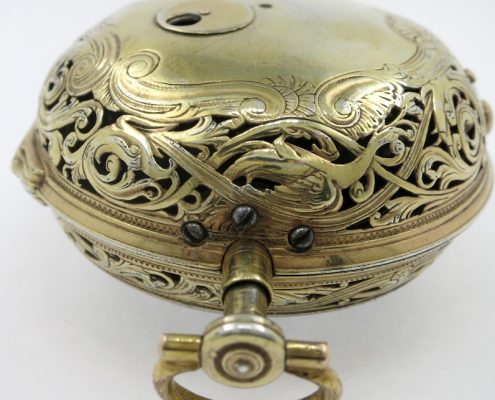 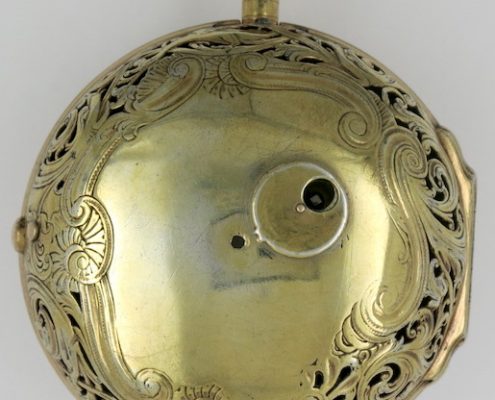 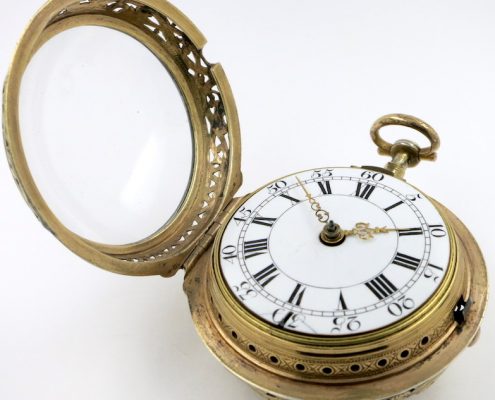 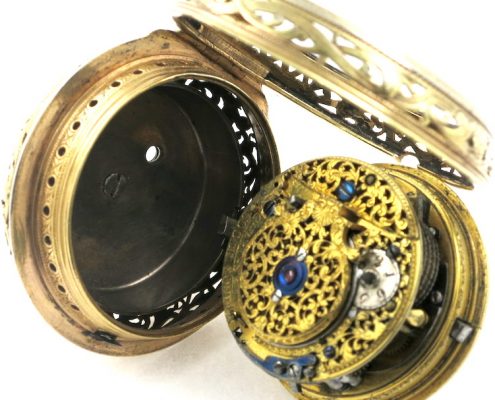 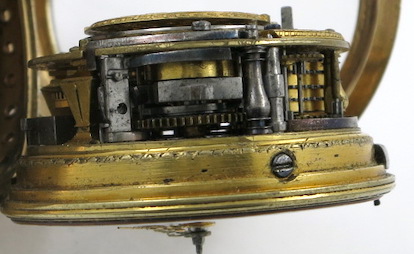 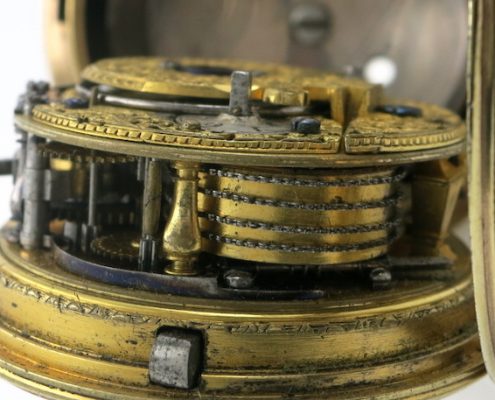 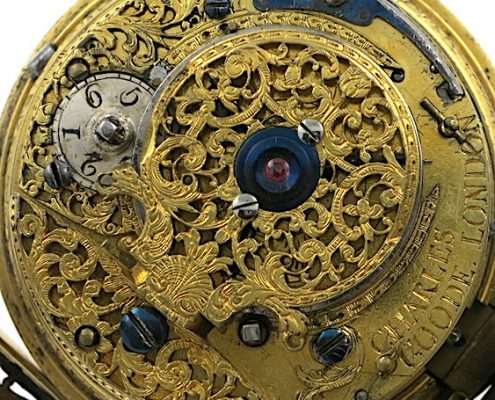 All in good condition, though there is a little wear to the rim of the balance cock table, near the regulator square.
Running well and repeating. The quarters are fine, but the hours, between about 10 and 2 tend to over repeat to 12 strikes.
Nice loud, clear strike to the bell.

DIAL : White enamel dial, in good condition. Just a few surface scratches and two short hairlines to either side of the opening catch. The dial is probably a little later than the movement (mid 18th century).

Charles Goode is listed in The Strand, London and in the Clockmakers’ Company from 1686. He died in 1730.

The repeating mechanism of this watch is a Stockten tyupe. The best London made eighteenth century repeating mechanisms were made using the this system, named after the original inventor Matthew Stockten (known also as Stockton, Stockdon or Stogden) who worked for both Daniel Quare and George Graham.

Charles Goode was one of the first London makers to use jewelled bearing in watches. This began in London between 1705 and 1710. Makers such as Goode, Tompion and Graham were among the few to fit jewels, which never became normal practice with verge escapements. Such early work is very rare.